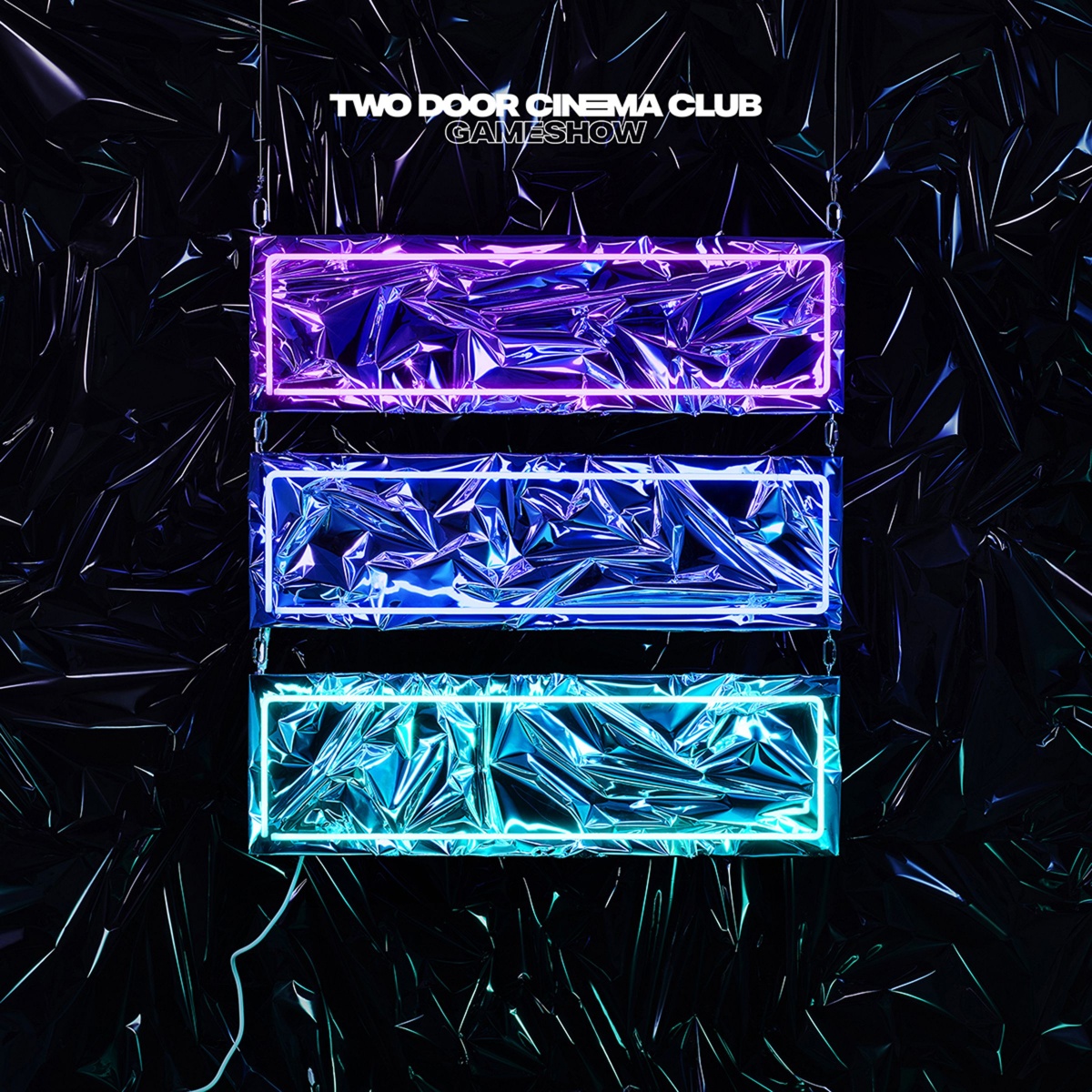 An album comprised of funk, dance, indie pop, vaporwave and the 1980’s makes up Two Door Cinema Club’s (TDCC) “Gameshow.” The band’s third album has a slightly familiar feel to previous albums, but the listener can hear there is some progressive effort made. It almost feels as though TDCC was going to reinvent themselves on their third album, but did not fully commit. As a TDCC album, they do not completely throw out their style from previous releases “Beacon” and “Tourist History.” However, the album tries to be something it only partially achieves.

The album’s title track, “Gameshow,” takes TDCC’s sound in a different direction not only from their previous two albums, but also from the album it has been released on. The song could be mistaken for a track by Cage the Elephant. There are guitars sputtering alongside a fed up Alex Trimble singing about being unwanted. This is one of the strongest songs on the album, however it is far different than the other songs. There is a semi-disco feel to this album, but most songs do not fully deliver this sound.

“Fever,” including a catchy Bee Gees chorus mixed with a modern melody, almost achieves disco status, but fails to do so during the breakdown. “Are We Ready (Wreck),” the album’s lead single, tries to combine the bridge vocals with the chorus at the end of the song. It does not quite work. Along with this fault, it also does not live up to the indie pop anthems their previous lead singles provided. “Bad Decisions” comments on the overuse of cellphones with the chant of “Generation Information,” but is overpowered by scattered, busy guitar solos. The song exemplifies TDCC’s take on the 80’s, but it’s tiring to hear about instant gratification due to cell phones.

Not living up to their previous works, TDCC does not produce a powerful single from the album. On their first album, the singles that launched the band into fame, “Something Good Can Work” and “What You Know,” were two anthems that pumped up the crowd at concerts and festivals. However, not all is lost from the sound that TDCC had created in the past. “Ordinary” has high stringed guitar melodies that can be found on previous albums. Three songs into the album, it begins similarly to Fleetwood Mac’s “Everywhere.”

“Gameshow” is not like the previous TDCC releases. Compared to the band’s first two albums, it is, for the most part, slowed down. Songs do not have the pulsing beat that fans are used to. Fans will enjoy the A–side of the album. The indie-pop funk that the album’s main focus appears to be, sizzles out on the B-side.

As a whole, “Gameshow” is not a failure. TDCC fans may be disappointed by the band’s attempt at a different route, however. The album may end on a strange, haunted merry-go-round inspired “Sucker,” but there are tracks on the album for all listeners. Listeners who enjoy indie pop and dance will find something to enjoy on TDCC’s hectic new album.