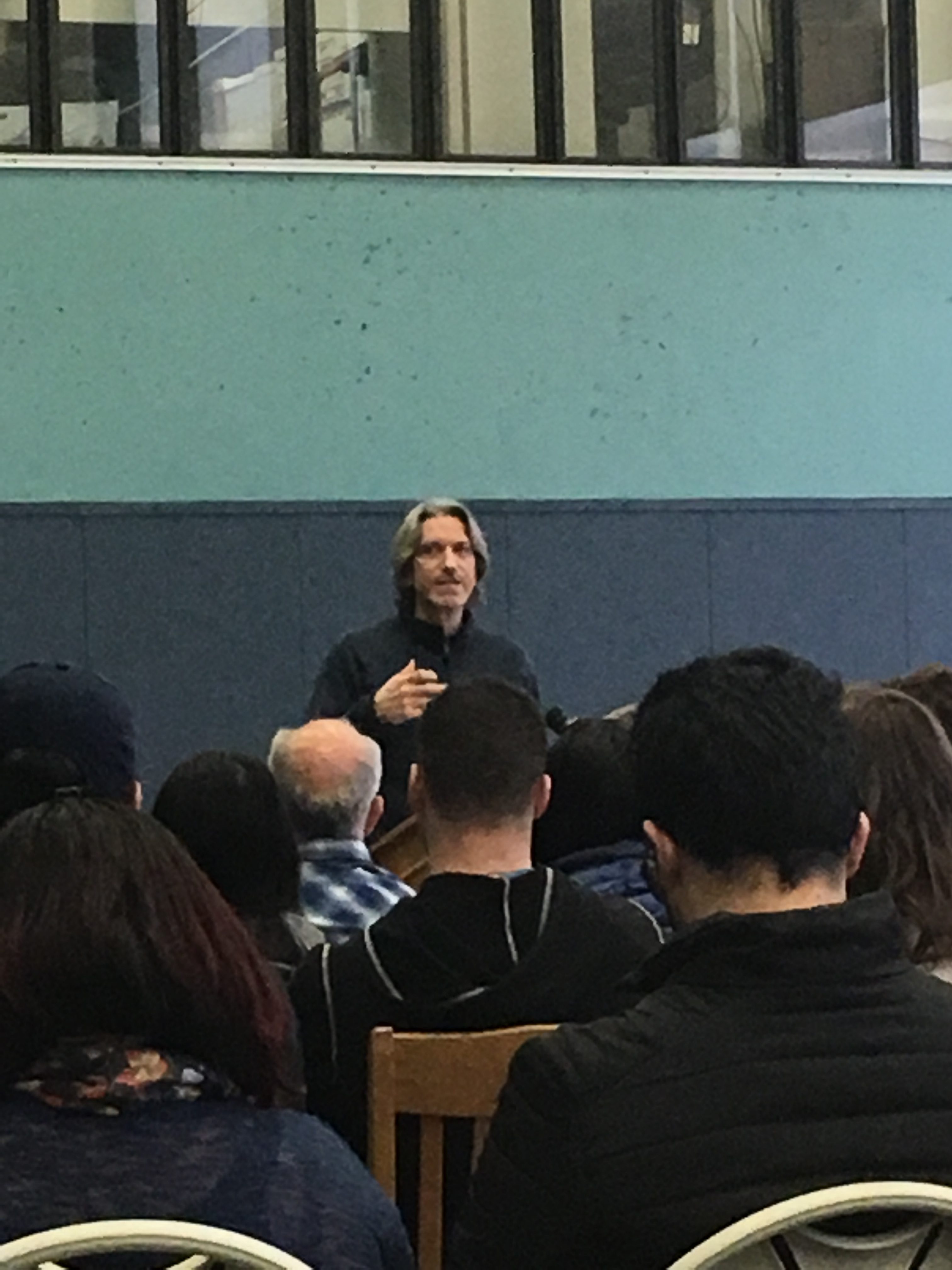 On Feb. 15, students and faculty members gathered in the O’Leary Library mezzanine eager to hear how activism can make a difference and how they can get involved.

Humanitarian, activist and published author John Prendergast came to UMass Lowell to discuss his work in other struggling countries and his experience with using celebrities’ platforms to make a difference.

Prendergast has worked with celebrities including Angelina Jolie, Ryan Gosling, George Clooney and several members of Congress and government officials. All of the people he has worked with have been for a cause or issue in another country that he felt needed to be resolved.

Supportive of grassroots political and social movements, Prendergast expressed his advocacy for young people to support movements that match their ideals and not be a bystander.

“Social movements, to me, are the key,” says Prendergast. “In almost every case of dramatic or even incremental social change, behind it is a social movement.”

Before delving into his work as a humanitarian, he talked about how social movements such as the Civil Rights Movement and women’s movements were so effective, and he said it is due to the unity and activism by the supporters.

He said that these movements are often the result of students taking action in domestic affairs and that his work thrived around bringing interest to international injustices such as “sweat shops, human trafficking, wars, terrible destructive wars, diseases [and] poverty.”

Prendergast spoke about the success stories he has seen in Africa as a result of student activism in the United States through rallies, peaceful protests and boycotts. These stories include the Blood Diamonds and the militias of Joseph Kony who kidnapped young children in Central Africa to support his armies.

But he put emphasis on how students and other Americans find out about these injustices half way across the world. He said the answer is with celebrity activism. “Because [these] people have an outsized platform as a result of being in the music industry or in films, some of them choose to use their fame for the purposes of the greater good and raise awareness to particular issues.”

Prendergast said at the peak of Jolie’s career, she became an extreme advocate for peace and traveled to Africa to support her efforts. She later became an ambassador for the United Nations (UN). Prendergast met her at a UN gathering in Washington D.C. and began working with her to advocate changes in Congo, Africa.

They both traveled to Congo together he said, and a tremendous following emerged in the United States due to Jolie’s involvement. The technology of the time allowed for their travels to be broadcasted online, which promoted Americans to get involved.

He has also worked with former President Bill Clinton, actor Gosling, and most recently Clooney on various activist and humanitarian causes in Africa.

Clooney and Prendergast became acquaintances when they were both following the genocide that was going on in Darfur, Sudan in Africa he said. Clooney was working on a video with his father, who is a former newsperson, and they gathered a huge following due to his fame. They met at a rally following this story, and have been working together as activists ever since.

Throughout his speech, Prendergast said how change is actually made in affairs happening domestically and abroad.

His true message came simply and clearly. Directed toward students and a younger generation, he said, “The real good news I want to bring to you today, is a very simple concept, and the concept is this: that activism [is], organizing, banding together around the things that you care about around this world. The things that matter to you, the principles that drive you. Activism works.”