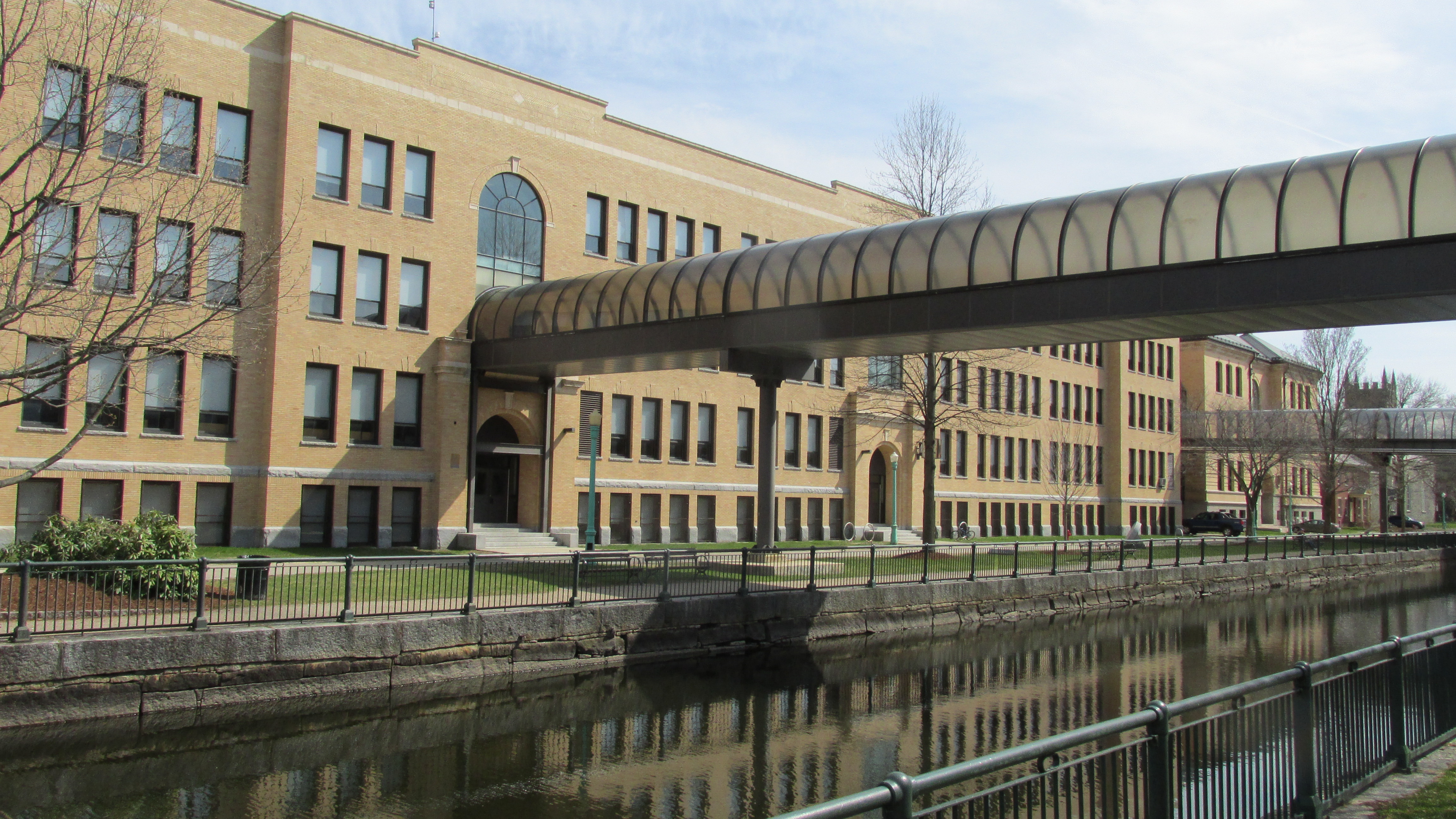 Lowell High School is currently located in downtown Lowell near the Tsongas Center. (Courtesy of Lowell 2020)

Holding over 3,000 students, Lowell High School is currently situated in downtown Lowell. But with an abundance of building issues and safety code violations, the city is planning on either fully renovating the school or moving it to a different location.

There are a few different options the town is considering and with each options having an estimated total cost of over $300 million, the decision of which is the best plan has caused widespread discussions and questions among city inhabitants and students alike.

The first option is to renovate and expand the school where it is currently located in the downtown area. This is most convenient for students, as many take public transportation or walk to school. However, there is hardly any space to which the buildings could expand.

The two options being considered would spread the school over six acres of buildable land, but this has some potential for environmental issues as the plans for the expansion require crossing the Merrimack Canal.

Additionally, students would be taught in modules, which would be temporary structures housing students and teachers while construction is taking place.

Despite this, some former students think the benefits of keeping the school downtown outweigh the cons, such as UMass Lowell student Kara Danas.

“I personally I do not know of any other students that had the experience of being able to walk around downtown and visit shops and family businesses like [I] was able to when attending Lowell High,” said Danas.

“If the city does choose to do anything to the current state of Lowell High School, in my opinion, renovating it but keeping it in its current downtown location would definitely be the best option.”
Although there are positive aspects of remaining downtown, there are realistic drawbacks.

One is that the sports field where most of Lowell High School’s athletic teams compete is located at Cawley Memorial Stadium. The city is considering building a new school next to the stadium where land is already available.

To some people, this site in the area known as the Belvidere neighborhood makes the most sense. The fields are available for students, the area is owned by the city and it is more open for construction in a central location.

Current UMass Lowell student and Lowell High School graduate Lindy Reed discussed her thoughts on what the city should do, but like most of the city’s citizens she feels conflicted over which plan is the best idea.
“I see both sides of the argument,” said Reed. “I understand why moving Lowell High [to the Cawley Site] could cause a lot of traffic issues, but I also understand that it would be very difficult to renovate the current Lowell High and maintain high quality learning environments for the students while construction is going on.”

The decision is ultimately up to the Lowell City Council, but civilians have been vocal about their opposition to the Belvidere site.

“Some people are afraid that moving Lowell High to a nicer neighborhood will lessen the value of that neighborhood or mar its reputation for being a very safe and wealthy section of Lowell,” said Reed.
Downtown Lowell is most convenient for low-income students which make up 75 percent of the student body.

There is another location for a new school being considered near Leblanc Park, but it is also located farther from downtown. This area contains much more buildable land, which the city estimates to be about 14 acres. Additionally, the high school would be located near the Wang Middle School and Pawtucketville Memorial Elementary School.

Still, many citizens, especially former students, said they believe the school should remain downtown despite the potential disruptions to students’ learning.

Another Lowell High School graduate and UMass Lowell student Kaleigh MacInnis stated her support for keeping the school in downtown due to the cultural and economic impact the students have on the downtown community.

“I definitely think they should keep it in downtown Lowell. I think that everything that Lowell represents—the culture, the diversity, also just logistically, the buses are downtown,” MacInnis said. “I want to see downtown continue to thrive and I’d hate to think that by moving the high school you would lose all of that.”

The city welcomes questions and concerns and citizens are encouraged to attend monthly School Building Committee Meetings. The next meeting is scheduled for April 6 at 10 a.m. and a decision is expected to be made in June.