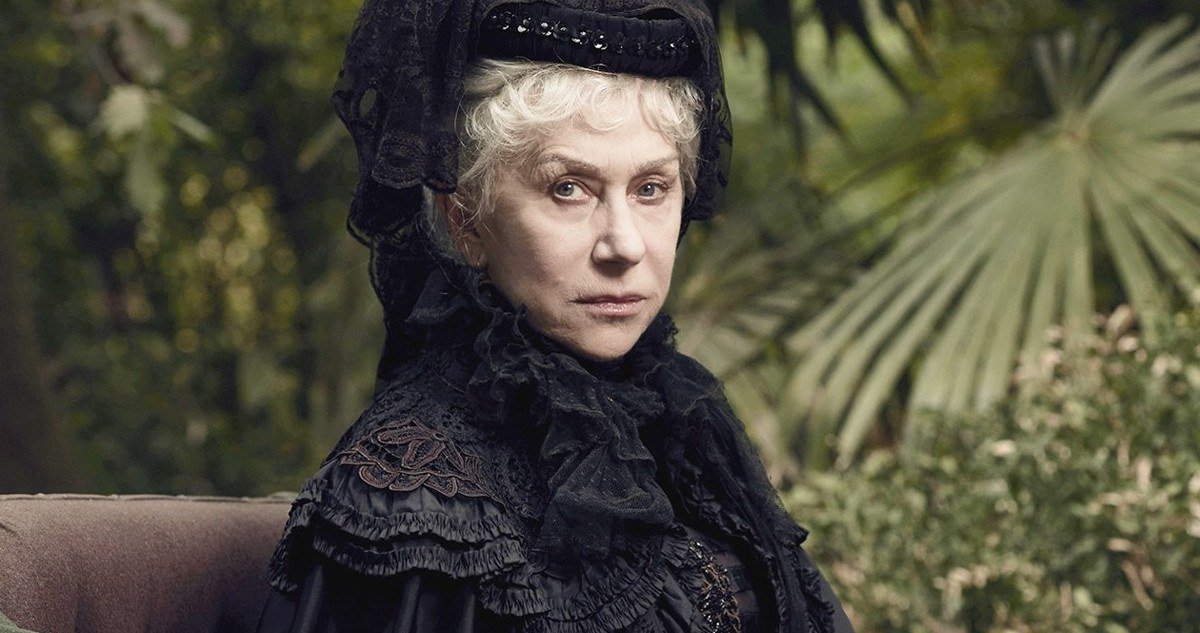 “Winchester” was directed by twins Peter and Michael Spierig. (Photo courtesy of Lionsgate).

On the urging of the board of the Winchester Repeating Arms Company, psychiatrist Eric Price (Jason Clarke) is sent to the home of Sarah Winchester (Helen Mirren), the company’s main shareholder and widow of the owner, to determine her mental state. Upon his arrival at the house, supernatural events begin to befall Price and the other occupants of the house.

What becomes apparent to anyone who has seen a good amount of horror movies is that “Winchester” seems to know that something is scary, but not why something is scary. The movie knows that ghosts and demons frighten people, but it does not realize that keeping the ghosts and demons hidden makes the audience’s minds run wild with their own imaginations of what they look like. “Winchester” reveals its ghosts 15 minutes into the movie, resulting in it being impossible for the audience to have a fear of the unknown because they have been exposed to what they should be frightened of.

To add to that, there are also a number of visuals or ideas that feel reminiscent or like homages to other horror movies, such as M. Night Shyamalan’s “The Sixth Sense” or Tobe Hooper’s “Poltergeist,” though they are reminiscent in look or idea only, not in execution. It seems like the most thought put in to copying these homages was someone saying, “Hey, this is a horror movie, and these popular horror movies did this. Let’s also do that.”

With zero understanding of how to make something scary, the movie is quite dull. To add to that dullness, the movie is incredibly boring.

For starters, there is no investment to be had in anything on screen. The characters are all uninteresting and one-dimensional, if the characters even rise to that level. Clarke and Mirren’s characters have one defining character trait each: Mirren feels guilty and Clarke is skeptical (even though the reasons given for his skepticism just make his character look like an oblivious moron), and any attempt to flesh them out is a spectacular failure due to poor execution. There are the side characters of Winchester’s niece (Sarah Snook) and great nephew Henry (Finn Scicluna-O’Prey) who only exist so that something of importance can happen in the movie, and whose characters are so non-existent that they could be replaced by rocks with the characters’ names painted on and the same effect could be had.

Then there is the lack of imagination that plays into the film being an absolute bore. The Winchester Mansion is a labyrinth of random rooms, doors and staircases, some of which lead nowhere. There is even dialogue in the movie where Winchester’s niece tells Price that the house can be difficult to navigate. The movie has a unique location and countless settings to utilize for creative scenes and scares. “Winchester” does none of this. Its failure to utilize its location makes the movie a generic haunted house movie, and it begs the question why even make it about the Winchester Mystery House at all if the filmmakers are not going to be creative with their creative setting?

The telltale sign of the movie’s failure, however, is not its lack of scares or its palpable dullness that makes the hour and 40 minute movie feel like 2 1/2 hours, but by the performances given by Mirren and Clarke. Mirren has been nominated four times for an Academy Award and won once, and Clarke has been making a name for himself the past half-decade, appearing in dramas like “Zero Dark Thirty” and blockbusters like “Dawn of the Planet of the Apes,” and it could not be more apparent how little either of them care. Mirren looks bored in almost every scene she is in, and Clarke is not giving it his best. When two talented and reputable actors are not taking the movie seriously, it is obvious there is something wrong.