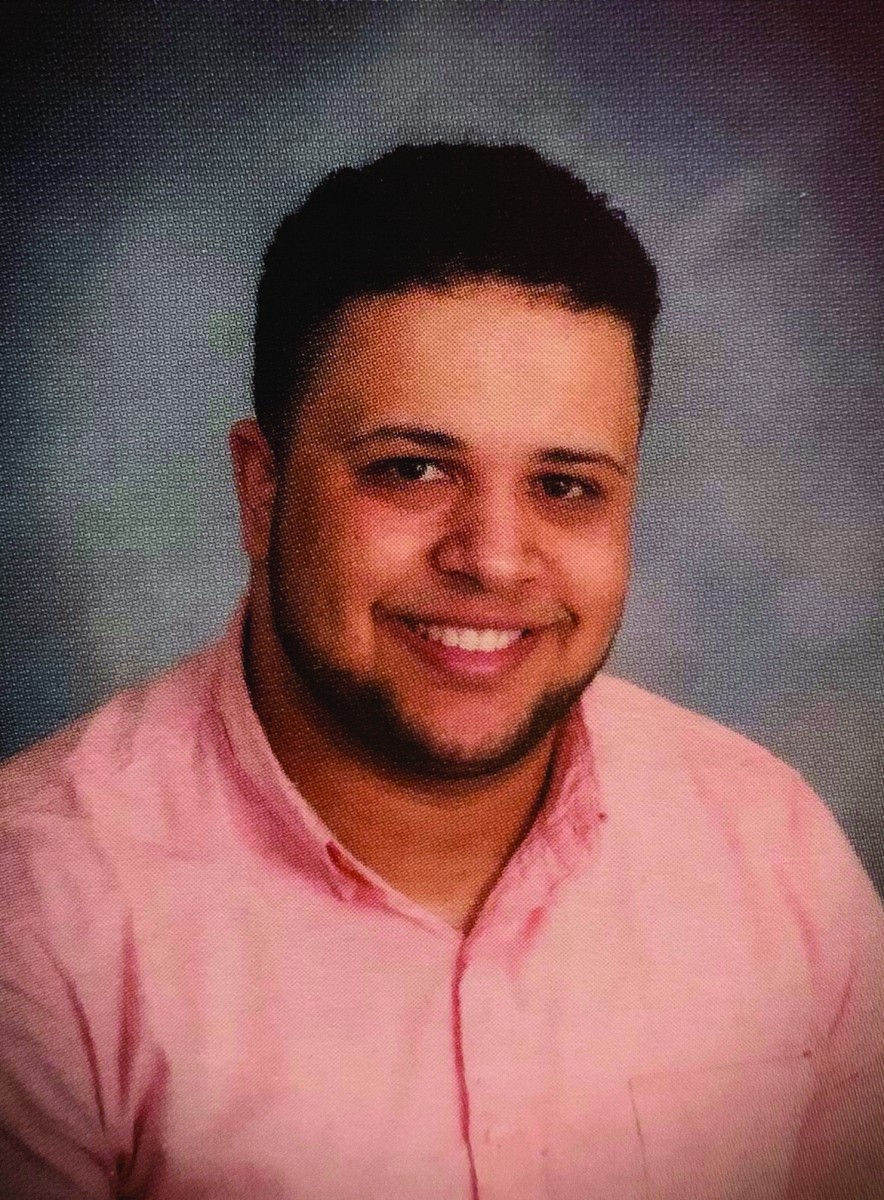 A member of UMass Lowell’s 2014 graduating class, Jonathan Perez holds more than just the title of an alumni. He is a veteran, husband and father in his daily life and during his academic one, was a non-traditional commuter transfer student. Perez’s story is one that is representative of a community that is unconventional and empowering.

Born in Dominican Republic, he came over to the U.S. at a young age and recounts the experiences he had with that transition.

“It was hard trying to communicate and things, it was difficult because you don’t know the language,” Perez said.

Like many children who grow up primarily speaking another language, the learning process is a lifelong one when it comes to English, but Perez optimistically reminisces on the experience.

“Overall it made me the person who I am today, so it was good,” he says about the tutor he had when he first came over to the states.

Moving from San Antonio to Brooklyn to Philadelphia, Perez grew up all over. Graduating from high school in Philadelphia in 2005, like any other teenager, Perez did not know what to do with his life. So, he decided to enroll in the military after graduating high school.

“I didn’t have anything going on, I didn’t know what I was doing, so a lot of people put it into my head that was a good option, so I went in it and tried it out,” Perez said.

Once in the army, Perez did two tours, both in Iraq. The first in Baghdad and the second in Mosul, Perez tells of his time there and the way his character developed during and after the war. He talks of the time he spent keeping security around his base, looking for bombs, amongst other things and mentions how appreciation became a prevalent theme in his life.

Perez mentioned how his tour in Iraq made him appreciate hot food, running water, a bed and family. With this appreciation for little things in life instilled within him, as well as an immense gratitude for the larger things as well, his character developed into one of an independent, disciplined person with a sense of responsibility.

A sense of responsibility that would serve him well when he arrived at UMass Lowell. After two tours and about four and a half years in the military, Perez got out and worked a few jobs but he could see himself staying at any job long term.

“Growing up, it was instilled in me that education was important. It’s all I would ever hear, is go to school,” he said.

So, with that, and his wife supporting and pushing him to go back, Perez made the decision to go back to school at the age of 24.  After doing two years at Northern Essex community college and getting his associates degree , Perez ultimately decided to transfer to UMass Lowell because of its convenience for him as a commuter.

While at UMass Lowell, (at this point age 26), Perez made use of study groups and UMass Lowell’s resources, including their libraries and computer labs.

“Just spending all day in the school working on papers and people helping you find what you needed… The upperclassmen helped you when it came to what to expect from classes,” he said.

Another resource he utilized was the veteran’s center.  It was a place where he could bond over shared experiences and stories with his fellow veterans. With mindsets melded by a place far away, and an all too real experience, the veterans center served as a place where he could be himself. With that community he realized they shared an appreciation of the little things, and unwavering gratitude of the big, all through a sense of community with other veterans.

With the veteran’s center, his study groups, his disciplined determination, the unwavering support of his wife and what he felt was responsibility to his family, Perez went on to graduate UMass Lowell and get his degree in accounting. A degree that allowed him to land his job a little over a month after graduating, which he is still at now.  He works as an analyst in the finance department of Kronos incorporated, and Perez recognizes the part UMass Lowell played in that.

“Having the name UMass Lowell in the resume was good, Kronos invests a lot into UMass Lowell, bringing in local kids,” said Perez. “Just take it easy, the end will come; it’s serious but don’t let that hinder your future.”