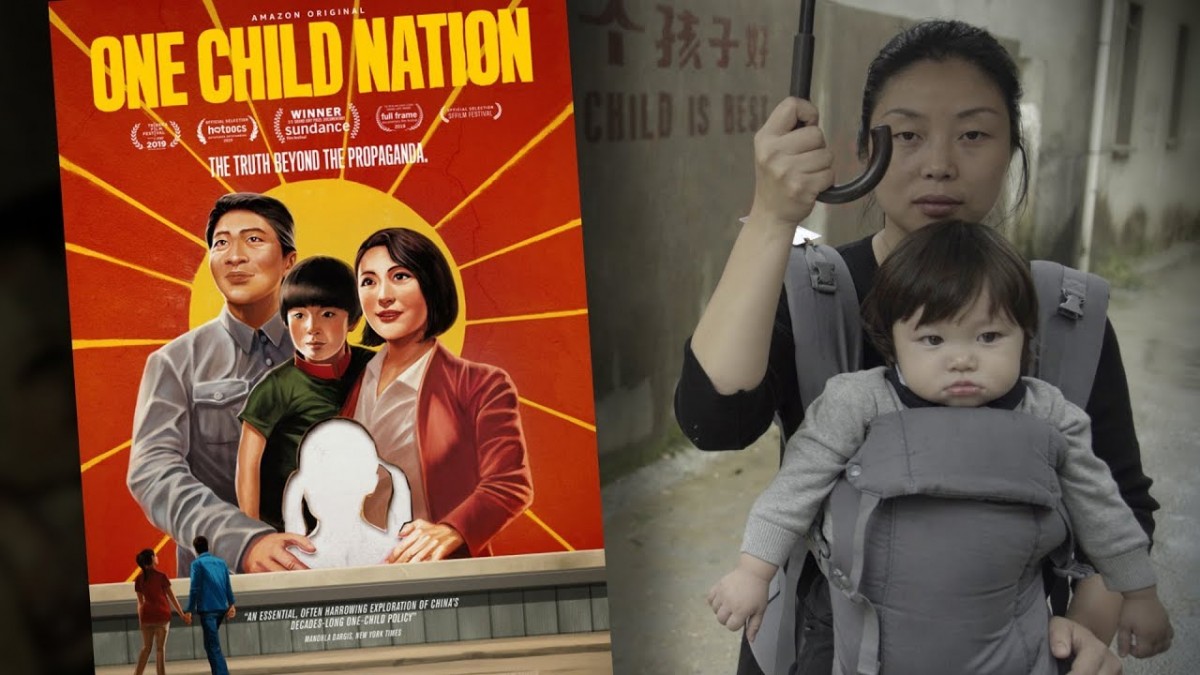 “One Child Nation” premiered at the Sundance Film Festival on January 26, 2019, before a select-theaters national release on August 9, 2019. (Photo courtesy of ReasonTV)

At 11 months old, I arrived in America with no evidence of my Chinese birth aside from a packet of documents which listed my birth province and assigned date of birth.

Nearly 100,000 Chinese orphans, primarily girls, have been adopted by Americans since 1992. For all of us, the limited information we have prompts us to create our own history to explain our past.

This was my abandonment story: China’s culture values sons more than daughters. A son will keep the family name alive and care for his parents as they age, while a daughter will marry and move in with her husband. With the implementation of China’s One Child Policy, sons were premium. When a daughter was born, her parents left her at a public place, hoping a benevolent passerby would take her in and give her the opportunity for a better life.

My story sustained me throughout my adolescence and offered a starting point to deconstruct the circumstances surrounding my adoption. But after viewing Nanfu Wang’s newly released documentary, “One Child Nation,” that history has been completely overturned.

Wang fearlessly rips the bandages from scars left in the fabric of China’s culture as a result of its One Child Policy, revealing the horrific actions taken to prevent “unauthorized” births and pregnancies while providing profiles of Chinese men, women, and small, discarded corpses.

Where “One Child Nation” stops, however, my survivor story as an abandoned Chinese infant begins. As journalist Pang Jiaoming wrote: “Children are kidnapped; Orphans are made; All to be sold to the West.”

I am a Daughter of China turned international adoptee, and the foundations of my adoption story were completely shaken by Wang’s film.

Many media discussions about the documentary have been focused on the forced abortions and sterilizations Chinese family units endured as “Family Planning” officials strove to keep their population numbers down.

As a Chinese-American adoptee, however, other messages imparted by Wang’s documentary were more significant revelations.

The stories we adoptees have made for ourselves often include some version of the line, “Your birth mother loved you very much, but she could not keep you.” While many adoptive parents believed this would be comforting, instead it makes us wonder, “Why?”

“Why didn’t my birth mother love me enough to keep me? What did I do that made her decide to abandon me?”

These questions are both haunting and unanswerable. It is one of the many hurdles we face as we grow up — made all the more difficult by uninvited scrutiny.

“Why don’t you look like your parents?” people ask. “Are you an exchange student? Why didn’t your real parents want you?”

The rationale presented in “One Child Nation” reveals that, for Chinese parents, the decision to abandon a child was cut-and-dried. When Wang’s mother was giving birth to her second child, Wang’s grandmother brought a bamboo basket into the room — in case it was a girl.

It was not a matter of love. It was practicality.

For some, this may be disturbing but, to me, it is comforting. There was no emotion, no talk of, “Your mother loved you very much.” There was no inspection nor introspection — no moment where someone said, “Look at this flaw. She is not good enough to keep.”

It was simply, “Our family needs a son; we cannot raise a daughter.”

This does not mean parents did not care for their children. These parents had several options, including infanticide. Instead of choosing this, many took action to give their child a chance for life.

Our Chinese adoption paperwork lists places that were frequently traversed as our location of discovery. We were told this is why we were discovered by a kind, concerned citizen.

“One Child Nation” suggests this may not be the truth.

Many babies left in streets and markets starved to death, unclaimed, so parents instead turned to “matchmakers,” hoping they would bring their unwanted children to someone who could care for them. These matchmakers – labelled traffickers – transported discarded children to orphanages, often crossing province lines. The matchmakers were paid by the orphanages, and qualified babies were put up for international adoption.

But as Wang reveals, when Family Planning officials caught wind of this underground industry, they decided to make it their own by raiding homes, seizing unauthorized babies and charging families “Social Maintenance Fees.” These kidnapped children were delivered to the orphanage for monetary compensation. Selected children were then adopted by families overseas, who were unaware that their “orphaned” child had, in fact, been forcibly taken from its birth family.

This revelation completely dismantled my abandonment story and left my imagined autobiography in tatters. Every last detail of the “finding” listed in my adoption documents is suspect, down to the province.

I used to say that I came to America with no birth name, no confirmed birth date, no birth language, no birth family, no religion and no ancestry. But now, that list has been elongated to include no authentic birth location and no authentic finder.

Seven years ago, I took a DNA test. The report was recently updated with a list of four possible Chinese provinces which may be my birthplace.

None of these provinces are the one listed in my adoption documents.

I could not explain this discrepancy, until “One Child Nation” presented new circumstances which could have led to my adoption.

Two of the provinces listed in my DNA report are direct neighbors to the one on my adoption paperwork. Was I transported from one of these provinces?

If so, then by whom – my parents, a matchmaker or a government official?

And now I wonder: Was I truly abandoned? Or was I forcibly taken from my birth family? Do I have siblings in China who still wonder where I am?

“One Child Nation” has exposed me to possibilities I never previously considered in my abandonment story, leaving me with more questions I will never have answers to. But after all, unanswerable questions are simply a fact of life for an internationally adopted Daughter of China.