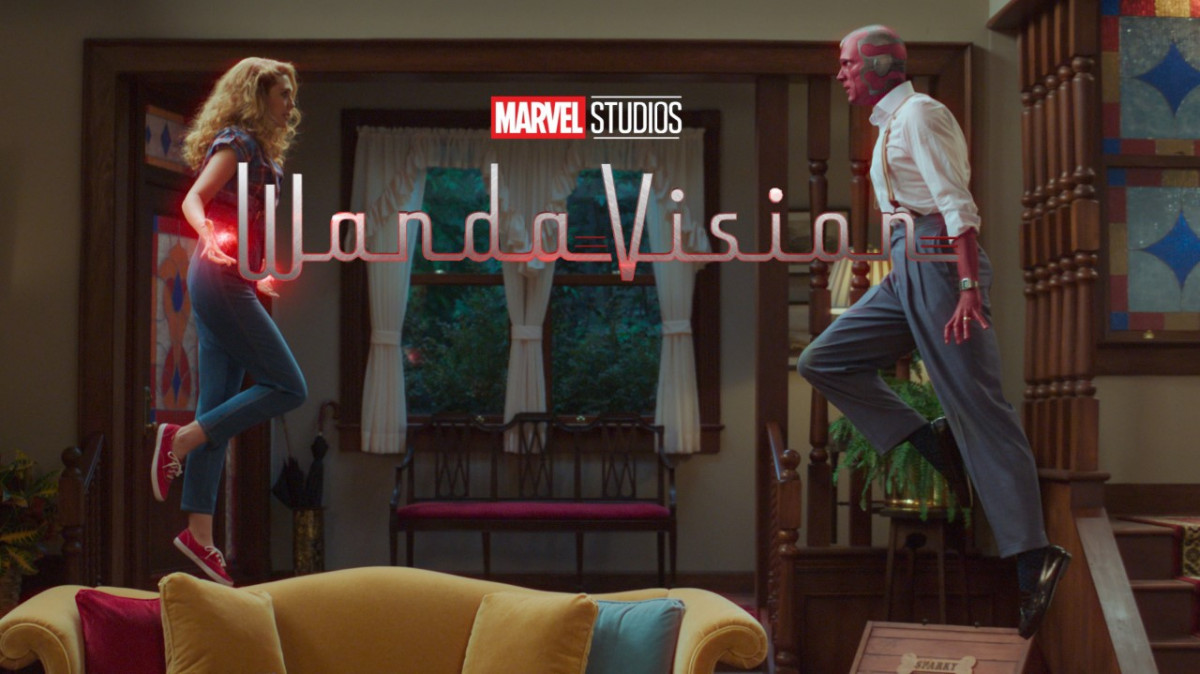 (Photo Courtesy of Marvel Studios) The first episode of “WandaVision” was actually filmed in front of a live studio audience.

“Black Widow” was set to be the first film to start Phase Four of the Marvel Cinematic Universe (MCU), but with the pandemic, the film was pushed back significantly. This made “WandaVision” the first Marvel content in about a year and a half. The hype leading up to and during the show had been building up since.

”WandaVision” is very unique in many ways, making it a difficult show to discuss without any spoilers. The show follows Wanda Maximoff (Elizabeth Olsen) and Vision (Paul Bettany) as they try to hide their powers while living in a picturesque suburban town. As the show progresses, we realize everything is not as it seems. Its uniqueness lies in its incorporation of tropes and conventions from television shows from the past 60 years.

The show has a very inconsistent storytelling style. Several episodes go by without too much information being revealed to the audience, which in some ways is great because it keeps the audience in suspense. But when they do answer some questions, the scenes almost act as an information dump. This is a very lazy form of storytelling.

Instead of giving a little bit more information, maybe in visual form, to allow the audience to come to the same conclusion, a lot of it is just airdropped to them in these exposition scenes. The episodes and scenes that do this are quite bland from a storytelling standpoint.

MCU fans spent the weeks between episodes theorizing and hypothesizing big things for the ending of the show. This led to many fans being disappointed when the story mainly focused on Wanda and Vision, instead of being a show that introduced the new era of Marvel.

In an interview for “Esquire,” Bettany said, “There is one character that has not been revealed. And it is very exciting. It is an actor I’ve longed to work with all of my life.” With viewers theorizing and questioning things that are happening in the show, this statement was taken as Bettany saying there would be a big new character that would be introduced, played by an actor he has never worked with. But it all turned out to be a joke, as the character was another version of Vision. Bettany was referring to acting alongside himself. Bettany, in an effort to be funny, raised viewers’ expectations for the show and the finale.

Another disappointment was the inclusion of Evan Peters in the show as Wanda’s brother. Peters is known for playing Quicksilver in 20th Century Fox’s X-Men films before Disney bought the studio. The show not only included Peters, but also said that he was Quicksilver. This led the audience to believe that Disney was incorporating the character from Fox’s X-Men universe into the MCU, but this turned out not to be the case.

Peters’ character was just a nobody; he was not actually Quicksilver, despite what had been stated earlier in the show. Additionally, there was nothing done with the character except having him be a major misdirection to the viewers.

Schaeffer has now worked on three Marvel properties, and it is difficult to believe that she was completely unaware of the assumption that the vast majority of fans would make. The culmination of all these factors sets viewers up to be disappointed. The end of “WandaVision” makes the show feel unfinished. The lackluster ending overshadows some of the better writing seen earlier, and it makes the show feel poorly written as a whole.

Overall, “WandaVision” is a flawed, but enjoyable show. It has references to popular shows from the past several decades, which can make it enjoyable for a viewer of any age. Even for someone who is not very familiar with the MCU, one can find themselves truly invested without prior knowledge. It is worth a watch if you are a fan of Marvel films or TV shows. The entire season is available to watch on Disney+.