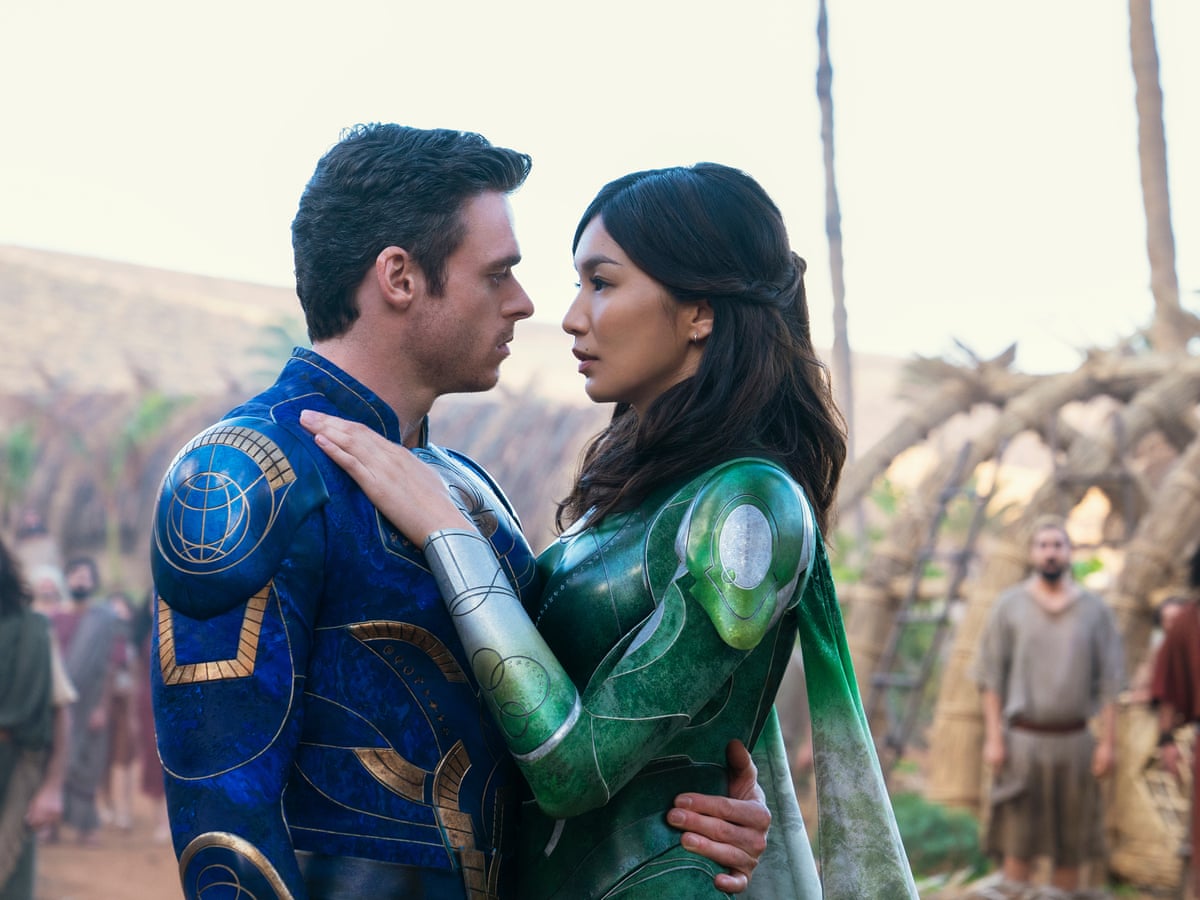 Most Marvel movies follow a somewhat expected formula, taking on an action movie format with constant comedic quips, following one or a group of characters taking on villains introduced early in the movie. Some movies adapt to slightly different tones, or surprise the villain reveals, but the overarching formula often feels the same. This, however, is not the case with “Eternals”.

While it may not be as drastic of a flip on the formula as fans of Oscar-winning director Chloe Zhao may have expected, “Eternals” remains a drastically different entry in the Marvel canon. Focusing far more on its characters and their relationships than action, “Eternals” puts an emotionally driven thematic story with strong acting performances before CGI action feasts.

This can be a swing and a miss in varying regards. “Eternals” is carried first and foremost by its strong performances, especially from the scene-stealing Angelina Jolie. She portrays the Eternal Thena, who is suffering from a psychological condition that often drives her mad. Her effective and emotionally nuanced performance is emblematic of the emotionally driven nature of “Eternals”.

Unlike many preceding Marvel solo outings, there are significant stakes in “Eternals” that are followed through on. The main characters struggle far more in “Eternals” than in any other solo outing, with some even dying. The ending has significant stakes for the greater Marvel Cinematic Universe as a whole, and we are likely to see their return sooner rather than later.

However, despite its ambitious aims, “Eternals” sometimes buckles under the weight of the story it is trying to tell. With such an ambitious, sprawling story, “Eternals” often feels over-packed with exposition and can suffer pacing-wise as a result. It is rarely boring, but the 2 hour, 45-minute runtime is daunting and feels unneeded.

With such a daunting backstory to undertake in telling the intended story, this runtime makes sense, and is probably needed. However, it could have served for more effective storytelling to tell their backstory in an introductory movie or television series, and then tell this new story in a sequel. Splitting this up would have also allowed for further fleshing out the ten Eternals.

While the development of the characters’ relationships was highly effective, individual characters often lacked in development due to the vast amount of content and characters. Several characters were killed off before the audience got an opportunity to care about them, stripping the movie of its fullest potential emotional impact.

Overall, “Eternals” is a unique and captivating entry into the Marvel canon. While some of its swings for the fences may fall short, it creates a promising future for the franchise as a whole, and hopefully it is the beginning of Marvel breaking out of its formulaic structure. With a shorter runtime and more focused plot, this could have been the strongest entry to date.