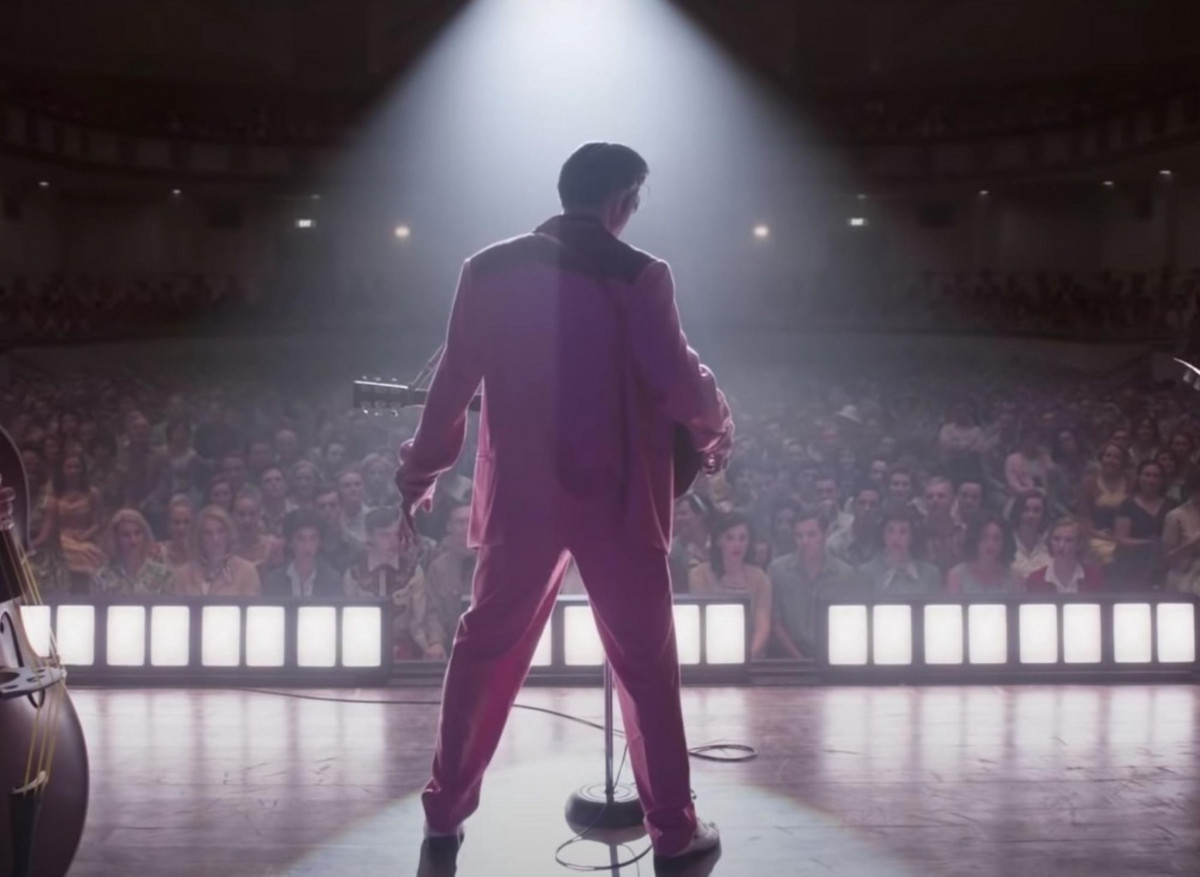 In one of the first clips, viewers got to see in the trailer released last month for the upcoming Elvis Presley biopic, “Elvis”. A young Elvis Presley takes the stage nervously, wearing a bright pink, two-piece outfit. His dark-colored hair slicked back with grease, except for a few lone bangs on his forehead. “Get a haircut buttercup,” a heckler yells from the audience. Presley collects himself. He begins his performance, and his visceral vocals fill the auditorium as he iconically flails his body. The girls in the audience shriek resoundingly in adoration; the ones in the front row reach their arms out onto the stage toward the electrifying singer.

From film director Baz Luhrmann, the motion picture is set to release on June 24, 2022. Starring as the “king of rock and roll” is 30-year-old actor Austin Butler with Tom Hanks co-starring as Presley’s talent manager, Tom Parker. Butler, a naturally blonde actor, has dyed his hair black for the role. Other prominent cast members include Dacre Montgomery as the influential American film producer and director Steve Binder and Olivia DeJonge as Elvis Presley’s wife, Priscella Presley.

Based on what the trailer shows, we will be getting a movie about Presley’s rise to fame, including context about Presley’s upbringing in Memphis and his childhood encounters with religion. “A reverend once told me, ‘when things are too dangerous to say, sing,’” says Elvis sitting at a piano in the trailer. Luhrmann is also concerned with having the movie encapsulating the historical context of the 1950s and 1960s of American culture. We hear a television tuned in to a news station announcing Martin Luther King’s assassination and Senator Robert F. Kennedy in the trailer. The trailer suggests we will see Presley’s reaction to these lamentable moments of history. “Tragedy, but it has nothing to do with us,” says Tom Parker in the trailer. “It has everything to do with us,” Elvis Presley responds to his promoter. An edited version of Elvis’s hit song “Unchained Melody” plays throughout the trailer providing stirring undertones.

The trailer, shows Elvis struggling internally with his legacy, family life and drug addiction. “I’m gonna be 40 soon…I need to get back to who I really am,” says Presley. We get shots of Presley’s daughter, a quick shot of Presley collapsing to the floor covered in sweat and shots of his dazzling performances in his later career. How these shots will unfold in the final picture is anyone’s guess.

Butler has expressed his excitement for this major project to be released to the public. “I just gotta say how profoundly honored I am that Baz has invited me on this journey with him. It’s truly the privilege of a lifetime. It’s gonna be an extensive exploration process. It was the call of my life, for sure,” Butler said in an interview with E! News.

“Elvis” is Butler’s biggest project since playing Tex Watson in Quentin Tarantino’s film “Once Upon a Time in Hollywood” back in 2019.