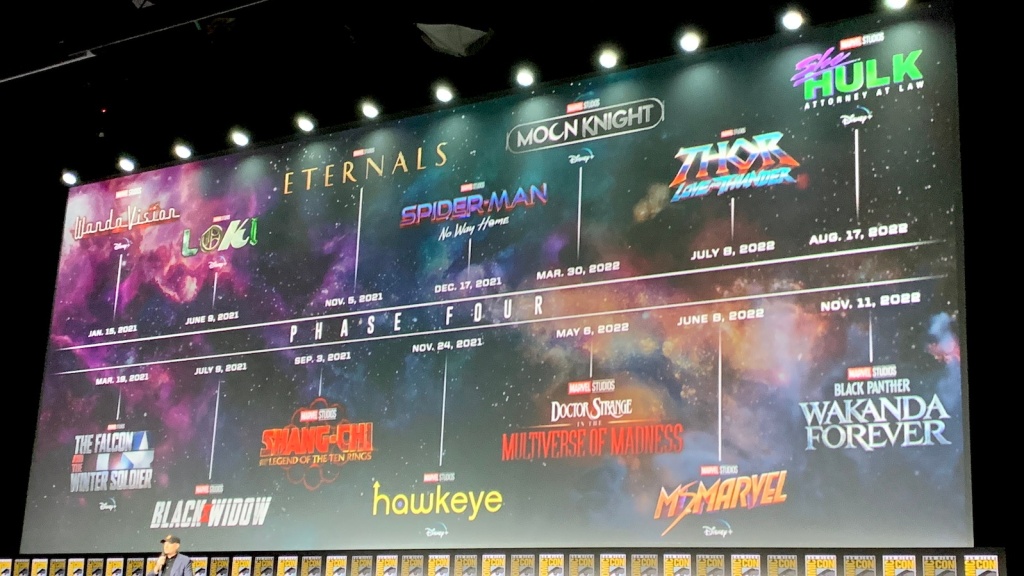 (Photo courtesy of Variety) Phase 4 came to a conclusion this fall with “Black Panther: Wakanda Forever”.

The Marvel Cinematic Universe is, in concept, a series of films and shows that work together across different individual series in order to tell a large, cohesive, and interconnected story. In its first 10 years, up until “Avengers: Endgame”, the finale of its first “saga” of sorts, the world building and continuity of this world, while not perfect (and downright broken in a handful of regards), was relatively functional and sound across the board. The same can be said for the character writing, which, while also having far from a spotless record, brought us on a journey with dozens of inspirational icons that we grew to love over time. While it had its flaws, the MCU was still an admirable achievement of those involved, one that earned the following it has today.

Unfortunately, in this most recent “phase” of the MCU, the world has been shown in excruciating detail how fictional world building and character writing can die a most painful, undignified death on the silver screen. It is, undoubtedly, the biggest dip in quality ever seen in a franchise of this magnitude and scale. The reasoning can be broken down into three primary categories: worldbuilding, plot, and character work.

To say that the MCU ever had perfectly coherent worldbuilding would be quite an objectionable sentiment. There have always been pieces that haven’t fit into the broader puzzle – but unfortunately, nearly everything that ever did make sense about this world has been shredded into pathetic tatters and cast into the wind. The primary culprit behind this is the element that is the focus of this next phase of storytelling – the multiverse. While it had previously been implied via dialogue that this concept had always existed within the MCU, shows like “Loki” decided to retcon that information and act as though it never existed up until its own plot commenced.

On top of this, the MCU doesn’t even seem to be sure exactly what its multiverse is, or how it functions. Its varying names – multiverse, dimension, timeline, reality, etc. – are all used interchangeably, yet, at the same time, are portrayed as different things, leading to no clear idea of exactly how any of this stuff really works. Films like “Multiverse of Madness” decide to state consequences of the multiverse – specifically incursions – that create massive plot holes for past films and the universe.

The aforementioned “Loki” also decided it would be a wonderful idea to retroactively nuke the stakes of the last 20+ films by revealing that free will – including that of our favorite characters – was never a thing prior to it, and that every major decision they ever made was not because they had the will to do the right thing, but because if they did not, their timeline would be “pruned” by the all-powerful TVA.

As far as plots are concerned, the scripts for MCU films have never been messier than they were in Phase 4. Films like “Eternals” are not only contradictory to the rest of the franchise, but to themselves – while “Multiverse of Madness” relies on the highest levels of contrivance and lazy writing to keep its plot moving forward in any fashion. The scripts are clearly not proofread – backed up by the fact that films like the aforementioned “Multiverse of Madness” were still being written (and far from done) as filming commenced.

While worldbuilding and plot are important elements to a story, it would be forgivable to a degree if the character work in Phase 4 was worth anything at all. This is because, above all else, people go to these movies to see their favorite characters – they are, at the end of the day, what sells these things. Despite there being some competent arcs and payoffs scattered throughout, the newest batch of Marvel movies and shows have done quite a good job at assassinating nearly every character it had going into this new era. Sam Wilson, Scarlet Witch, the Hulk, Loki, Black Widow, and Doctor Strange (who has perhaps received the most shameful plummet in intelligence) – are just a handful among many who have had their character work from the previous decade thrown down the drain in favor of being shallow idiots who make very few smart decisions in order to progress these shameful excuses for competent, coherent stories. It’s an absolute shame that these incredibly talented actors and actresses (who truly give it their all) are being handed such abysmal writing.

In short, Marvel’s Phase 4 has been nothing short of a mess. Unless Marvel Studios can slow down and take time to recapture the creativity and quality that made its first 10 years so memorable, it may be a tragic death sentence for the franchise that has captivated audiences so deeply.