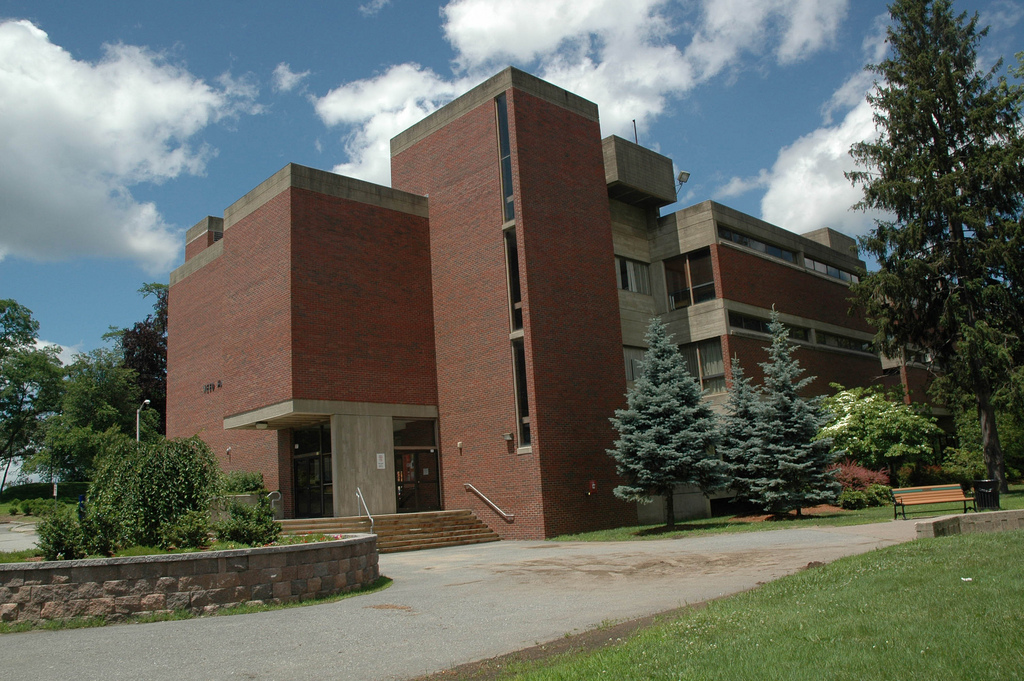 Weed Hall on South Campus is home to many classes for students in the School of Nursing. (Courtesy of UMass Lowell)

For UMass Lowell nursing students, 850 is the magic number that stands between them and their nursing degrees.

The School of Nursing implemented a more rigorous standard for its students this academic year, requiring that they score an 850 on all HESI exams to remain in the program.

The HESI exam is a standardized test used mainly to prepare students for and predict the likelihood of success on the NCLEX-RN exam required in order to become a registered nurse.

Nursing students take at least one HESI exam each semester beginning in their sophomore year, meaning that their place in the program is constantly at stake from now until graduation. Students take these computerized assessments on various subjects throughout their undergraduate nursing careers.

“I didn’t know what was going to happen to me, basically,” junior Christina Galluccio said after scoring below an 850 on one of her HESI exams last semester. “I tried asking teachers. They didn’t know, and if they did, they were not keeping me informed. So basically, they just told me to wait, and I knew something was going to happen.”

After failing to meet the requirement, Galluccio, like others in the program, received a letter of dismissal, which she appealed in the hopes of returning to the School of Nursing. Her letter came less than two weeks before the start of the spring semester, giving her little time to prepare for this semester after being reinstated days before the semester began.

“I didn’t know at that point whether I was going to be back in the program, so I hadn’t bought my books or read the syllabus and that left me really unprepared for the start of class,” Galluccio said.

The 850 score requirement for HESI exams was determined by School of Nursing faculty, according to College of Health Sciences Dean Shortie McKinney.

“The 850 score requirement may sound high. In fact, a score of 850 is equivalent to a C. This is not an unreasonable expectation for nursing students,” McKinney wrote in a statement via email.

“The School of Nursing has obligations to both students and the public:

While students normally have to worry about preparing for exams each semester, third-year nursing major Amanda Solari says the HESI score requirement adds additional stress to her life as a student.

“I get it, you need to get a good grade on it,” said Solari, “but at some point, you’re just adding so much stress to people’s lives that they just can’t function.”

For Solari, entire days throughout the semester are taken up to maintain her studies and good standing in the program.

“I literally do nursing from nine to five every day and then I go back to my room and just sleep,” she said. “My social life is non-existent.”

On the other hand, sophomore Sarah Nasuti says that HESI exams are important and valuable part of the nursing curriculum.

“I think it’s a great requirement for us,” Nasuti said. “It definitely is a nerve-wracking test and can seem pointless, but when I think about it, I don’t want a nurse working on me who was unable to pass this test that is based on the fundamentals of what we do. If you can’t pass that test and know what you need to do to help people, then nursing just isn’t the career for you.”

UMass Lowell nursing alum Nicole Hamel, who took 11 HESI exams as an undergraduate and passed the NCLEX-RN on her first try, said she thinks the score requirement is a benefit in the long run but a turn-off in the short-term.

“They’re trying to do whatever they can to help people in the program, but they’re scaring people, so they need to find a way to help students without scaring them out of the program,” Hamel said.

The possibility of being dismissed from the nursing program has been a daunting and surprising threat for senior Elizabeth Montiel since the change in the curriculum.

Looking for a compromise from the nursing program to relieve student stress, sophomore Sabrina Andrews hopes to see additional HESI practice resources provided to students in order to help them pass the exams and stay in the program.

“We should be able to get one of the HESI practice programs that you can buy online for another $200, which I’ll probably end up doing because I want to get a good grade,” Andrews said. “But if that was already presented to us, it would be really helpful.”

Administrators from the nursing program declined requests for interviews from The Connector but plan to address student concerns at the School of Nursing Town Hall Meeting on Tuesday afternoon in O’Leary Library.