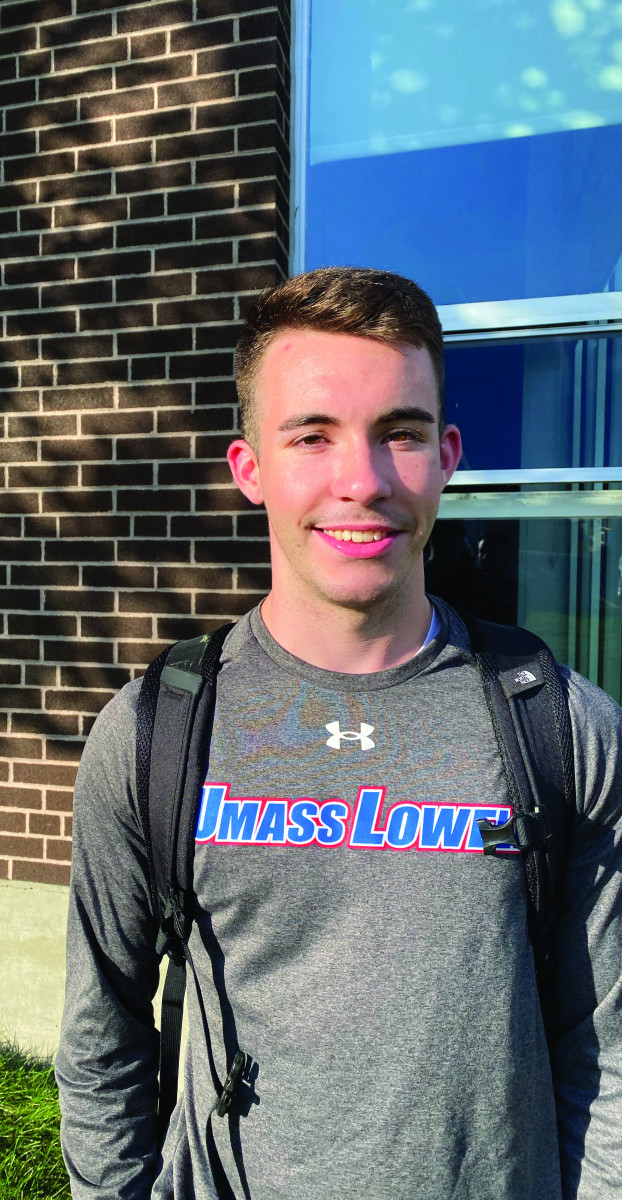 (Photo courtesy of Michael Van Arnam) Humans of UMass Lowell is a project that aims to bring together the University community by sharing stories and experiences via social media.

Cade Chalmers, a sophomore public health major, is willing to help any friend in need at any time.

“If the world was ending tomorrow, I would be proud of how I’ve supported and helped my friends… I’ve always tried to be there for some of my friends, even if they’d reach out and need something or just need support and need some- one to talk to,” Chalmers said.

If Chalmers comes across a friend in need of help, he will always try his best to be there for them. It doesn’t matter if they haven’t been in touch recently, he’s willing to listen to them. “I would want the same if I needed something,” he said.

Chalmers used to study engineering but found it to be too isolated for his taste. “I would rather work with people.”

Now, Chalmers is pursuing a career as a nurse, which he finds much more sociable and fulfilling.

Chalmers favorite fictional character from anything ever is Phil from “The Hangover,” which provides a humorous foil to Chalmers considerate personality. Phil is an evidently poor friend throughout the film, constantly leading his friends into trouble and danger.

Phil’s chaotic behavior captivated Chalmers. “He’s like the guy who just gets people to actually do things. Everyone’s afraid to do it, and he’s just like yeah let’s go do it,” he said.

Also, Chalmers is proud to be left-handed since most people are right-handed.

His uniqueness doesn’t stop there. His first name, Cade, is pretty uncommon. He says his parents were just simply interested in choosing stand-out names, but he is not named after anything in particular. “I’ve actually asked my parents that and they said there was absolutely no reason,” he said. “They just literally just wanted a unique name and they somehow found Cade.”

Chalmers also desires a peculiar superpower: teleportation. “I want to be able to like travel just when- ever I want to. I’m just like, all right, we’ll go there. Plus, I wouldn’t have to worry about sitting in traffic. I feel like your day would just be so much quicker.”