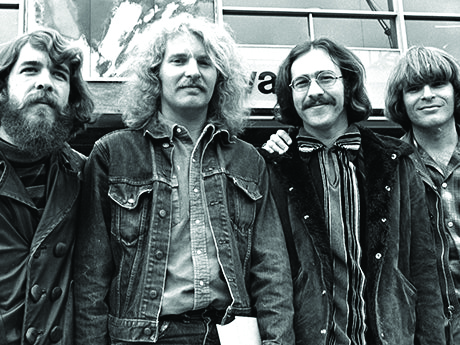 In an age where musicians use their voices for more than just entertainment, but rather, to spread a message, it’s not hard to come across a plethora of songs written about major social movements. In case you’re feeling rebellious, here are five songs you can listen to that each cover their own major social justice struggle.

In this cover of Billie Holliday’s 1939 song of the same name, Nina Simone delivers what can only be described as an immensely impactful, yet uniquely disturbing experience with her unforgettable voice backed by a somber piano. The “strange fruit” that Simone sings about is in reference to the countless Black Americans that were lynched across the American South for decades. The delivery of the message through deep use of symbolism combined with the very bare-bones piano instrumental that evokes a feeling of sorrow is in large part what has made this song so synonymous with these frequent atrocities committed during the nineteenth and twentieth centuries. In 2002, this song was chosen to be preserved in the American National Recording Registry due to its impact.

The Beatles gained their wild fame during a time of great upheaval in the United States, the 1960s. In the single “Blackbird”, off their 1968 self-titled album, Paul McCartney sings of a Blackbird that must learn to overcome the challenges set in front of it by spreading its wings and soaring free of the bonds that hold it. While this song has been interpreted in a few different ways, the most widely accepted meaning of the lyrics (including by McCartney himself) is that they are sung in reference to the Black Civil Rights movement of the 1960s. The overall theme of perseverance and use of the blackbird – an innocent, gentle being – as a symbol of those involved in the movement are perhaps what give this song such an inspiring feeling.

This posthumously released song by Hip-Hop icon Tupac Shakur is remembered to this day as one of his best. Covering a wide array of topics, such as racial tensions between Black and White Americans, the War on Drugs, poverty and even the War on Terror, Tupac manages to thoughtfully convey his ideas about how we can begin to acknowledge the systemic flaws that still remain in our society, and eventually, heal together as one people. It’s a song that is very clearly written by someone disheartened by how people treat each other in our communities, but who also believes in goodness at the core of human beings – a goodness that can prevail. The impeccable sampling of Bruce Hornsby and the Range’s song “The Way It Is” that plays in the background gives the lyrics upbeat, energizing instrumentals to be delivered on top of.

Entered into the National Recording Registry in the same year as the aforementioned “Strange Fruit”, Aretha Franklin’s timeless cover of Otis Redding’s “Respect” is without a doubt one of the most invigorating and empowering songs in modern American history. Written in a time where women were not granted a considerable amount of the same rights and privileges as men, this song became the uncontested anthem of the 1970’s feminist movement. Aretha Franklin’s incredible voice soars over the instrumentals, demanding but one simple yet important thing from the recipient of this message – respect. If you hear this song today, chances are it’s being played in tandem with a film or presentation of some sort about women’s rights in America. That in and of itself should be a demonstration of how synonymous this song has become with the movement, and how much it inspired an entire generation of Women to stand up and fight for change.

Finally, we have what is often simply referred to as “the Vietnam song” in conversation. This recording, above all others, may stand as the single most misinterpreted song of all time. Though it’s often played by people as a display of nationalism and the might of the United States military, “Fortunate Son” was originally written in protest of the highly controversial Vietnam War and the rich bureaucrats who sent young people to die in it while protecting their own children from having to do the same. It’s very open about being anti-war and gets the point across that something is deeply wrong with this aspect of the American system. It has a strong “stick it to the man” feel to it (as many CCR songs do) and will live on forever in the National Recording Registry as a challenge to what is traditionally pushed as being patriotic and pro-American by the United States government.