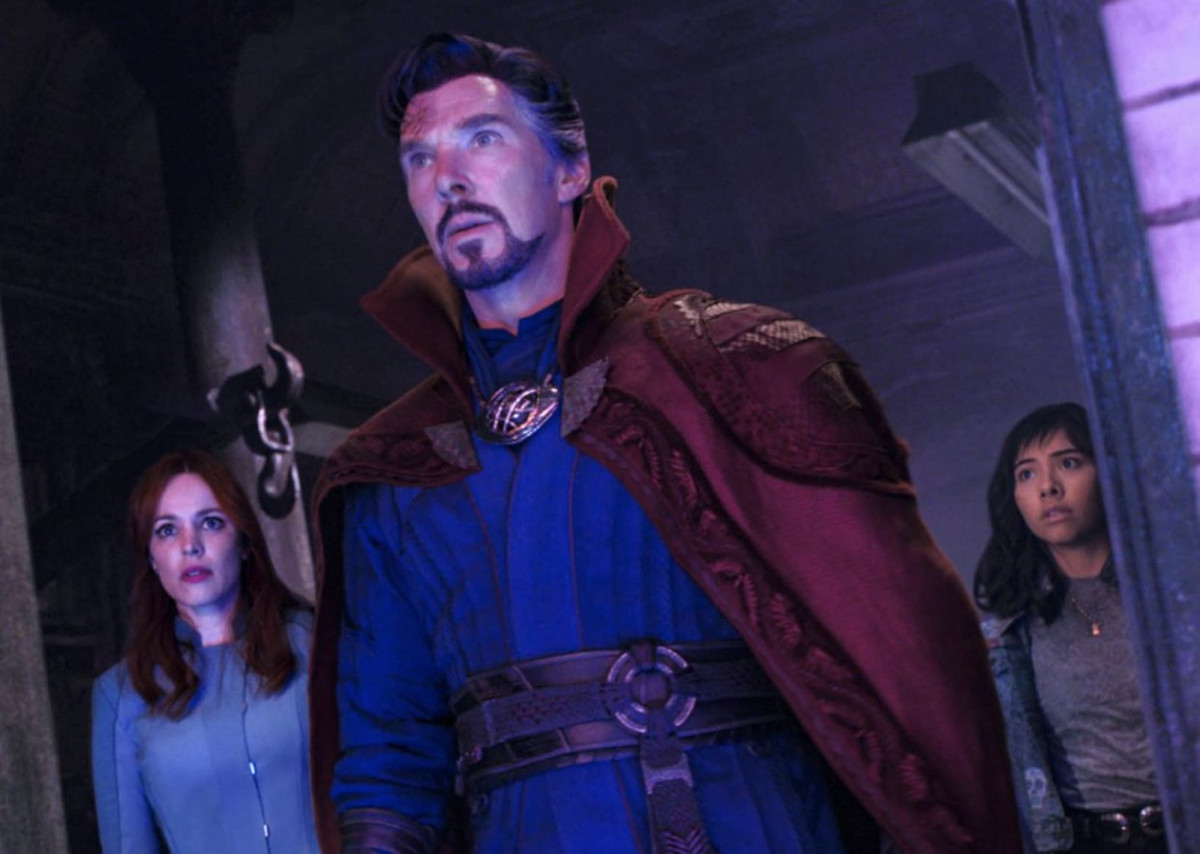 (Photo Courtesy of Marvel Studios) The sequel to “Dr. Strange” will be on theaters by May 6.

With theaters finally making a comeback after a tough couple of years for business, more movies are being released to meet that demand. Here are five to look out for in 2022.

“Doctor Strange in The Multiverse of Madness”

After 15 years away from the superhero genre, Sam Raimi is making his directorial return this spring with the sequel to 2016’s “Doctor Strange”. Set following the events of last December’s “Spider-Man: No Way Home” (dir. Jon Watts), this next entry in the MCU follows the titular character in his adventures through the multiverse, an adventure which is sure to be one for the books. The first official trailer for the film confirmed the return of Sir Patrick Stewart in the role of Charles Xavier, who he played in Fox’s “X-Men” franchise from 2000 to 2017. This will be the first time a real mutant character is seen in the series, since the acquisition of 21st Century Fox by Disney saw the rights to the characters returned to Marvel Studios. If there’s one thing to look forward to in this film, it’s the classic Sam Raimi style that will undoubtedly be present—and the potential horror elements that could come along with it. “Doctor Strange in The Multiverse of Madness” opens in theaters May 6.

Director Robert Eggers has certainly made his mark in the film industry in the last decade. With critically acclaimed hits such as 2016’s “The Witch” and 2019’s “The Lighthouse”, Eggers is turning his directorial focus to the era of the vikings in the effort to deliver a stunning revenge drama. While it’s not quite clear what can be expected from the film as a whole, the star-studded cast, including Willem Dafoe, Ethan Hawke, Anya-Taylor Joy, Alexander Skarsgård and Nicole Kidman will most certainly deliver a lineup of memorable performances under the direction of Eggers’ talent. It will certainly be interesting to see how the story takes advantage of its setting to tell its story in a more effective way. “The Northman” arrives April 22.

It’s a Stephen King story. What else is there to be said? While adaptations of his novels have been spotty in terms of quality, the material he’s written is so timeless that it’s hard to not be excited whenever something he’s done is brought to the big screen. The next book in line for this treatment is the critically acclaimed “Salem’s Lot”. It’s a vampire story that, if done right, will make for a magnificent film experience. Given that the director behind this movie, Gary Dauberman, penned the scripts for both “IT” and “IT: Chapter Two”, as well as the three “Annabelle” films, it’s clear that he has experience in the genre, and even with other Stephen King adaptations. Best case scenario, we can expect a thrilling big-screen retelling of one of King’s most famous tales. If it’s even half the quality of his writing, it’s sure to be entertaining. “Salem’s Lot” hits cinemas on Sept. 9.

There is only one film Marvel has failed to beat at the box office, and that’s 2009’s “Avatar”, which holds the title of highest grossing film of all time, even 13 years on—quite an impressive feat indeed. Over a decade later, renowned director James Cameron is coming back for more. With minimal information about the movie available to us at the moment, it’s unclear how exactly the story will continue, but if it’s taken Cameron this long to revisit the world, it’s safe to say he’s probably had time to gather some ideas up his sleeve. Much of the original cast is returning, including Sam Worthington, who is reprising his role as protagonist Jake Sully. The original was seen as a benchmark for CGI at the time it came out—it remains to be seen if this sequel will continue to break the mold. “Avatar 2” will mark the return of the franchise on Dec. 16.

“The Unbearable Weight of Massive Talent”

It’s the film we aren’t deserving of, but the one we’ve been gifted with regardless. This year,, audiences everywhere will be privileged enough to see one of the greatest movie concepts in recent years come to life: What if Nicolas Cage played himself? Truly, we are not worthy. In all seriousness, previews for this film actually look quite promising, with early critics’ reviews being almost universally positive. All signs point to this film delivering on its incredibly unique premise, and with Pedro Pascal of “The Mandalorian” starring alongside Cage, there’s no doubt that this will be one of the most memorable films of the year. “The Unbearable Weight of Massive Talent” opens April 22.