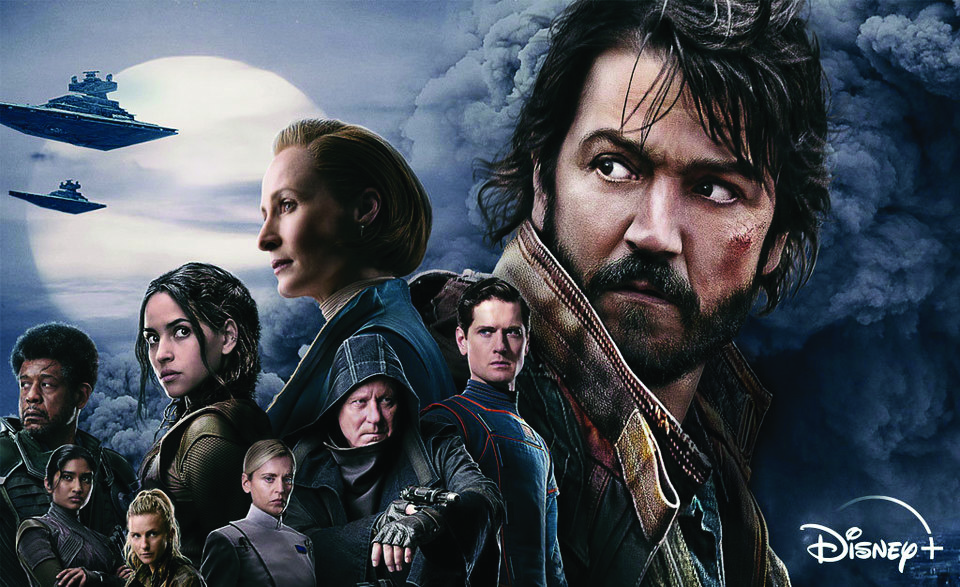 (Photo courtesy of StarWars.com) “Andor” explores the titular character in the early days of fighting the Galactic Empire.

To say that the quality of Disney’s output in the Star Wars franchise has been spotty since their acquisition of the brand a decade ago would be nothing short of an understatement. While there have been some projects that have turned out better than others, it’s quite pleasing to say that the newest Disney+ series set in the Star Wars universe, “Andor”, stands a whole head and shoulders above anything else Disney has done with the IP.

A prequel to the 2016 film “Rogue One: A Star Wars Story”, “Andor” follows the titular character of Cassian Andor as he becomes involved deeper and deeper with the emerging rebellion against the Galactic Empire. While at first, the idea of this show seemed perhaps a bit redundant to many fans, the show has absolutely proven itself to be a worthy addition to the ever-expanding Star Wars saga.

While other recent Star Wars shows have ranged from being almost completely devoid of intelligent, complex writing (“Obi-Wan Kenobi” and “The Book of Boba Fett”) to fun yet lacking in some much-needed depth (“The Mandalorian”), even the best of these projects have ultimately felt like relatively one-dimensional stories where sequences of events happen, but without much subtext or nuance injected to make them feel like they’re all that much more than the director simply playing with their favorite action figures on-screen.

“Andor”, however, shows that the galaxy far, far away can both pay homage to what fans love about this universe while also telling a mature, layered story that takes its time and pays off what it sets up (without relying on ”member berries” to keep viewers coming back).

While “Rogue One” was indeed an entertaining experience that left many viewers pleased, a commonly agreed upon criticism of the film is the relatively one-note character writing that left much to be desired. “Andor” manages to pull off the rarely achieved feat of retroactively making one of “Rogue One’s” protagonists far more layered and human than he was in the film through a prequel story. The titular character has a huge opportunity to shine here and does it with great success.

However, another impressive aspect of this show is how it takes pre-existing characters from the Star Wars mythos, like Senator Mon Mothma, and gives her an entire subplot worth of storytelling that takes her on her own compelling journey in helping form the rebellion against the Empire. It’s equally as engaging as the story of the show’s protagonist and allows for multiple interweaving subplots to connect in various creative ways over 12 episodes.

On a technical level, everything about the production quality of this show is superb. Whereas many of the more recent Star Wars shows have had a lingering sense of cheapness in their sets and visual effects (particularly in “Boba Fett” and “Kenobi”), “Andor” has sets and an atmosphere that makes the world come alive in a way the aforementioned titles have failed to achieve.

Overall, if you’re a fan of Star Wars, “Andor” is most certainly worth a watch. But perhaps more importantly, even if you’re not an existing fan of the franchise, this show does an excellent job at telling a self-contained story that is friendly to those who don’t have much knowledge of the universe. In short, if there’s a blueprint that Star Wars should follow in the future to uphold a consistent quality of great television, “Andor” is the most qualified candidate to take that position yet.