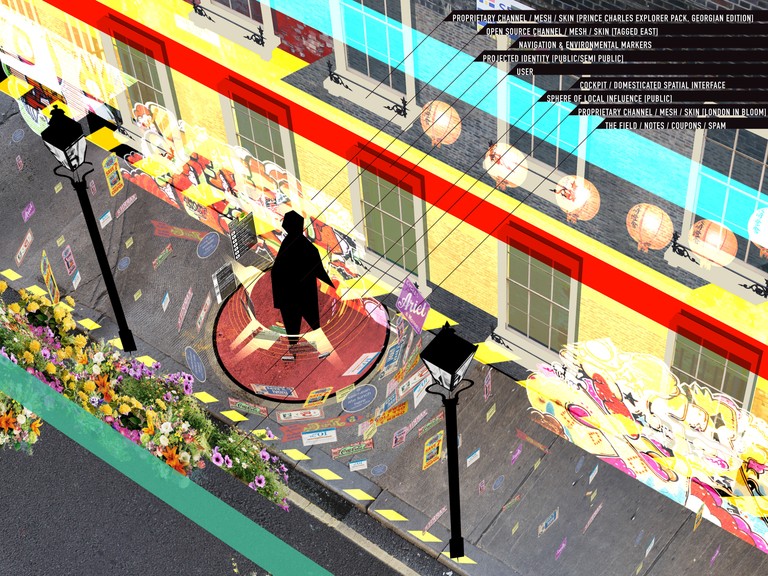 (Photo courtesy V2_lab) Hyper reality is defined as an inability of consciousness to distinguish reality from a simulation.

We exist in a world drenched in representational art. From birth we experience representations of reality on television, in cinema, books, paintings, theatre and elsewhere, every day of our lives.

The unfortunate result of this inexhaustible consumption of shadows of reality is the development of hyperreality, which began some time in the past hundred years.

Reality is what we all interact with through our senses. Representations of reality call upon our experience with reality and reflect it but are necessarily not reality itself: Seinfeld may look and sound like reality but it is inextricably not real just conceived in the image of reality.

Hyperreality is when the distinction between reality and its representations collapses.

In a hyperreal world, it is impossible to know the difference between true reality and shadows of reality. It is like expecting real life to be like Seinfeld or real sunsets to be like paintings of sunsets. If this sounds familiar, it should: We all live in the hyperreality of postmodernism.

So much of what we each individually know about the world we live in is derived from representations of it. When we were children, we only knew what romance is like from television, movies and books.

This leads to incredible frustration and disillusionment. If I enter the romantic playing field holding no perceived difference between real romance and represented romance, I will be shaken deeply after finding that there is a difference. I could turn away from romance completely upon hitting this unfamiliar and uncomfortable wall of reality.

The true sorrow in this is that most every aspect of our lives is hyperreal, at least to some extent. It is not uncommon for a postmodern individual to be met with a discrepancy between true reality and perceived reality at every step of their life; playing on the schoolyard, getting a college degree, having a career, travelling, hanging out with friends, calling their mother etc.

None of this can ever be truly known by a postmodern individual because such a person has never known true reality, but only ever known a form of reality that has been influenced to an unknowable degree and in an unknowable fashion by falsehoods.

What happens if two people enter a romance but both of them have a hyperreal sense of what romance is? The philosopher Jean Baudrillard would argue that the resulting “romance” is a simulacrum of romance. In other words, it would be a copy of romance that has no true original from which to make copies.

Then is this simulacrum of romance real? I would argue yes, but therefore, in a strange sense, real romance stops being real. In other words romance influenced by nothing but reality ceases to exist, and is replaced by the original-less copy of romance, the simulacrum.

This is the hallmark of postmodern society: Reality ceases to be and is replaced by a new sense of reality, one that we just sort of made up, one that we cannot trace back to anything.

It might be sad to think about how the reality we interact with is not entirely real, that we are doomed to face an unexpected and uncomfortable reality at every corner, that we are more likely to be upset with the course of our lives rather than pleased by it.

However, it can be spun more positively. In a sense, we are literally the masters of our own reality.

Can we use this to our advantage to form a better world for all of us, a clear-cut, well understood, real world? Well, we simply have not gotten that far as a society yet. Hopefully, whatever society looks like a hundred years from now, we can at least be free of the woes of the hyperreal.