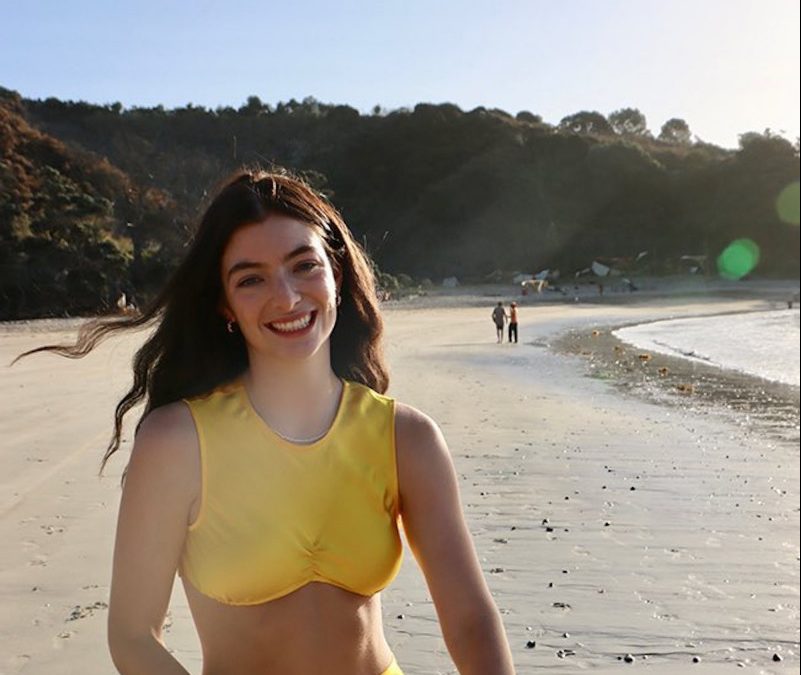 After a four-year hiatus following the release of her second studio album, “Melodrama”, Lorde has finally returned to the music industry with her new pop album, “Solar Power”. The much-anticipated album was released on Aug. 20, following the drop of the title track back in June.

The album was co-produced by her long-time friend and frequent collaborator, Jack Antonoff, and uses dreamlike melodies along with fun pop vocals to depict the 24-year-old singer’s journey into adulthood.

“Solar Power” marks a transition from Lorde’s more melancholic past that defined her previous albums, “Pure Heroine” and “Melodrama”, into a brighter, yet similarly uncertain future. The album comes after a trip to Scott Base, a research facility in Antarctica, which inspired many of the environmental themes heard throughout the songs.

The opening track, titled “The Path”, seems to display Lorde’s personal journey with fame as she is growing up. She reflects on the nightmares given to her from the paparazzi as a teenager. Now, she is a full-grown adult avoiding the music industry as a result of that trauma. Her breathy vocals trigger a sorrowful feeling as she questions where her once youthful dreams have disappeared to, ultimately looking toward the sun to light the way. This opening track maintains the sentiment of fleeting time that Lorde has become so well known for and sets the stage for the entire album.

“Solar Power”, which the album is named after, opens as a slow, yet bubbly acoustic tune, perfectly capturing the sun-kissed vibes of the song. Lorde’s own voice is supported by backup vocals from two of the music industry’s newest and most talented resident sad girls, Phoebe Bridgers and Clairo. She uses that same breathy vocal style, leading into a soulful chorus that hits you all at once, despite it just being the title of the song repeated five times.

The environmental influences of the song cannot go unnoticed, especially with the trash-filled beaches that appear as the setting of the music video. Lorde is not only sharing her story of fame in young adulthood with her audience, but she is also pushing a valuable message of environmentalism. Lastly, it is worth noting that this song was written during a visit to Martha’s Vineyard.

“California” is a deeper reflection on Lorde’s feelings concerning the upbringing of fame within her life. She recounts accepting her first Grammy back in 2014, acknowledging that her life would never be the same afterwards due to the fame that followed.

The song acts as a farewell to the famous lifestyle representative of California. Lorde expresses her willingness to leave that life behind in search of true contentment that must be found elsewhere. Her once blissful view of desert landscapes has become tainted. She was left wanting to wake up from the dream she once perceived California to be.

“Stoned at The Nail Salon” has a peaceful melody accompanied by wistful lyrics that contemplate both Lorde’s place in the present as well as what the future may bring. The opening lyrics of the song act as almost an appreciation of her tranquil complacency in the present, reflecting on things such as a “wishbone drying on the windowsill” along with a “dog that comes when [she] calls.” The song moves toward an existential pondering of the future, questioning what effects time will have on all of the beauty around her.

She ends these sentiments by concluding that maybe all of these things really do matter in the grand scheme of life, or maybe she’s just “stoned at the nail salon.” The song captures the same existential dread that her previous two albums so heavily depicted, but ultimately reminds the listener that there is still time left no matter how quickly it may be moving.

“Mood Ring” is arguably the most pop-like song featured in the album. It is filled with energetic melodies and colorful lyrics. It mimics trends of both our modern-day era, as well as the 1960s flower child aesthetic which contribute to the fun-loving, joyful mood of the song. It acts as a satirical take on pop-culture’s current infatuation with the 1960s and 1970s hippie culture, commenting on meditation, sage, crystals and mood rings.

Lorde enters a new era with the release of her third studio album. She creates a pleasing blend of both pop and indie music. Her previous two albums sulk in the somber realities of life as a young person seeking love, acceptance and a place of one’s own in the world. Although this album takes a brighter approach, that sentiment is not lost at all. In the era of “Solar Power”, Lorde remains a true original.