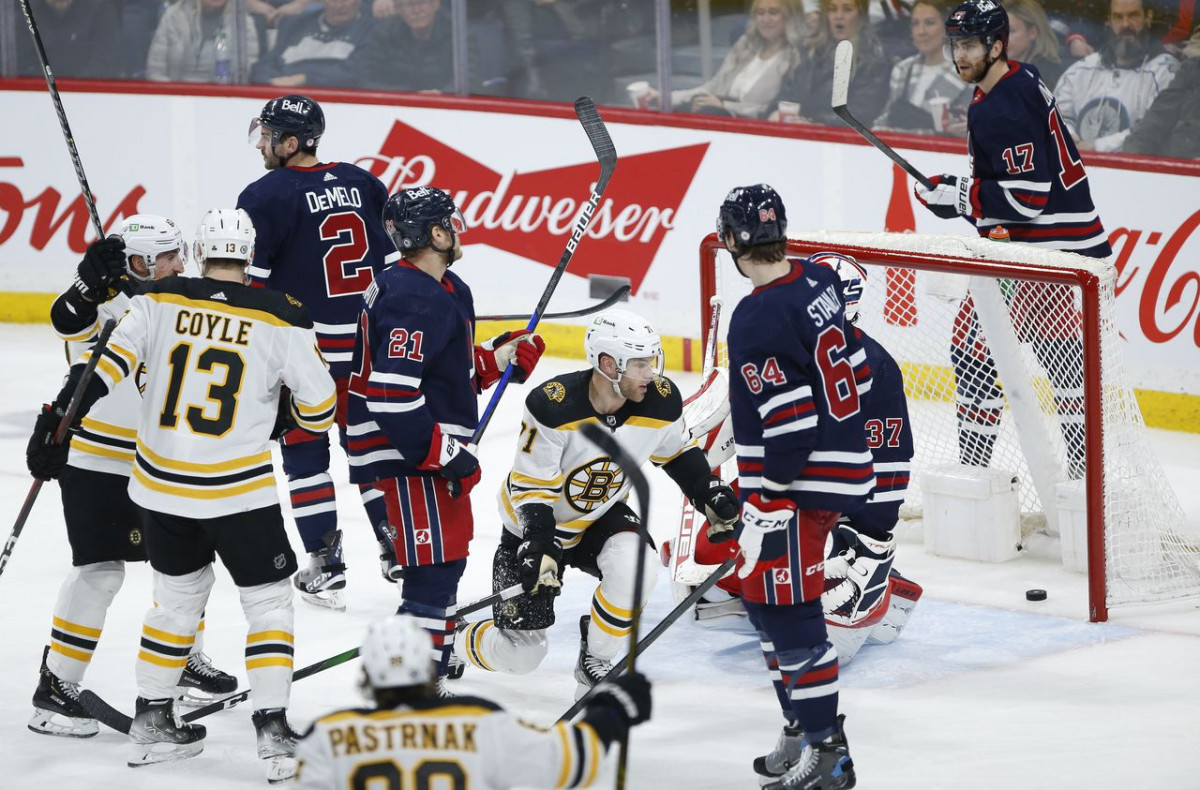 The Bruins had a much needed bounce-back this week, which allowed them to gain some ground in the Atlantic Division playoff picture. Despite the bounce-back from previous weeks, there is still work to be done for the team heading into the 2022 Trade Deadline set for Monday afternoon. Here is how the Bruins fared this past week.

Bruins @ Blackhawks: The Bruins took on an original six rival in the Chicago Blackhawks Tuesday, as they looked to get themselves back in the race for the playoffs.

Periods one and two were fairly quiet, as netminders Linus Ullmark and Marc-Andre Fleury acted like solidified brick walls for their teams through the first 40 minutes of the game.

Early into the third period, Bergeron opened the scoring with a point-blank shot that went past Fleury to make it 1-0 Boston. Not long later, now-former Blackhawk Brandon Hagel tied the game at one with a decent shot that went past Bruin’s goaltender Ullmark. Somehow, this game needed more time to settle things, so it went on to overtime.

Under two minutes into overtime, Matt Grzelcyk slaps the game-winner past Fleury to give the Bruins the 2-1 win over the Blackhawks in overtime. For his efforts, Grzelcyk earned the first star of the game. A successful outing in this game, but the Bruins had to immediately get back on the road as they traveled north to Minnesota to take on the Wild the next night.

Bruins @ Wild: After a successful showing the night before in the Windy City, the Bruins took on the Wild in a tough matchup. The Wild open the scoring by allowing star Kirill Kaprizov to put one in the back of the net to make it 1-0 Wild. Later in the period, Kaprizov did it again, putting one past Swayman and making a 2-0 Wild lead. Nearly two minutes later, the Bruins had an answer with Craig Smith putting one home to cut the lead in half, 2-1 Wild.

Early into the second period, Brad “Ratboi” Marchand tied the game on a power play to make it 2-2. Other than that goal, the period was relatively quiet in scoring, with every shot being stopped and no one being able to break through the sheer determination of the goaltenders.

Nearly halfway into the third, Jordan Greenway broke the tie and allowed the Wild to take a 3-2 lead over the Bruins. The game was sealed when Ryan Hartman put one into the empty net. The Bruins fell to the Wild by a score of 4-2.. The Bruins took Thursday off in preparation for their Friday Night matchup in Winnipeg.

Bruins @ Jets: After a day off to get themselves back on the right track, the Bruins took on the Winnipeg Jets in an intercontinental showdown.

Period one was quiet and no goals were scored because the goalies did a great job keeping the puck out of the net, including Jets goaltender and former UMass Lowell River Hawk Connor Hellebuyck.

In the second period, the Bruins opened the scoring with Marchand putting home his 25th of the season to make it 1-0 Boston. A little later on in the period, Trent Frederic contributed and snuck one behind Hellebuyck to make it a 2-0 game.

In the third period, the Jets decided they were going to get off the ground and Adam Lowry scored to cut the Bruins lead in half, 2-1. A minute and a half later, Nikolaj Ehlers scored a goal to tie the game at two. But the Bruins would not go down without a fight, as Taylor Hall would

score later in the third to give the Bruins the 3-2 lead. Charlie “Chucky” McAvoy put one in the empty net to seal the game. The Boston Bruins defeated the Winnipeg Jets by a score of 4-2.

Currently, the Bruins are fourth in the Atlantic Division, still trailing the Toronto Maple Leaves in the standings. The Bruins gained some ground and look to make some moves at Monday’s deadline.