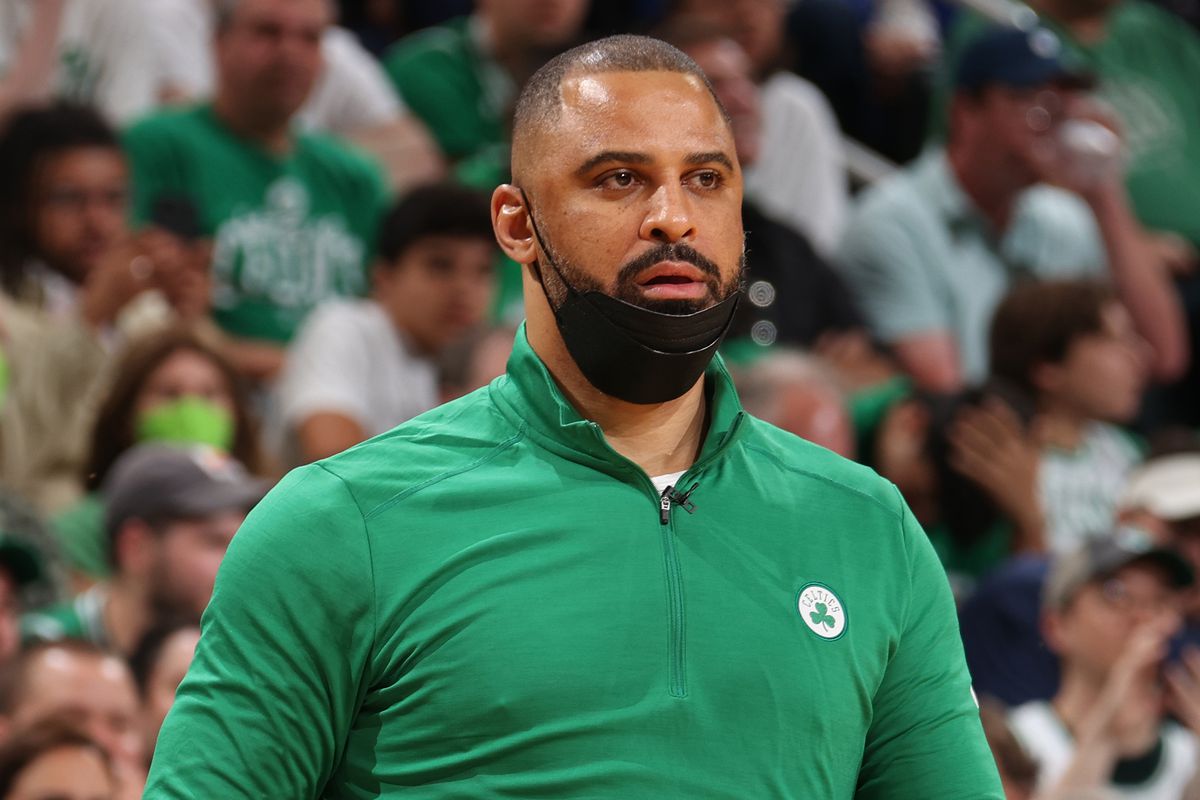 Catastrophe has struck the Boston Celtics after recent allegations have surfaced accusing head coach Ime Udoka of violating the team’s code of conduct. Udoka has been a prominent figure in the NBA, previously gaining reputation from his eight years as an assistant coach for the Spurs and his later work with the Nets and 76ers. In 2021, he officially became the head coach of the Boston Celtics and began his career by taking them to the NBA Finals. This development will impact the trajectory of the Celtics and calls into question the longevity of their most recent victories.

Ime Udoka has been suspended for the remaining 2022-2023 season effective as of September 22nd, but may return in the following season. His future as the Celtics head coach is currently being considered by the team. Reportedly, he was caught having a relationship with a member of the Celtics team staff and cheated on his wife, Nia Long, of 12 years. This suspension is a result of a month-long investigation of the reported affair after Celtics officials got word of the violation in the late summer. The employee has gone unnamed, however the true relationship between the two has come into question with different sources citing her accusations of him making unwanted comments and others implying their liaison.

News of this broke after Shams Charania of The Athletic tweeted, “Celtics coach Ime Udoka had an improper intimate and consensual relationship with a female member of the team staff… It’s been deemed a violation of franchise’s code of conduct.” Ime Udoka later corroborated these claims in an issued statement regarding the allegations. He said, “I want to apologize to our players, fans, the entire Celtics organization, and my family for letting them down. I am sorry for putting the team in this difficult situation, and I accept the team’s decision. Out of respect for everyone involved, I will have no further comment,”.

Assistant coach Joe Mazzulla was chosen as interim head coach for the rest of the season. Mazzulla has a wide background of coaching, as he worked as an assistant coach for Glendale State and Fairmount State, later joining the Celtics in June of 2019 and has worked under Udoka ever since. Mazzulla has been with the Celtics for almost three years, meaning that he already understands how the team naturally operates and plays, making him the perfect person to lead the team.

This recent suspension calls into question the course of the Celtics in the upcoming NBA season as Ime Udoka brought the Celtics out of a 12-year rut where they had not made it to the finals since 2010. No further statements have been made by the Celtics or by NBA officials, nor has Ime Udoka’s family. The future of the Celtics is shaky, but with everything up in the air there is no telling how the team might do in the coming games. The only thing certain for now is that the Celtics have a full season ahead of them and they have a lot of work to do to overcome this major setback.