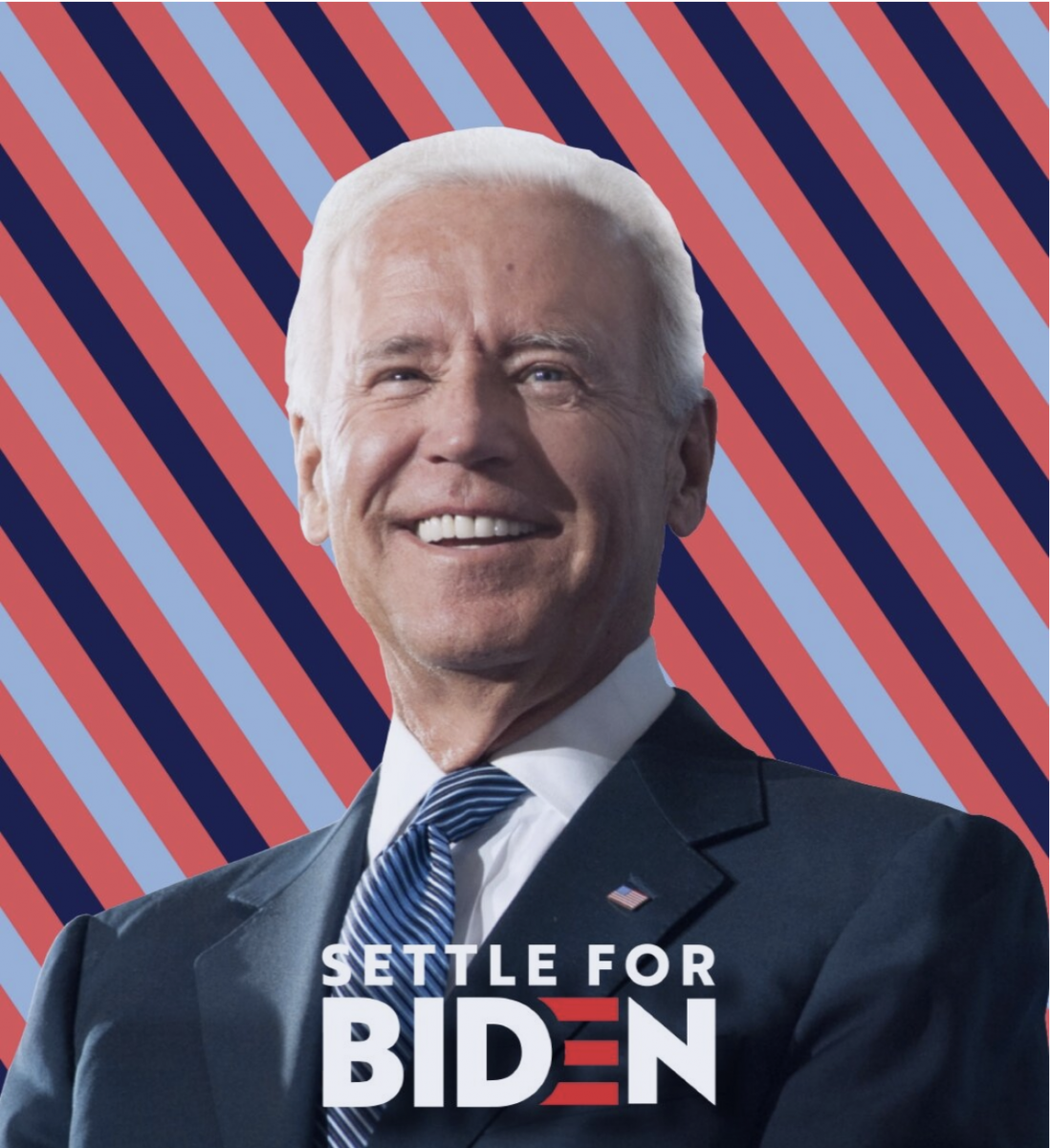 Everyone has heard the tagline or seen it on a yard sign, “Settle for Biden.” Many ex-Warren and ex-Sanders supporters are following this trend as they prepare to enter the polls on November 3 with the hope to make Donald Trump a one term president.

Many people are voting for Biden as a last resort to save democracy in the United States. He is known as a conservative Democrat, as many of his political opinions are closer to the right, which is why many Democrats are disappointed to be voting for him.

However, there are plenty of reasons that people are making this decision.

Biden has plans for universal childcare including setting aside $775 billion to lower the cost of caregiving, enacting a program to guarantee universal preschool and building safe childcare facilities to provide suitable options to parents. In higher education, Biden plans to make two-year community colleges tuition-free, making public four-year universities tuition-free for families making under $125,000 annually, and doubling the maximum value of Pell Grants.

Biden’s Middle East policy has one main goal: long-lasting peace in the Middle East. He has plans for re-engaging Palestine through resuming USAID programs and reopening the US consulate for Palestine, renegotiating the Iran Nuclear Deal to tighten restrictions limiting Iran’s long-range missile program and rebuilding alliances through ending support of the Saudi war and supporting the Kurds.

Donald Trump has made massive, permanent cuts to Medicare and Social Security that will make it near impossible for many people to survive, especially after retirement. Biden called these cuts “a reckless war on social security.” Biden plans to completely turn these cuts around by increasing benefits for the poorest retirees by as much as $6,500 per year and raising benefits for older and widowed Americas.

On his first day in office, he plans to preserve the Clean Air Act and require methane pollution limits for oil and gas companies. For the long term, Biden has a $2 trillion plan for climate change and environmental justice. Through this plan, he hopes to create one million clear energy auto industry jobs, construct 1.5 million sustainable housing units, upgrade four million buildings and two million homes and create jobs in climate-smart agriculture and conservation.

Americans own nearly half of all civil-owned guns in the world. Every year, 115,000 people are shot and 40,000 of these people die as a result, which includes 3,000 children. Biden plans to enact universal background check legislation and to ban the manufacture and sale of assault weapons.

In the first presidential debate, Biden did not refuse to condemn white supremacy, unlike Donald Trump who said, “Proud Boys, stand back and stand by.” Biden has plans to tackle racism from various angles. His plans for tackling environmental racism includes holding polluters responsible by having the EPA and DOJ prosecute pollution cases and by making water infrastructure a top priority to ensure clean water for all communities.

These plans are not perfect, but they are much better than Trump’s current and proposed plans.