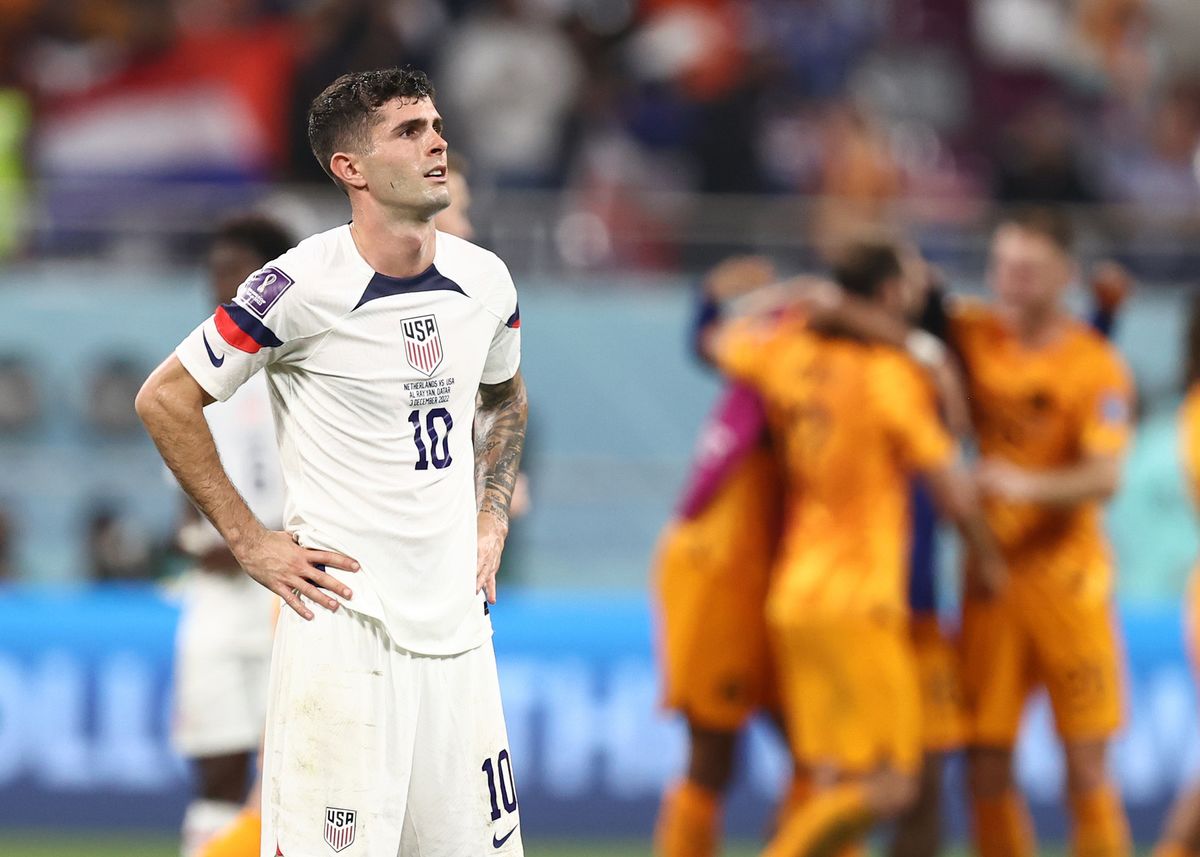 (Photo courtesy of Bloomberg) “Forward Christian Pulisic looks off after U.S. is eliminated by the Netherlands.”

The group stages are finally done after two weeks of brutal competition. Upsets were had, and surprise qualifications were aplenty. This has been a very entertaining World Cup so far, but now, it’s knockout time, and time to predict who is going to win every game. Who will prevail and take home the cup?

USA vs. Netherlands: At the time of writing, this game has already happened, with the United States being shunned from the competition after a 3-1 defeat. They were the only country out of the 3 host nations for 2026 to make it past the group stages. So, they see this as a win. 2026 might be good.

Argentina vs. Australia: The first surprise qualifier of the tournament, Australia, must face off against a very tough and determined Argentinean squad that is desperate for a World Cup. This game should be fun. Winner: Argentina

France vs. Poland: The defending champs will defend their crown. Their first obstacle is Poland, a team who had an amazing bounce back campaign after a very disappointing 2018 run. They will look to dethrone a World Cup favorite. It will be very tough indeed.Winner: France

England vs. Senegal: Somehow, Senegal has fought their way into the knockout stage where it is presumed that the might of the English will easily wipe the floor with them. But never rule out anything. Winner: England

Japan vs. Croatia: Yes, the Japanese have won their group AND knocked Germany out. Impressive. Their prize, they must face the 2018 Finalists in what could be a very good game. Keep an eye on this one. Winner: Japan

Brazil vs. South Korea: Brazil is coming off a very strong group stage performance. And after losing their minds against Cameroon, which featured all backups, Brazil looks ready to take that trophy. Winner: Brazil

Morocco vs. Spain: So begins a revenge game. 2018 saw Morocco get cheated out and lose to Spain. Can they do it this time? Winner: Morocco

Portugal vs. Switzerland: Ronaldo takes on the “SUIsse.” Yes, the famous chant is joked about. Why? Because now he is a crybaby who complained and was released by Manchester United. Please shut this guy up. Winner: Switzerland

Netherlands vs. Argentina: This potentially hopeful Quarterfinal matchup should bring with it intensity and speed. This could be the match of the tournament. Everyone should be watching closely. Winner: Netherlands

Japan vs. Brazil: Japan will have hopefully beaten their opponents and likewise should carry momentum. Their next stop could be Brazil, which just might just be their downfall. In that case, thanks for participating Japan. Winner: Brazil

France vs. England: The 100 Years War game. A testament to human history and the most rivalry-like a rivalry game can get. Destiny could await both teams, and thus, it could be a hard game to predict. Winner: England

Morocco vs. Switzerland: These two teams would fight and claw their way to the semifinals. This is an underrated matchup that people will need to watch happen. Winner: Switzerland

Netherlands vs. Brazil: The potential rematch of the 2014 third-place game. Brazil is going to want revenge against their Dutch foes, and the Dutch will not go out quietly. Get the popcorn, it could be fun. Winner: Brazil

France vs. Switzerland: When this game might be considered a shootout, that’s a good thing. The might and will of both nations could lead to nothing but greatness. Winner: France

Switzerland vs. Netherlands: The battle for bronze is nothing to be ashamed about. Both teams would have tried their hardest, but just fell short of the main prize. 2026 will look so good for these two. Winner: Netherlands

Brazil vs. France: The battle between the two best teams in this entire World Cup could make for one of the greatest finals in World Cup history. Only one can win, but they will have to earn it. No one goes quiet. Winner: Brazil