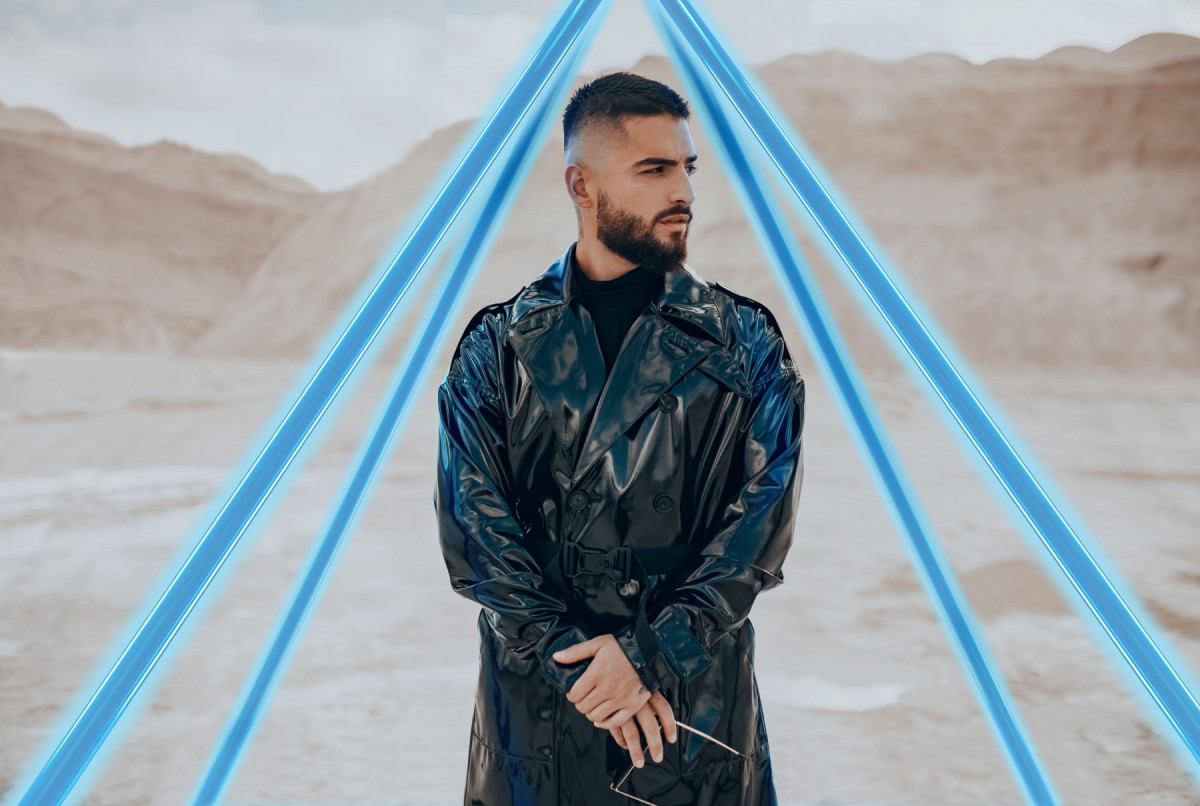 Colombian artist Maluma experiments with reggaeton’s roots on his latest album “#7DJ.” Born as Juan Luis Londoño Arias, the 27-year-old artist timed the release of his surprise mini-album with his birthday on Jan. 28.

The album’s name stands for “7 Dias en Jamaica” and pays tribute to Maluma’s seven-day trip to Jamaica. The album is his artistic exploration of reggaeton’s roots which he executes through seven songs and music videos that blend island reggae and exuberant dancehall sounds with his own urban Latino style.

Following the momentum gained from songs like “Hawái,” its remixed version with the Weeknd and songs on its parent album, “Papi Juancho,” Maluma changed his sound and surprised his listeners with a musical rebirth. This is nothing new to fans of Maluma, as the artist is known to cross over into different genres or musical styles, including reggaeton, urban pop, salsa, ranchera/mariachi, trap and more. What is different in “#7DJ,” however, is Maluma’s ability to pay homage to his musical roots through a style that still stays true to himself.

The album’s experimental intent is made clear in the first song, “Tonika,” where Maluma collaborates with musician Ziggy Marley, son of reggae icon Bob Marley, in both English and Spanish. The song uses an upbeat and alluring mix of reggae and reggaeton to bring to life a party scene which Maluma sings about.

The chorus of “Tonika,” which talks about having chemistry with a woman at the club, roughly translate to “the music plays, we feel the chemistry / With a drink of tonic, the shyness is gone.” The song does well to set the tone of the album: a fun and theatric expression of Maluma’s appreciation for Jamaica’s people and their music. The end of “Tonika” slows down to lead into the next song on the mini album, called “Love.”

In the music video for “Love,” Maluma wakes up the next morning feeling lovesick over a woman he had seen the day before. The woman in the videos is played by Jamaican beauty queen Davina Bennett. However, despite her beauty, friends like Jamaican reggae and dancehall singer Charly Black warn Maluma to take his time to avoid getting his heart broken. The song explores a playful and light tune via a combination of reggae lovers rock music and reggaeton, a pairing that feels too good to be true.

Going into the third song, “Chocolate,” Maluma finds the woman he is pursuing and explains how he likes her more than chocolate. This song dives into the experimental nature of the album with an initial fast-paced, sultry electronic beat that switches mid-song into something more toned-down and smoother, but still danceable, nonetheless. This song, compared to the previous two, manages to sneak in more reggaeton influences.

The fourth song, “Agua de Jamaica,” is more of a seductive song that walks the line between romantic and explicit when you listen to both the music and lyrics. The song incorporates a softer reggaeton beat with a somewhat pop-like sound. Maluma sings soulfully in this track which exemplifies the artist’s vocal skills. Admittedly, the only downside to “Agua de Jamaica” is its ending and transition into the next song. It feels like a jarring shift from the dreamy tone of this song and does not flow naturally into the next song without serious editing of the audio.

Compared to the previous song, “Desayun-Arte” shows an airier tone to Maluma’s vocals with laid-back reggae rock and urban beats at the front and center of the song. In the lyrics, Maluma says that he previously did not believe in love, but Bennett’s character changes everything with just her “attitude and angelic face.” By the end of the “Desayun-Arte” video, it appears that Bennett’s character is a figment of Maluma’s imagination for what he wants in a woman.

The last song, “Peligrosa”, initially feels as though it will be a slower song where Maluma sings about heartbreak. The lyrics begin in Spanish, with Maluma saying, “You taught me to love, you didn’t teach me to forget you.”

While a slow, sad song might be a nice change of pace on the album, that gets cut short when the song interrupts with “right now this is not the time for sadness, it’s time for fiesta.” At this point, the song returns to Maluma’s usual reggaeton style. In the chorus, he tries to get over his heartbreak by dancing away to reggaeton, saying, “Play reggaeton, do not play anything else.”

Overall, “#7DJ” is an album that artistically brings together two cultures and musical genres. The result of such a project can be messy at times, but Maluma and those who collaborate with him on the musical and visual albums manage to successfully create something lively and exploratory. Mostly everything on the album, besides a few jarring transitions, feels well-placed and natural. The choice to tell “#7DJ” as a continuous story in just seven songs makes the album that much more impressive. Through different combinations of reggaeton and its Jamaican roots, “#7DJ” is a testament to Maluma’s musical versatility and creative growth as an artist.