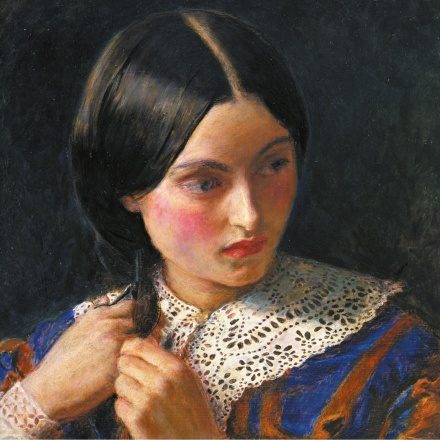 Charlotte Bronte’s 1847 novel, “Jane Eyre”, is an adventurous tale of one woman’s search for independence and love in 18th to 19th century England. Though set in the past, the book remains surprisingly fresh and relatable to this day.

Set in England, the tale spans the life of Jane Eyre, a fiercely independent soul, from her childhood up to adulthood. The novel is split roughly into three parts. The first part takes place in Gateshead, where she lives under the tyranny of her aunt Mrs. Reed and her children, and then Lowood, where she lives under the somewhat nicer, but still restrictive, gaze of her teachers. When she turns 18 years-old, she decides that Lowood is no longer for her, and after advertising herself as a governess in the paper, she finds work and leaves.

She ends up at an old manor known as Thornfield, where she is introduced to the mysterious, yet charming, Mr. Rochester. Their relationship turns from a friendship into a romance, but it is cut off at the apex due to the presence of a mysterious third party. Because of this, Jane runs off to a place known as the Moor house. There she meets an austere clergyman named St. John Rivers, whom she finds to be nice at first but restrictive later on.

There is a lot to praise this novel for such as its exploration of a woman’s desires for independence and love using a first-person narrative, critiques on the hierarchy between men and women in 18th to 19th century England and its mix of fairytale and Gothic elements within a traditional hero’s story. All these elements combined make “Jane Eyre” an entertaining and intelligent book. Bronte uses everything from the smallest interactions between Jane and the people she meets, to the different locations of the novel and the structure of the book itself to give the reader a sense of Jane’s world and to show how radical, yet right, she is. It is amazing that Bronte did all of this in “Jane Eyre”, considering it was her first novel.

Being from the 19th century, the book is a little wordy. There are many descriptions of faces, rooms, people’s actions and the landscape. The descriptions are long and achieved by using many adjectives across several sentences. Some aspects of the characters seem excessive as well, such as St. John’s sternness or Mr. Rochester’s manner at the end of the book.

These are petty criticisms, however, for the overall effect of the book is achieved in part because of these characteristics. The descriptions are needed to understand why Jane suddenly flies off from place to place or why she feels apprehensive around others. The melodrama has to be there to balance the sharp criticisms Bronte has about society.

“Jane Eyre” is an entertaining book with a lot to say. Though it has some minor flaws, they do not overpower the impact of Jane’s life story. It is a book worth reading at least once, but it is also something that can be reread multiple times through different lenses with satisfaction.