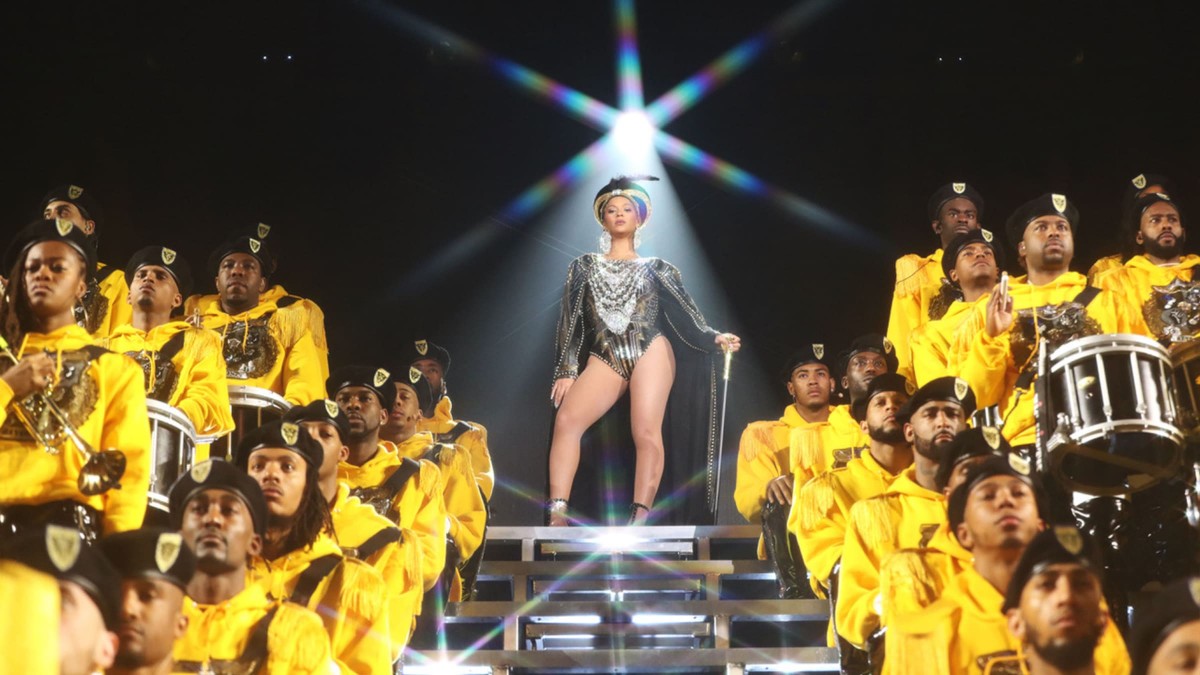 On April 14 and April 21 of 2018, musical superstar Beyoncé performed as a headliner at Coachella, one of the most popular music festivals in the world. Coming fresh off the success of the critically acclaimed and commercial smash hit album “Lemonade” as well as already boasting a colossal career, Beyoncé had little to prove, but her Coachella performance brought her to the next level as a performer. On April 17 of 2019, she released “Homecoming,” which showed the entirety of the performance, as well as behind the scenes footage of how she pulled it all off.

Beyoncé is unquestionably a phenomenal performer, and “Homecoming” shows that excellently. She does not miss a single beat, hitting every note and every dance move flawlessly, and truly dominating the stage in a way that few stars can do.

The setlist she chose was also fantastic. She assembled a wide array of her highest quality hits, as well as some of her strong lesser-known songs, and everything in between. While some setlist decisions look strange on paper, especially the lack of tracks from her 2008 album “I Am…Sasha Fierce,” everything works extremely well together in execution.

It is also commendable that she managed to get the artistic freedom to choose the songs she wanted to perform. Tracks such as “Irreplaceable,” “Halo,” “If I Were A Boy” and more hits of hers may be expected to be given to be performed at any Beyoncé show, but here she did not. While hyper-fans of those specific songs may be disappointed, the freedom she was given to do what fit best elevated the performance above a generic pop star performance that was fantastically cohesive.

She has a wide array of backup dancers prominently displayed throughout the performance, and all of them managed to perfectly strike every dance move, every transition and just everything they are tasked to do. Beyoncé assembled an array of truly high-quality dancers here.

One thing that slightly diminishes the truly showstopping nature of this performance is the constant cuts. Make no mistake, “Homecoming” is fantastically directed. A phenomenal focus is given on Beyoncé, her camera team managed to assemble a strong array of perfect angles to truly capture the performance as effectively as possible, with front-on, back-forward, crowd, and side angles all masterfully implemented. No one moment feels out of place, poorly angled or disjointed. However, the issue here is cuts between the two different nights of the performance and different qualities of camera.

On one night, Beyoncé and her dancers wear yellow, and on the other night they wear pink. While these result in two extremely visually striking visuals that she deserves commendation for, “Homecoming” decides to alternate back and forth between these two, making for a slightly aesthetically confused visual. While displaying both nights was a strong idea in theory to show that she is a reliable performer and to show all costume designs, the alternations back and forth between each night fairly regularly (expect to see a switch every 30 seconds) make it seem more like they are trying to cover up a weak moment on one night each time they switch.

There is also a confused decision to alternate between high- and low-quality cameras, with the occasional use of black and white imagery. While these create a movie with extreme visual diverseness, it is a strange practice in execution. The visual strength of both costume designs diminishes significantly in the black and white, and the low-quality camera that is implemented just feels outright unnecessary: why see the low-quality images when they have high quality ones? While it gives a certain vintage feel, “Homecoming” is best when it is in its highest visual quality. It seems like a stand-in for a high-quality camera failure rather than an artistic decision.

Where this low-quality camera and black and white style shine is in the behind the scenes components. It gives these segments a different vibe and aesthetic from the main performance. These segments also all feel truly insightful to the process of putting on this show, and none really feel extraneous or unnecessary.

Despite small technical hindrances preventing “Homecoming” from reaching its fullest potential, “Homecoming” is, through-and-through, a must-watch for any fans of live music performance. It is one of the finest performances of our time, and worth a watch even for non-fans of Beyoncé.