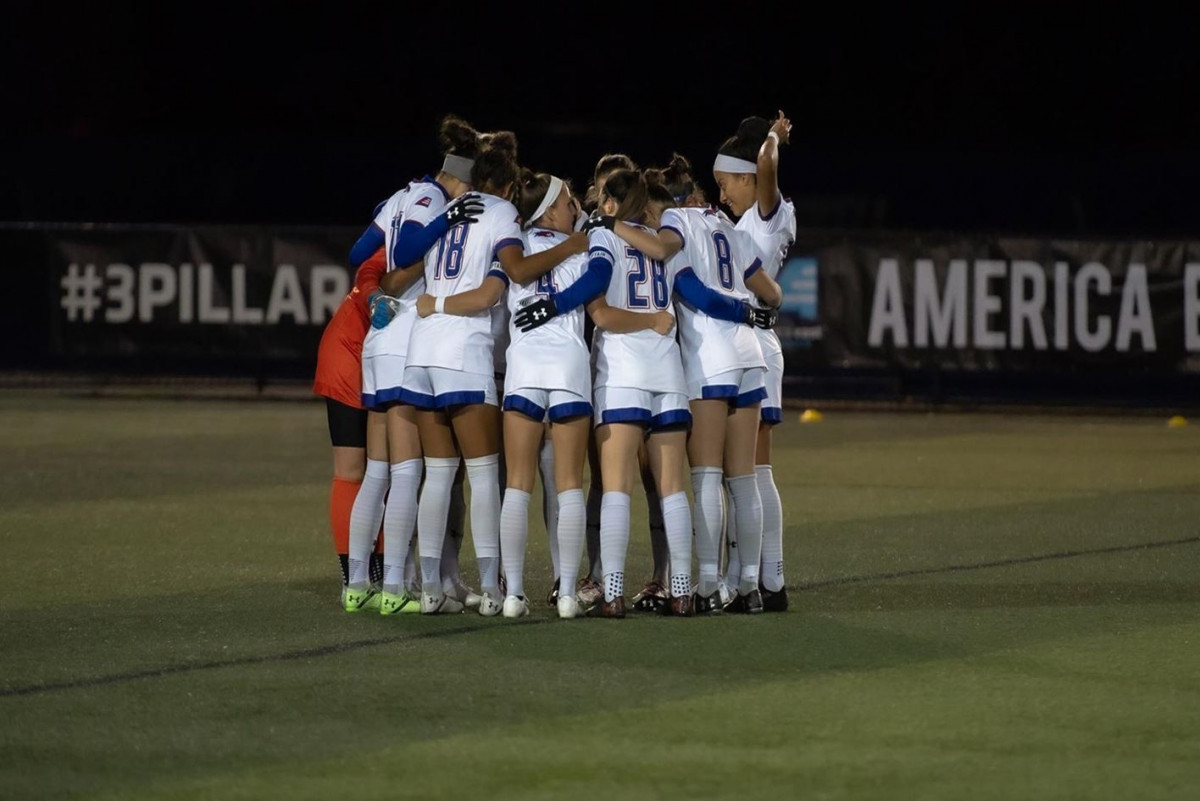 The UMass Lowell women’s soccer team season came to an end after being eliminated from the America East conference semifinals by the New Hampshire Wildcats with a score of 2-1.

The Wildcats won the 10-round penalty shootout 8-7 in the Thursday night game at Cushing Field; it was the first post-season matchup between the two teams. The River Hawks controlled the pitch throughout the match and kept continuous pressure on the Wildcats backline with several well-placed shots on UNH goalkeeper Cat Sheppard, who had six saves by the end.

A perfect cross by UML midfielder Chaima Khammar found the head of Duboise in the 58th minute gave the River Hawks the lead. Lowell continued the momentum with Calliste Brookshire having a close opportunity blocked by the outstretched arm of Sheppard minutes after Duboise’s goal.

UNH tied the game when a cross from Emma Dudley sent in from the near sideline toward the far goalpost found the head of Anna Hewlett in the 80th minute. The River Hawks had a chance to win with one minute left in regulation; forward Ioanna Papatheodorou found space outside the box, taking a shot that barely missed the far post.

Neither team could score in both overtime rounds, despite some close chances, forcing the game into penalty kicks.

The teams remained tied in the best of five penalty shootout leading to single-round elimination. The River Hawks matched every Wildcat goal until the 10th round. Then, a low shot toward the right goalpost from River Hawk Olivia Sandahl was stopped by a diving Sheppard ending the game and sending New Hampshire to the America East title game. Sheppard stopped two penalty kicks, while the UMass Lowell goalkeeper stopped one penalty kick and ended the night with six saves.

Although the River Hawks will suffer from the loss of seniors Mostarac, Nelson, Dubose, Anderson and Sandahl next season, they will still be a formidable opponent. The River Hawks squad will retain several talented players such as freshman striker Papatheodorou and goalkeeper Lisa Sjögren as well as Khammar, Calliste Brookshire, Rakel Stefansdottir and Anna Edson. The America East conference title has slipped out of the hands of the UMass Lowell women’s soccer program over the past four years, with the River Hawks making the America East semifinals four times and the finals twice. The River Hawks will capitalize on this momentum next season, and if they continue at their current pace, the America East title will belong to Lowell next year.