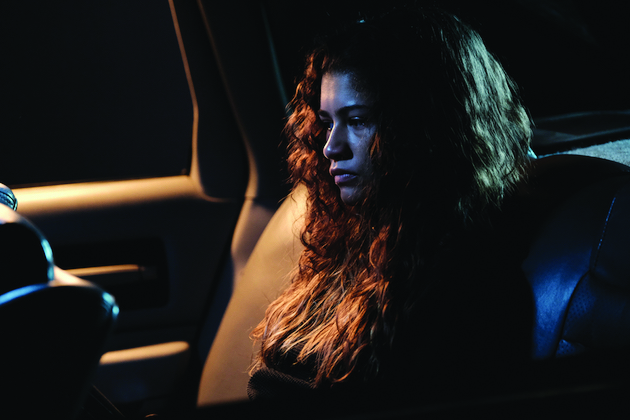 (Photo Courtesy of The Reasonable Bunch) Season two of “Euphoria” is currently available on HBO Max.

One of HBOs most popular shows, “Euphoria”, has already released seven episodes in what has to be the most anticipated season on the platform. With just one more episode to go, audiences are hanging on to the edge of their seats, wondering what will happen to their favorite high school students and local drug dealers.

Season one of “Euphoria” ended with a test in Rue’s and Jules’ already fragile relationship. The show’s favorite drug dealers, Fez and Ashtray, find themselves between a rock and a hard place, and the high school’s most toxic couple, Nate and Maddy, have their moment, and Jules discovers who her online lover is. Rue relapses, ending the episode in a drug-induced hallucination, and the audience finds her dancing alone in her room, imagining her father, who passed away a few years prior.

The second season shows the strain of Rue’s relapse in her relationship with those around her, especially Jules. In the show’s second season, Nate, the main antagonist of season one, seems to have lost his title to Laurie (Martha Kelly), a chillingly calm drug dealer who does not mess around. While Nate continues on a villainous path, his and Maddy’s relationship draws to a close as she finds out that her best friend, Cassie, has been keeping a secret. Season two of “Euphoria” proves that the previous season’s events were mild compared to what is to come. As the second season concludes, audiences are looking forward to seeing Lexi’s play and the consequences of Rue’s relapse, Fez’s business, Nate’s path to redemption and Cassie’s betrayal.

While season one seemed to work up to the events in season two, the audience lost a few of their favorite key aspects of the show, such as the Rue-narrated character background that frequently introduced the start of each new episode. While Rue is not the most reliable narrator, these scenes helped humanize the characters of HBO’s hit show.

Season two  is full of the same visually mind-blowing scenes and camera shots as season one, with bold and vibrant colors, impressive lighting, and fluid scenes. Labyrinth continues to produce a majority of the show’s soundtrack, accompanied by hit songs ranging from the 1950s to ‘80s and the show’s clothing and makeup continue to push the boundaries of conventional attire and makeup norms.

No character is without their flaws; in fact, one could even say that most of the show’s characters are horrible people. However, what makes season two stand out is that the audience starts to sympathize more with each character, while simultaneously hating them more. Viewers want something bad to happen to those in the show who deserve it, and something good to happen to the few who remain good people, but with the way the show is progressing, everything is going to take a turn for the worst, and the audience is looking forward to seeing everything go down in flames.