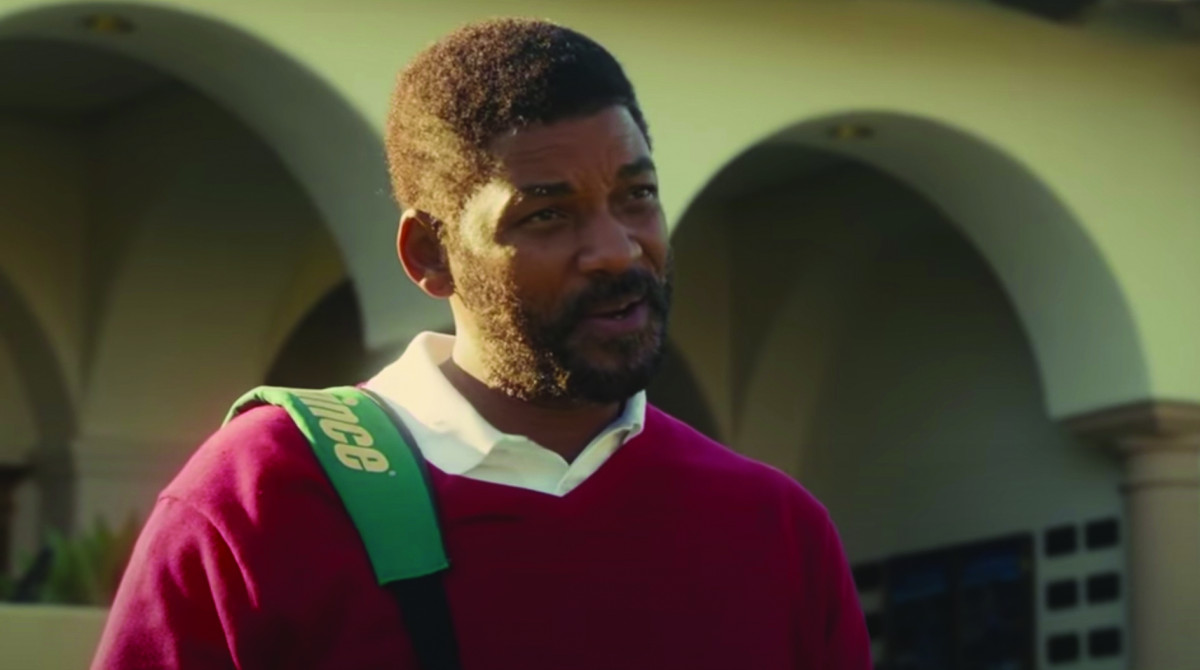 (Photo Courtesy of Westbrook Studios) “King Richard” was released in theaters on Nov. 19, 2021.

There’s a saying: “Love means nothing to a tennis player.” But to Richard Williams, father and coach to Serena and Venus, love means stopping at nothing to help the ones he loves reach their fullest potential.

“King Richard”, directed by Reinaldo Marcus Green, tells the story of how one father seemingly writes his two daughters into history. Following his distinct 78-page plan, Richard, portrayed by Will Smith, coaches his two daughters, Venus and Serena, and works to provide them with all the resources needed to take the tennis world by storm.

This film takes a different angle at discussing the topic of race in Compton, California at the height of the Los Angeles Riots. At the time, tennis was known to be a white dominated sport, with minorities having little to no access to the resources or connections needed to go pro. Courts, coaches and equipment often came with a high price, something many could not afford. Despite all odds being against them, Venus and Serena Williams managed to take the tennis world by storm thanks to the mentoring of their father.

What this film does best is show that hard-will and determination are worth more than anything. Richard fought hard to get his daughters the resources they needed, thrifting rackets, using a shopping cart as a ball hopper and spending countless hours watching footage from professional tennis matches so he could coach his daughters on his own.

When Richard could no longer afford to provide his daughters with the equipment and coaching they needed, he reaches out to every professional tennis coach that would listen and tells them he is raising two future tennis stars. Despite countless rejections, he persists until he eventually convinces former tennis player and tennis coach Rick Macci to take them in and help them reach their fullest potential. Macci, however, only agrees to take one daughter and coaches Venus to become the professional tennis player she is known as today, with her sister following closely behind.

This film also does well in portraying Richard with all of his flaws. While he may have raised two of the best tennis players in history, he was also a very stubborn and crude man with a troubled past. Prior to cleaning up his act, Richard struggled with alcoholism and infidelity and despite the nickname, “King Richard,” he wasn’t always the most righteous man.

At times, Richard could be unreasonable and quick to anger. In the movie, Richard is seen punishing his daughters for boasting about their win at a tennis match. In an attempt to teach them humility, he leaves his daughters to walk home from a gas station before making them watch Cinderella (1950) numerous times. After a young, burnt out tennis star is arrested for drug possession, Richard pulls Venus out of one of her first major tournaments, hindering any chances of her being recruited and playing professionally. In doing so, Richard wanted his daughter to enjoy the rest of her childhood before she made a career for herself.

“King Richard”, dedicated to the father of Venus and Serena Williams, illustrates fatherhood in a light that not many are able to see in their own lives, including the good, the bad and the ugly. While Richard Williams may have had his flaws, he tried his best to be the father he believed his girls deserved.

On February 14, 2022, Richard Williams will turn 80 years old, and while his daughters may be grown, he still proves himself to be a dedicated coach and father on and off the court. As his actions have shown in real life and in the film, love may mean nothing to a tennis player, but to a father, it means everything.