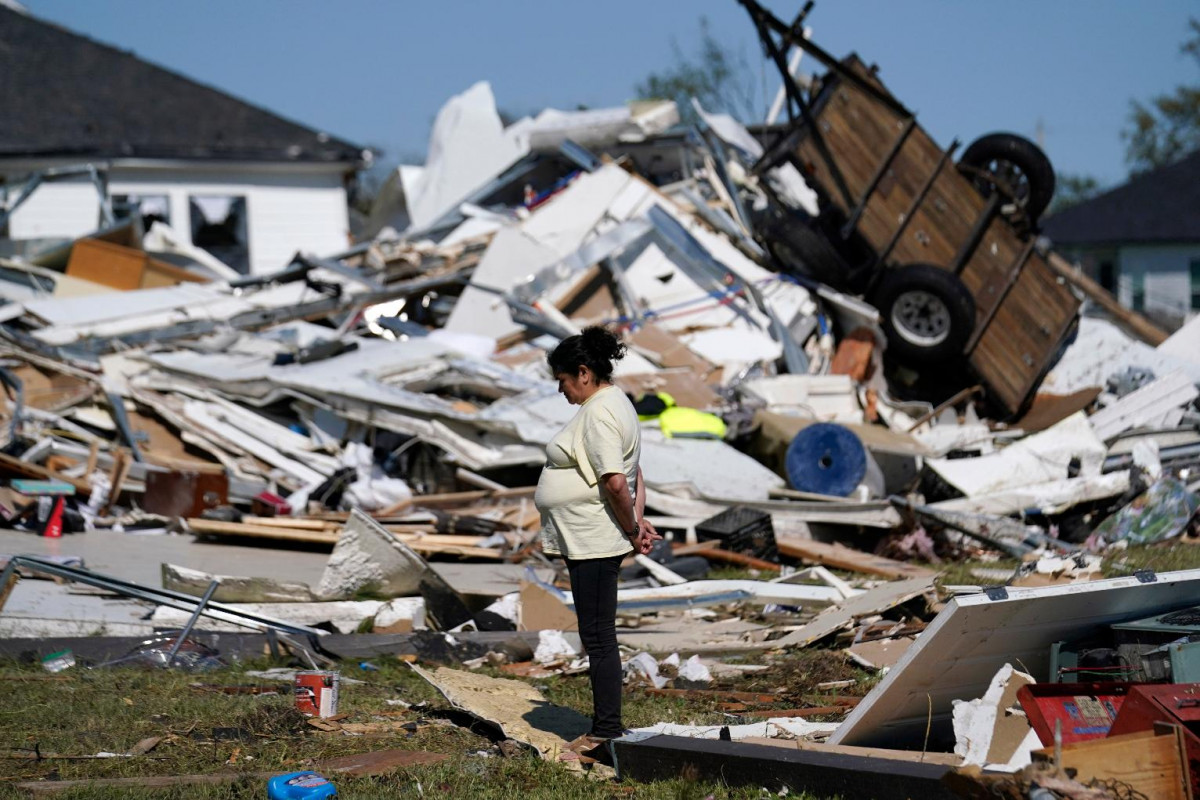 (Photo courtesy of Gerald Herbert/Associated Press) An EF-3 tears through New Orleans as severe storms continue to spread chaos and destruction across the southern United States.

In recent weeks, severe weather has marched through the southern United States, spawning tornadoes and leaving behind nothing but destruction in its path. Due to the intensity of these storms, the topic of climate change was brought up and called into question. What effects does climate change bring with it? Can these storms get any deadlier because of climate change? Is there a way to slow its progress?

“For tornadoes, you really need three things. You need warmth, you need moisture, but you also need vertical wind shear. And the vertical wind shear is what turns an ordinary thunderstorm into something that has rotation in it, which can lead to a tornado,” says Dr. Frank Colby, a professor of meteorology in the environmental, earth and atmospheric sciences department at UMass Lowell.

This is exactly was seen over the last couple of weeks in the mid-south. College Station, home to Texas A&M University, was grazed by a tornado that was later deemed to be an EF-0 on a 0-5 scale that is used by National Weather Service offices all around the country to determine the strength and severity of tornadoes.

The next night, a powerful EF-3 tornado caused havoc in New Orleans’ Lower Ninth Ward district, killing one and injuring a few others, according to the National Weather Service office of New Orleans/Baton Rouge. But this may only be the beginning. With average temperatures expected to rise over the coming years, the storms can only get worse.

Colby recognizes the potential for these risks to be enhanced as the temperatures continue to rise. He said, “The more the climate warms, the earlier tornado season will be in the United States, and it will take longer for that season to end. There is a very strong seasonal variation in the occurrence of tornadoes in the U.S. It starts in the south in Tornado Alley early on. The threat gradually rises north for a little while, before receding back down to the south later in the year.”

Colby says, “We are getting tornadoes later in the year. The outbreak that we saw in Texas in [late] March in Texas—that’s unusual. And that may be what is to expect in the coming years, is a possible ramped-up version of that.”

According to the National Oceanic and Atmospheric Administration, in December 2021, a massive tornado outbreak occurred in the afternoon hours of Dec. 10 and progressed throughout the night into the morning hours of Dec. 11. This outbreak included a strong EF-4 tornado that spanned four states, with the tornado originating in Arkansas near Jonesboro, and it tore through the boot-heel of Missouri, extreme Northwestern Tennessee, and dissipating several miles southwest of Louisville for a total of 5 hours and 22 minutes, surpassing the 1925 Tri-State Tornado with a distance of 250+ miles.

Colby suggests there is a way to limit the growth of climate change and said, “It would take a worldwide effort to reduce dependence of carbon-based fuels and limiting emissions that are released into the air from smokestacks and vehicles. The sooner that we can rely on alternative fuels, the better. With the rise of electronic cars, we are moving in the right direction. However, this is a very costly price for a massive change. But there is a long way to go before then.”