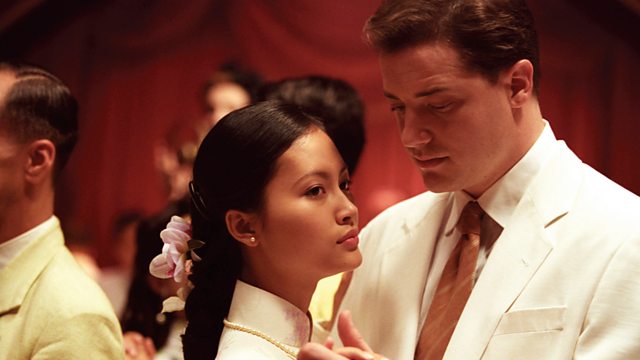 Director Phillip Noyce may not be one of the most prominent names when it comes to filmmaking. However, the working man behind “Patriot Games,” “Clear and Present Danger” and “Salt” has produced quite a few films in the past. Beyond the notable action of mentioned titles, Noyce has proven himself to be quite capable of filmmaking at an even greater level of maturity. As one of his masterpieces, “The Quiet American”, turns 20 years old, this film is a testament to Noyce’s style and skill.

Released on September 9, 2002, “The Quiet American” adapts Graham Greene’s novel of the same title and follows Thomas Fowler, played by Michael Caine, a lazy but firmly neutral British journalist living in 1952 Vietnam. Despite the ongoing French Indo-China War, Fowler is adamant about remaining in the country. Fowler is married to a catholic wife in London, but through the smoke of opium addiction, he has found new delight in a younger Vietnamese girl, Phuong, played by Do Thi Hai Yen. Yet, when a polite and soft spoken American, played by Brendan Fraser, arrives in Fowler’s life,  the relationship and life that Fowler has come to acquire becomes threatened.

“The Quiet American” may seem like a film focused on the love triangle between these three characters, but the big picture is undoubtedly Phillip Noyce at his best. This film does not possess much action and the violent sequences are paced slow enough to match the drama. As a result, this may weaken the intensity of certain sequences. Nonetheless, “The Quiet American” fits perfectly into the spy genre as an espionage drama film that can be taken more seriously than any previous Noyce project.

That serious tone may negatively impact the entertainment factor. However, in attempts to remain faithful to the novel, Noyce clearly prioritized adapting the film as closely as possible with a few minor revisions that allow the movie to convey a similar meaning to the original book. The presentation isn’t over-styled either. Noyce has been known for his workman-like directing and while the world of “The Quiet American” is immersive enough with the signature and authentic Vietnamese sets, the style of the film does not overshadow the substance.

This film is also perhaps easier to follow in its twists and turns than “Clear and Present Danger”, and although veering more into artistic territory, there is still plenty of grey for the characters to play in. There is a reason why Michael Caine received an Oscar nomination for best actor from this film. Yet, Brendan Fraser finds himself in one of the most sophisticated roles in his career. Considering the title of the film regards his character, he absolutely steals the show, and with a performance of great subtly as well. Then, there’s Do Thi Hai Yen, who although did not speak a drop of English, convinces audiences that she understands the basics of the language when sharing the screen with her fellow cast members.

The cast was chosen well. The story revolving around France’s involvement in Vietnam rather than the U.S. is refreshing. The cinematography has aged accordingly, and Craig Armstrong’s soundtrack blends modern queues of 2002 quite nicely with a 1952 Vietnam at war. All of the ingredients to make a good film are present. But that presentation may not cater to a wide audience so kindly. This movie is a war drama with espionage, romance and a few sparks of action. But, in covering all of these elements, it is impossible to cater to specific audiences who are looking for just one of these components, and these audiences may find the experience lacking.

The narrative is quite diverse. But, for a 1 hour and 41 minute runtime, it feels rather slow in unraveling the mystery. As a war drama, the craftsmanship of “The Quiet American” is far from an action film. It feels much more mature and sophisticated than “Clear and Present Danger”. At the expense of popcorn entertainment, this film possesses an acquired taste that may be most suitable for audiences who are interested in a slower and darker cinematic experience. Casual viewers are likely better off watching Noyce’s other adaptations, but for those who read the Graham Greene novel or are familiar with Noyce’s espionage films of the past, “The Quiet American” is certainly a compelling watch.