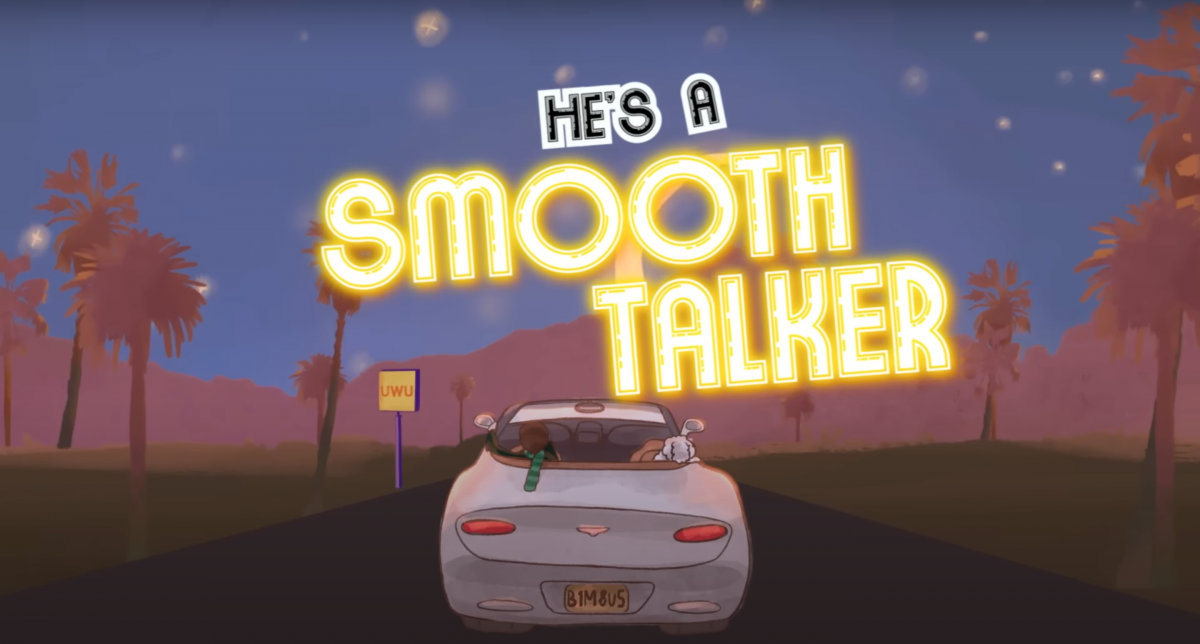 (Photo courtesy of JohnOfTheForest) “”Smooth Talker” is the latest song to release from JohnOfTheForest. It was uploaded to his YouTube channel as well as Spotify on June 3, 2022.”

Every day, people listen to music all across campus with different varieties of genres. From music from the likes of XXXTentacion to Eminem, and so on, one genre falls unnoticed by the rest, and a relatively new one it is. This genre is called Simpcore, a genre where one can make music about a person they desire, specifically famous online streamers.

JohnOfTheForest, the main mastermind behind the simpcore genre, is a YouTuber and Twitch streamer who is the forefather of this new musical movement. It began back on June 3rd, 2020, with the release of the first-ever simpcore song “Poki Poki,” designed and intended for the infamous Twitch streamer Pokimane. With the release of Poki Poki, the “Simpcore Era” had begun.

Every year on June 3rd, John releases a new Simpcore song with the help and ingenious guidance of his Twitch chat to help steer the song towards its final craft. What is even more astonishing about John is, that he only completes these songs in a matter of a few months. He’s got quite the talent for creating music quickly, and at high quality. It is a shame that he has not been discovered by more listeners.

The next simpcore song to be released was on June 3rd, 2021, with the release of “Do It Like Rae,” intended for YouTube streamer and owner of the gaming group 100 Thieves Valkyrae. While “Poki Poki” involved just him with the vocals, “Do It Like Rae” features another vocalist by the name of OneHandedBandit, or known as O.H.B. for short.

Another cool fact about simpcore is that each of them are released on “National Simp Day,” a holiday which John himself recently created. Sure, the stigma around the term “simp” has been associated with a negative connotation since 2020, but John seems to be trying to change that stigma for the better by releasing these songs once a year. His devotion to these beautiful pieces of art definitely speaks volumes.

Adding to the primary vocalists listed above, John also summoned members of his twitch chat to send voice clips of them singing the word “uwu,” so that he could insert it into the song as a gang vocalist chord. This took some time, to ensure that all of the voice recordings were in sync with one another, and making sure they were all in tune.

When asked by The Connector about the hardest part of the music production process, John stated “Well, they’re all different. Each song has its own difficulties you have to navigate. For Poki Poki, it was simply getting it to her. For Do It Like Rae, it was writing the Tagolog part. And for Smooth Talker, it was trying to get it done on time.”

You can stream all three of John’s songs on Spotify right now, so go and give simpcore a try and let the good vibes roll.