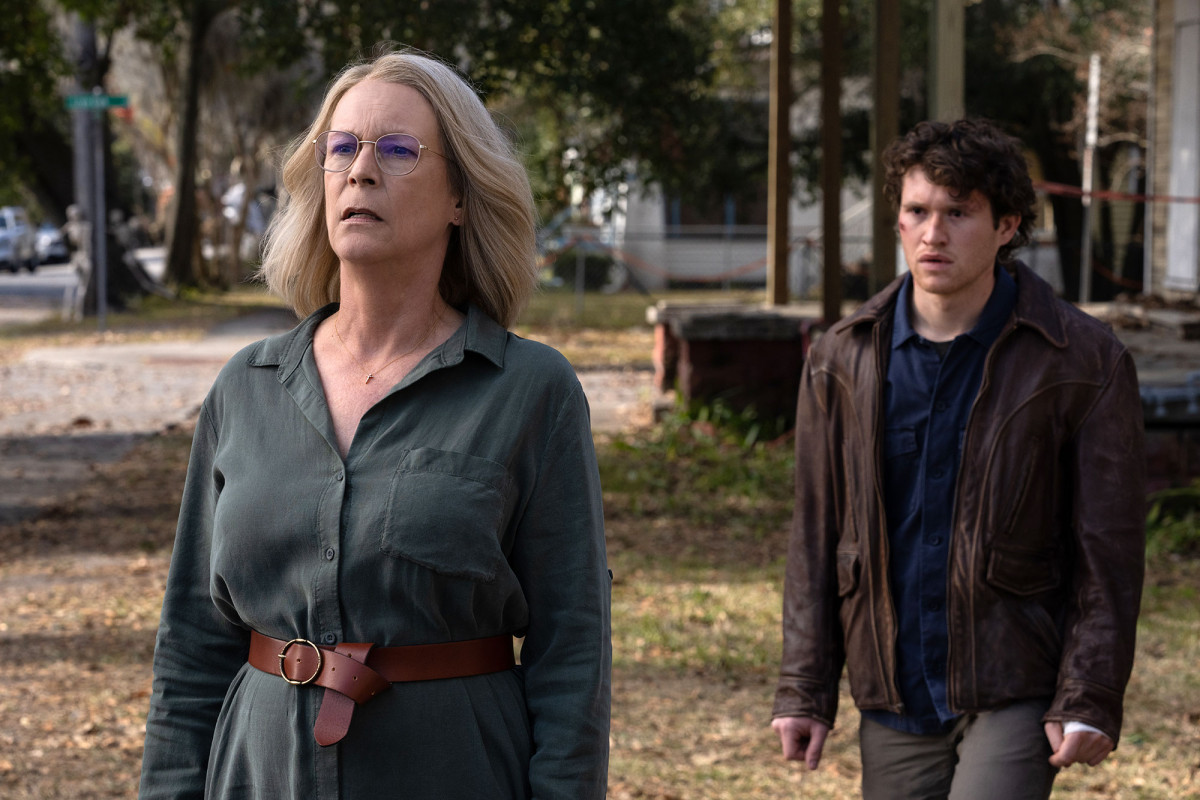 The most recent timeline of the Halloween franchise has concluded as Halloween Ends released Friday Oct. 14. A lot of hype has surrounded this movie, as the open ended climax of the previous film, Halloween Kills, left much to be answered in the final installment. The trailers leading up the film’s debut left even more questions unanswered and heightened audience speculation about if Michael Myers would meet his end, or if he would survive for a potential Halloween Kills Part Two.

We return to Haddonfield four years after the events of Halloween night in 2018, finding Laurie Strode and her granddaughter Allyson as they’ve both appeared to move on from their shared traumatic past. New characters and returning ones become integral pieces to this movie’s plot and embrace the haunting past that Michael Myers had left on the terrorized town. Halloween Ends was an experience reminiscent of most other movies that tied up the other Halloween timelines. The clear distinction from those however, is that this was profoundly awful.

Many were anticipating the release of this film, waiting to see if the infamous serial killer would meet his demise and end the fight for survival the Strode family has endured since 1978. It was either going to be a fantastic film that ended the franchise with a bang, or a disappointing extension of the Halloween franchise that, like many others, went on for too long. Sadly, it falls under the latter category.

Halloween Ends is a 105 minute film that showed very little of Michael Myers. He only appears in the movie for a few frames and for the final battle between him and Laurie Strode. What filled the rest of the time was one of the most convoluted and bizarre storylines in the franchise, one that didn’t make a lot of sense at certain points and seemed unnecessary at others. The character dynamics and interactions seemed alien, and the drawn out monologues some individuals recited seemed rehearsed and unnatural. It’s hard to criticize this movie without hinting at any spoilers, but the scenes from the trailer that gave this movie its hype seemed to be the only interesting parts of Halloween Ends. The cast of actors and actresses were very strong in their roles and embraced their characters wholly. Jamiee Lee Curtis brought Laurie Strode back to life, as she always does in the characters she plays. However, poor writing seemed to be what was holding it back from being a show stopping feature film.

The only thing that kept this movie from getting an F was its gore and special effects. Not many people in this film met their demise, however those that did so made those few scenes memorable. It almost made the rest of the movie watchable as some deaths were comical and brought back the gore that made Halloween 2018 a heavy hitter in the series. For those fans that have been following the Halloween franchise from the beginning, this movie is a necessity, as it completes another timeline in the conglomerate universe that surrounds Michael Myers. However, this movie is not recommended for thrill seekers and horror fanatics, as the disappointment from Halloween Ends would be almost overwhelming. Will Haddonfield finally be free from Michael Myers and the evil he’s left there, or will his spirit leave the town in disarray for good? The answer is revealed in this dull movie.