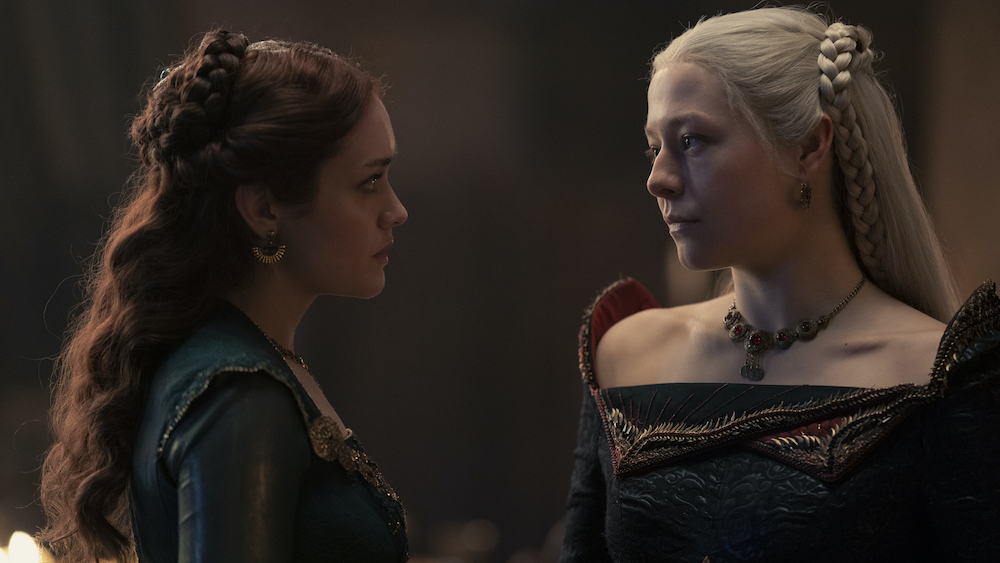 (Photo courtesy of Variety) “House of the Dragon” has wowed viewers after a controversial and critically panned “Game of Thrones” finale.

For varying reasons, many expected “Game of Thrones” spin-off series “House of the Dragon” to be a failure. For much of its run, “Game of Thrones” stood up as the pinnacle of television achievement. By its series finale, it had turned itself into a laughingstock due to how disappointing it was. Adapting a spin-off book that was essentially a historical textbook in the “A Song of Fire and Ice” universe was, on paper, an awkward choice to course correct. However, despite these factors, “House of the Dragon” has flown onto the scene as one of the most promising new television shows of the year.

“House of the Dragon” takes place approximately 200 years before the events of “Game of Thrones”, and follows what is known in-universe as the “Dance of the Dragons”, a civil war over the succession to the Targaryen throne. Having not born a son, King Viserys names his first-born daughter Rhaenyra to be his successor, causing strife amongst both the people of the Seven Kingdoms and the internal leadership.

At the center of “House of the Dragon” is a phenomenal array of acting performances. To pick just a few is a disservice to the excellent work that every actor does in every minute of screentime, but it is impossible to recognize the achievement of “House of the Dragon” without mentioning its standout stars Paddy Considine, Emma D’Arcy and Milly Alcock.

Paddy Considine plays King Viserys Targaryen, the ruler of Seven Kingdoms at the onset of the series. Emma D’Arcy and Milly Alcock both play his daughter Rhaenyra Targaryen, D’Arcy as the older Rhaenyra and Alcock as the younger. Considine carries the weight of Viserys’ kinghood and his strides to hold his family together flawlessly and delivers one of the most breathtaking acting performances put to screen this year in episode eight. D’Arcy and Alcock manage to beautifully portray the same character with decades of distance, showcasing both Rhaenyra’s progression into maturity and her childhood desires perfectly. The rest of the cast does an excellent job as well, but it would be hard to see Considine and D’Arcy not winning Emmy Awards for their performances here.

The season gets off to an inconsistent start. Season one must perform the impossible task of setting up decades worth of background information and character development, so that the audience is familiar with the characters for when the Dance of the Dragons actually begins. As such, the season employs a frequent use of time jumps, varying from six months to 10 years between episodes early into the season. The ten year time jump between episode five and six is particularly awkward, due to some characters aging up to get new actors, while other actors are not replaced and look the same age after.

It was particularly disappointing to see Alcock be replaced so early into the show’s run. While D’Arcy is a fantastic replacement for her who plays Rhaenyra just as well, it would have been really great to see Alcock have more time to shine. Her rebellious but loyal demeanor was the central strong point of much of the early season, with time that she was not on the screen feeling simply uninteresting.

However, once “House of the Dragon” reached the point where they no longer needed to keep skipping time is when it truly hit the ground running. The final four episodes of the season are some of the best television made this year, with captivating familial drama, high budget action, star-making performances and never-ending tension. Much like its predecessor, “House of the Dragon” does an excellent job of ensuring the audience has characters to root for, while not sacrificing the ideal that no one is wholly “good” or “bad”. Everyone has their reasons for acting as they are.

In many ways, season one of “House of the Dragon” is just a warm-up. The last minutes of this season are emotionally devastating and are sure to serve as the inflection point for a significantly more action-packed season two. However, as far as warm-ups go, it is hard to ask for match better than this. Strap yourselves in, because HBO has itself a guaranteed new classic bound to be discussed for years to come.