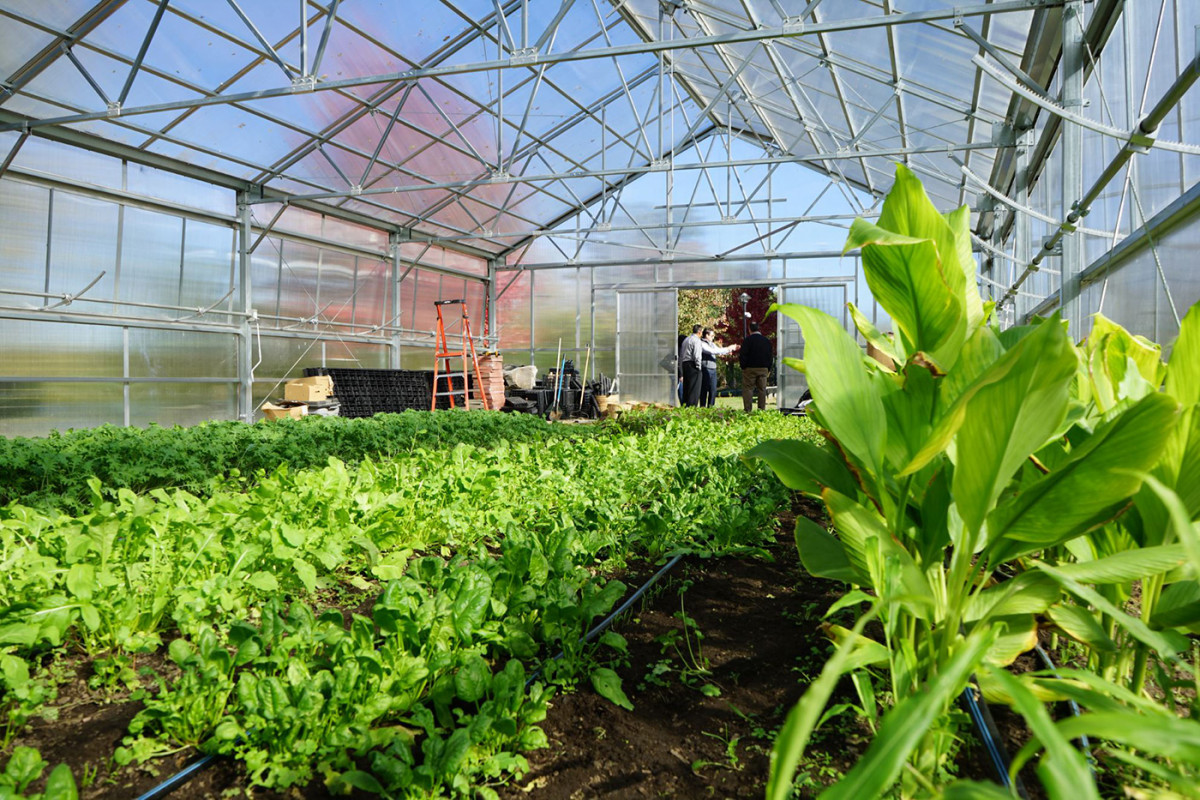 (Photo Courtesy of UMass Lowell Office of Sustainability)
A shot from the sustainable greenhosue on East Campus.

The sustainability program at UMass Lowell has grown enormously since its start. Established in 1932, UMass Lowell has emphasized sustainability on and off campus. Starting off with the launch of its recycling program, the college has taken other steps to ensure an environmentally sustainable campus. Some other initiatives taken include the Single-Streaming Recycling program in 2008, Climate Change initiative in 2009, Innovative Food Waste Diversion program in 2013, Accelerated Energy Program in 2015, the launch of SEED Fund in 2017 and so much more.

Kelly’s role has provided support to many different initiatives relating to sustainability, including the university’s Property and Asset Management, the UMass Lowell Sustainability Engagement & Enrichment Development Fund and continuing and developing local partnerships to increase community outreach and engagement. Her main tasks are to oversee the university’s on campus waste and recycling operations, coordinate with affiliated vendors and collaborate with the team of sustainability student assistants to ensure responsible recycling practices.

The Alternative Energy Plan incorporated into UMass Lowell’s campus infrastructure includes an innovative design with skylights and a reflector in the UCrossing lobby, which helps distribute natural light. It also adds a centrally controlled energy system, extensive lighting control systems with occupancy sensors that minimize energy use, furnishings made with low-emissions material, controlled heating in the winter and new motion activated light sensors.

These additions to pre-existing buildings aren’t the only actions taken for UMass Lowell’s journey to a more sustainable campus. “We have been organizing multiple events to promote sustainability of materials on campus,” says Kelly. One such initiative was the recent Thrift Day in partnership with Casella, a regional waste management company based in Vermont. This event commenced with a brief talk on recycling and spreading awareness about sustainability. It included giving away previously owned clothes to whoever needed them. “This makes people more mindful of their actions and seeing some attendees talk about waste recycling is half the goal accomplished,” said Kelly. The students have also benefited from this initiative as well. “This event has been so useful to me,” said Andrea Gruber, a first year PhD student in Plastics Engineering.

In the future, they would like to organize more events with student and faculty engagement. Their event success has even made its way to UMass Dartmouth where they joined them for Ethnic Fest on November 3 and partnered  with Casella for another giveaway. “We are hyped to support our friends at the Climate Change Conference [from November 6 to 18],” Kelly said, “and invite any student who would be keen to do so!”.

The overall push for a sustainable campus has increased in the last couple years and is currently being pursued in the Earth-To-Earth Composting program. This program includes purchasing bagged compost generated by university dining. From the beginning, stakeholders at the university wanted to ensure that leftover food scraps would be used to create high-grade compost and not be fed to animals. Sending food scraps to be made to compost is called Earth-to-Earth composting. Through partnership with Casella Waste Solutions, a local composting facility was identified and accepted the food waste.

“These are some of the many sustainable practices followed on campus,” said Kelly. When asked about what steps an individual could take to further their own sustainable practices, she says, “I’d recommend educating oneself about sustainability and the need for it, eating with the season, consuming organic produce and buying from local farmers markets.”