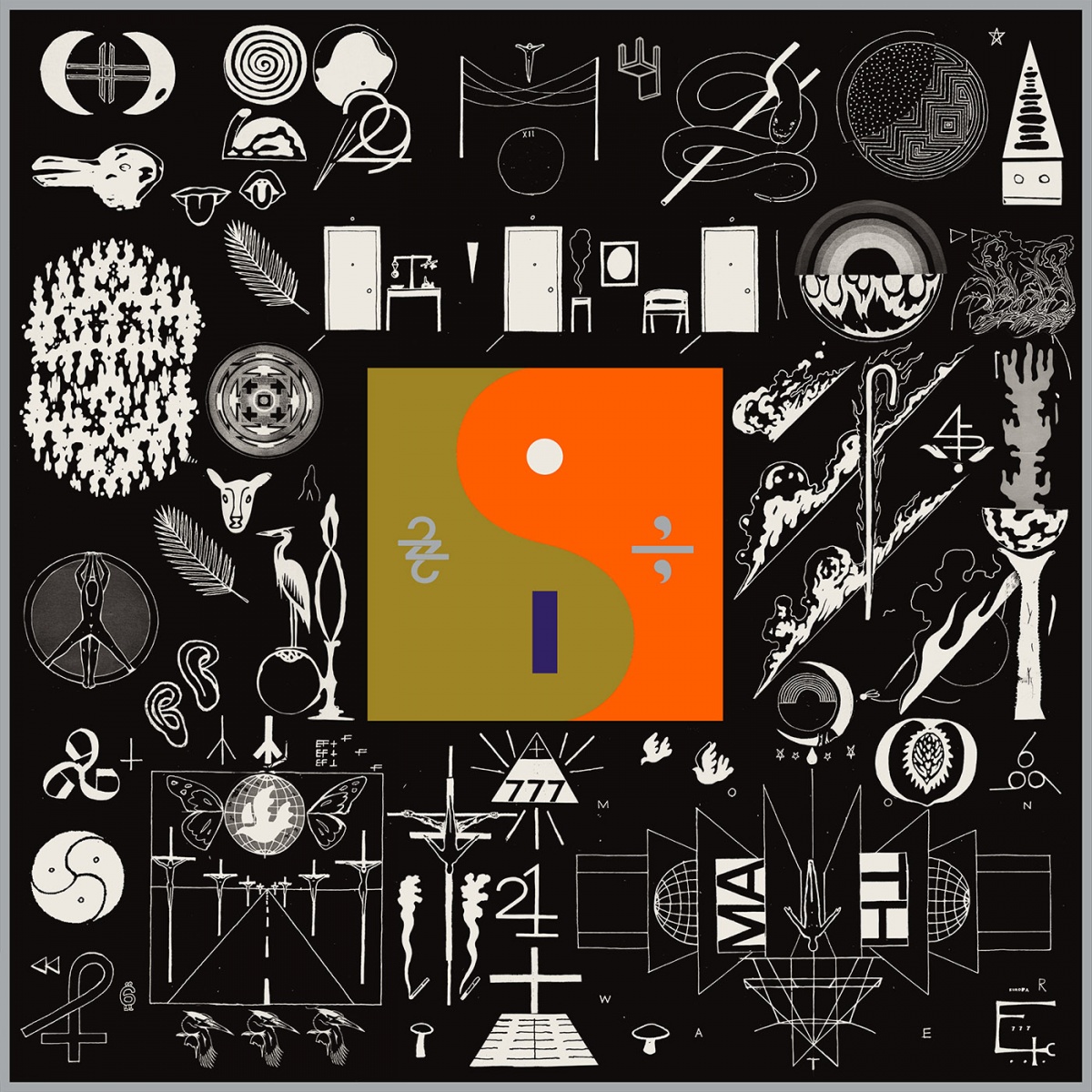 The album opened at number 2 on Billboard 200 and sold 71,000 units in its first week. (Courtesy of Jagjaguwar)

When Bon Iver released their first album in 2008, listeners found the “Skinny Love” singer, Justin Vernon, to be folksy in a totally new way. In their first album in five years, “22, A Million,” Bon Iver manages to become what could be the most progressive artist in recent history. On Vernon’s latest work, we find less acoustic guitars and more synthesizers, samples and soundscapes. The album, doused in samples, heavily relies on Kanye West’s influence, which is appropriate considering Vernon’s appearance on West’s album “My Beautiful Dark Twisted Fantasy,” released back in 2010.

With what sounds like a human gong, “22, A Million” opening song, “22 (OVER S∞∞N),” prepares the listener for a 34 minute aural adventure. Warning that “it might be over soon,” Vernon sings about his rise to fame and how it inevitably will have an opposing downside.

Tracks like “715-CREEKS” are both minimalistic and West inspired. Vernon’s vocals drenched in auto tune are the sole instrument on this song. Bon Iver fans could make the connection to a previously released track, “Woods,” off of the 2009 EP, “Blood Bank.” Beauty can be found on melodically pleasing tracks throughout the album. On “33 ‘God’,” the album’s most religious song, combines gospel-like, altered Jim Ed Brown vocals alongside auto tuned harsh lead vocals to tell a story of a lost lover or God.

“29 #Stafford APTS” could possibly be Crosby, Stills and Nash inspired. While Vernon’s finger picked guitar and piano fill in the gaps, his vocals take the front seat on this song. This track is a perfect example for how Vernon takes a familiar songwriting pattern, and changes it to fit his liking. Each verse and chorus are slightly different, with changes in pitch and melody. With static fuzzing over the vocals, the listener may check their earphone jack to make sure there is no loose connection. Rest assured, your track is not skipping. Vernon’s vocals seem to sputter and fall apart as he sings about old burned bridges.

On “666,” we find our album’s narrator dealing with the devil. “Just come off of your kneel,” cries the narrator, struggling with internal conflict. On this song, it is easy to hear the mix of minimalism and complexity that this album is full of. Beautiful, ambient guitar string plucking is met with digitalized sound clipping. The song grows as the story being told unfolds, with more instrumentation creeping into your ear as each verse and chorus pass by.

From the first moment the listener picks up the album, they know they are in for an experimental ride. It could get overwhelming just trying to comprehend and take in all the symbols on the album cover. The symbols range from religious to satanic and include animals and diagrams. Every song title on the album contains a number, and most contain a non-traditional character. Fittingly, the art and song titles relate to the songs of the album in that this is not a traditional album.