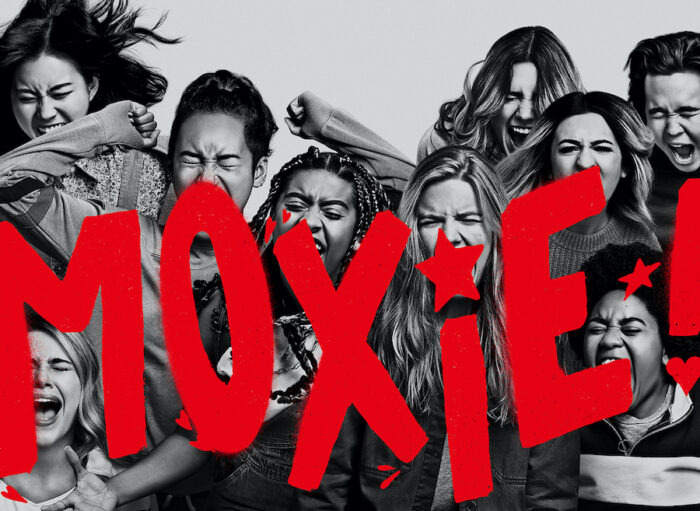 (Photo Courtesy of Netflix) Amy Poehler directs, produces, and acts in this adaption of this 2015 Young Adult novel written by Jennifer Mathieu.

The Netflix film, “Moxie”, directed by Amy Poehler was released on March 3, 2021. This feminist film was originally written and published as a book by Jennifer Mathieu in 2015. Although this story is an old one, the themes are still highly relevant to today’s society and audiences. “Moxie” is an empowering story about how change can happen when people band together for a greater cause.

The film follows a teenager named Vivian (played by Hadley Robinson), who is a shy girl until she witnesses the new girl, Lucy (played by Alycia Pascual-Pena), being harassed by the high school bully, Mitchell (played by Patrick Schwarzenegger). Vivian never thought herself capable of catalyzing change, but this changes when she stumbles upon her mother’s (played by Amy Poehler) old high school memorabilia and she sees that her mother used to be a part of a huge female empowerment movement when she was in school.

The film does an amazing job upholding the messages and ideals that the story is meant to have. “Moxie” is definitely not for the weak-hearted as there are many scenes of sexual harassment and mistreatment of young women. The scenes can be infuriating and might make viewers wish that they could join the Moxie movement themselves.

The actors and actresses are stellar as well. The film could not have done a better job at casting such a diverse and professional group of people. Hadley Robinson’s appearance and style absolutely fits the quiet-girl aesthetic that is necessary for her role in this film. Alycia Pascual-Pena also plays the perfect emo, strong-willed young woman who is a born leader. Lucy is definitely a character that a lot of people can admire because her persona commands attention and embodies the need to speak up in the face of adversity and injustice.

Aside from the phenomenal acting, the fierceness contained in this movie is just as fierce as the novel. The movie does match up with the novel in certain cases and there are some obvious differences that can be noticed if one has read the book and watched the movie. There is one scene towards the end of the movie that will give the audience chills with how empowering and well-executed it is.

Though “Moxie” can be watched by anyone, it speaks specifically to women who have been subjected to harassment from men, but have been in positions where they were unable to do anything about it or were unheard by others. Even if the story itself is fictional, there are scenes that are common and realistic in the film.

It is clear that so much heart was put into “Moxie”. Amy Poehler brought the film to life as she had a part in nearly everything from directing to producing and even acting in it herself. This movie truly conveys the emotions that are meant to be felt while watching it. Anyone looking to find their spark and their fierceness will truly enjoy “Moxie”.