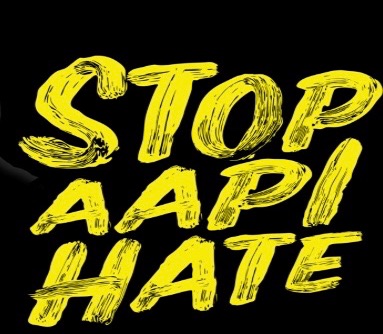 (Photo Credits to Stop AAPI hate)After the death of eight people at the March 16 shooting in Atlanta, members of the anti-Asian hate movement protested across the United States.

After the death of eight people at the March 16 shooting in Atlanta, members of the anti-Asian hate movement protested across the United States. Residents of Lowell, including students and faculty of UMass Lowell, have participated in protests and vigils, mostly taking place in 2020. Protests and talk of the movement slowed, but the issue of oppression and exclusion of Asian Americans is still ongoing.

Lowell is home to the second-largest population of Cambodians in the United States. After the recent election, Lowell gained four Asian men to represent the city. Sokhary Chou, Paul Ratha Yem, Domink Lay and Vesna Nuon are Cambodian and have all been elected in the recent November 2021 election.

“I think it is a step in the right direction, but it is not over,” said Anthony Milisci, a sophomore political science major, when asked about the election in relation to the elimination of Asian-Hate.

The city is home to many Asian American politicians. However, after speaking with Dr. Phitsamay Uy, the associate professor and co-director of UMass Lowell’s center for Asian American studies, it is clear that there is more to be done at the university to promote the inclusion of Asian Americans.

“Just because the press has stopped talking about it, doesn’t mean [anti-Asian hate] has stopped. They do not want to necessarily promote every bad thing,” said Uy. “That is why I am excited for the new AANAPISI grant, which will create an Asian American Center for Educational Excellence which will help increase the awareness and education of Asian American students and their issues at the university and in the community.”

Stop AAPI Hate is a non-profit organization dedicated to reporting anti-Asian hate and discrimination. Uy says it is an important resource for those who are curious to see when recent hate crimes have occurred. It provides a national picture of anti-Asian discrimination and should be looked at more, given hate crimes at the local level like those on the UMass Lowell campus which are not often in public reports. Recent media silence does not mean it has been resolved. Not many people are fully aware of the struggles that the Asian American community faces on college campuses.

Uy, who is a Lao American, noted that language is often a barrier to some Asian American community members.

“Vietnamese, Lao and Burmese community members, and as well as others are often forgotten.”

Language resources and inclusive opportunities for Asian groups may be unknown to many members of the UMass Lowell community, causing groups to feel left out.

Some students may be unaware of the resources the university has. UMass Lowell offers language support and mental health support, as well as other resources, at the Office of Multicultural affairs, the Diversity Portal and the Wellness Center.