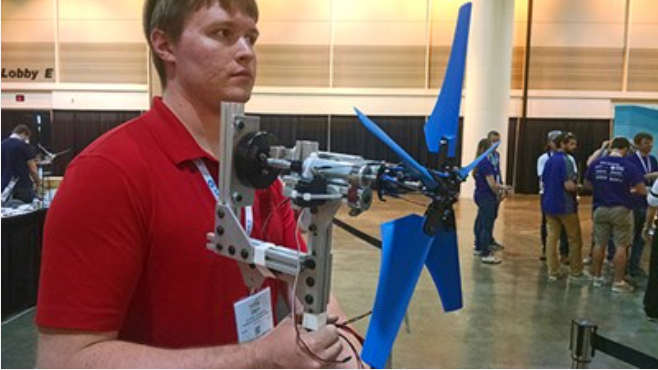 UMass Lowell, like many college campuses, has dozens of options for those who want to participate in an extracurricular club. From Model U.N. to Club Underwater Hockey, there are plenty of options for students who want to engage in activities outside of the classroom. However, how many of those clubs are actively contributing to help slow down the ongoing issue of climate change? The UMass Lowell Wind Hawks are.

The UMass Lowell Wind Hawks are a team of engineers from multiple disciplines (Aerodynamics, Civil, Electrical and Mechanical Engineering) that set out to design their very own wind turbine alongside business students to develop a feasible operation and business model for a hypothetical offshore wind farm. UMass Lowell is one of 30 universities across the country participating in the 2023 Collegiate Wind Competition (CWC), giving students the opportunity to apply their studies in a practical collaborative setting, while also getting the opportunity to learn about the rapidly-growing wind power industry.

Originally organized by the U.S. Department of Energy as an effort to increase student involvement in renewable energy, the 2023 CWC spans the length of the entire year. Over the course of the competition, students, alongside a team of knowledgeable faculty for guidance and support, will submit conceptual designs of the wind turbine by the engineers, reports on connection creation and project development of the offshore wind farm through research as well as a cost-analysis detailing specifics of which area in the Gulf of Mexico (this year’s wind farm location) was selected to build the wind farm. The team will first be judged on the mid-year deliverables that detail the progress the team has so far, and they anticipate advancing to the next phase in the competition, which will take place in New Orleans.

The Vineyard Wind Project, a major development of wind turbines just south of Martha’s Vineyard, has an ongoing project to build a wind farm of their own, creating numerous opportunities for students and other individuals to get themselves involved in wind power a bit closer to home.

“Wind energy is one of the renewable energy sources that is going to continue to grow over the next couple of decades as the countries, companies, and the world shift away from non-renewable energy resources to significantly reduce carbon footprint and slow down the effects of the larger issue, global warming.” says Charles Ward, the treasurer of the UMass Lowell Wind Hawks, on the importance of wind power.

Ward continues, ”China and European countries like Germany, Spain, Sweden etc. currently lead the world in energy production through wind resources and the U.S. is investing more heavily in the use of renewable energy resources as wind turbines are becoming larger, more efficient and produce larger amounts of energy.”

The ongoing climate crisis has made many people concerned about the impact of fossil fuels, the number one highest contributor to CO2 emissions. With wind power becoming more and more efficient, the possibility that renewable wind turbines may become the dominant energy producer is becoming more and more realistic, and helping make that possibility a reality are none other than UMass Lowell’s very own Wind Hawks.