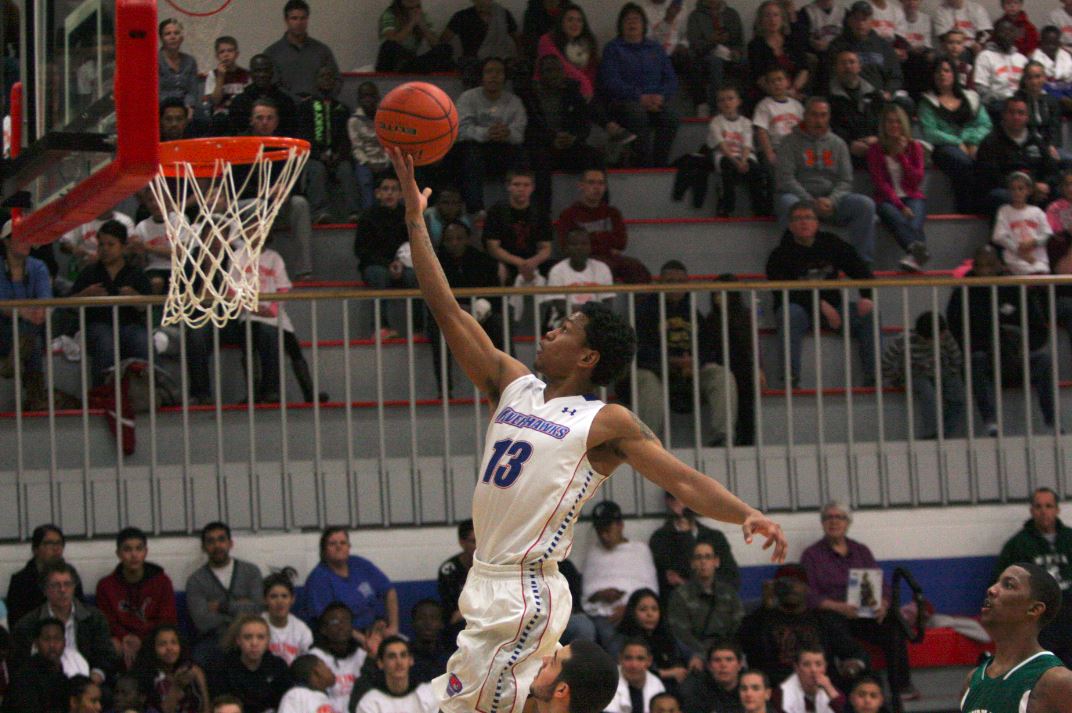 The UMass Lowell men’s basketball team more than held their own last season, exceeding expectations in their first full season as Division I with a .500 record in the conference at 8-8 and an overall record of 10-18. Considering the strength of their schedule (they played games against national powerhouses such as University of Michigan and University of Cincinnati) the 10-18 record was respectable. Despite losing three seniors in the offseason, including starting point guard and second team all-conference member Akeem Williams, the River Hawks feel they can improve that record this year.

“More than one opposing coach has stopped me after the game and said how tough our kids are and how hard they play,” said second year head coach Pat Duquette after the River Hawks got their second win of the season at NJIT. For a young team with eight freshmen currently on their roster, playing hard against teams that might be bigger or more experienced than they are is a huge piece to getting into the win column.

Even with over 50 percent of the teams’ roster being freshmen, the River Hawks don’t seem to have missed a beat thus far, proving to have some great young talent on the team. After sitting out the entire 2013-14 season due to injury, redshirt freshman Jahad Thomas has gotten off to a hot start replacing Williams in the starting lineup, averaging 14.5 points on 58 percent shooting from the field, to go along with 7.5 rebounds and 1 assist per game.

“He’s just a tough matchup,” said Duquette about Thomas after the River Hawks win at Sacred Heart. “He’s able to create offense for us.”

Thomas isn’t the only player stepping it up this season. Duquette has also credited senior forward Kerry Weldon and sophomore forward Tyler Livingston, among others.

It all starts on the defensive end for the River Hawks. Up to this point in the season, they hold a +1 turnover margin, good for third in the America East Conference. If they can keep that up and combine it with a balanced scoring attack, the River Hawks could be very successful moving forward.

After going 2-2 in four away games thus far this season, the River Hawks look to improve that record in their home opener Tuesday, Nov. 25 against Division III Mount Ida College.