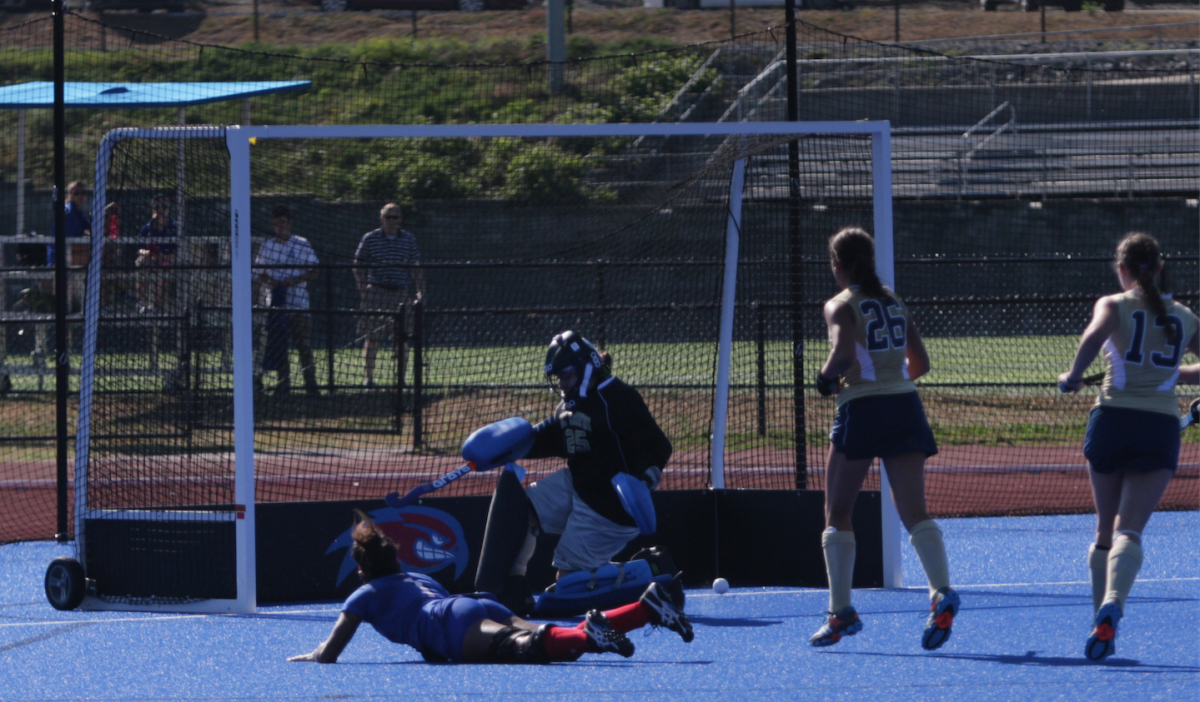 With the conclusion of the 2014 field hockey and soccer seasons,  and nearing the end of the track and field, cross country and volleyball campaigns, it’s time to look back at some of the best moments of the UMass Lowell fall sports season. While these River Hawk teams recently completed their second season of Division I and America East competition, there was no shortage of exciting moments this season. Here are this year’s 10 best:

The UMass Lowell volleyball team swept the Quinnipiac Bobcats, 3-0, in Hamden, Conn. to earn their first win as a Division I program on Sept. 3. The River Hawks took each set by at least six points (25-17, 25-17, 25-19), and snapped a 30-game Division I losing streak, which dated back to their first match of the 2013 season.

Freshman defender Austin Kimball found the net against Binghamton with one second left in the first half to help lead the men’s soccer team to victory on Oct. 25. With about 15 seconds left in the half, Guilherme Rodrigues sent in a corner kick, which was first touched by Wuilito Fernandes and then headed in by Kimball, giving the River Hawks a 2-1 lead, which ended up as the final score. 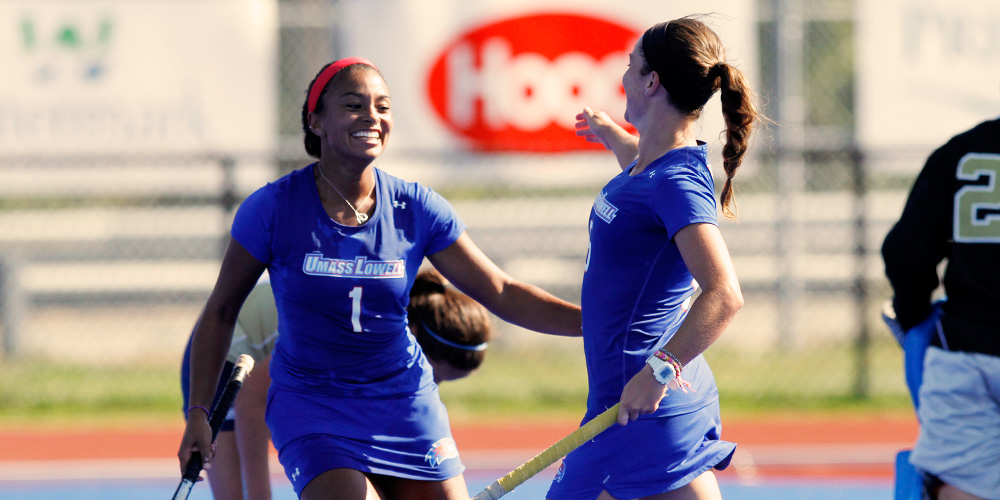 Senior Bianca Jones scored a hat trick and led a second-half comeback to lead the River Hawks to a 3-2 overtime win against the UC Davis Aggies on Sept. 27. Facing a 2-1 deficit starting the second half, Jones scored an unassisted goal with 20:30 left in regulation for her second goal of the game. She then sealed the victory and the hat trick with a goal assisted by Chelsea Chronopolous with 2:24 left in overtime.

The River Hawks earned their first-ever Division I home win, 3-1, in their 2014 home opener against NJIT on Sept. 27. Their win was one of three UMass Lowell home victories on the day, including a field hockey win against UC Davis and a men’s soccer victory over Sacred Heart.

The men’s soccer team faced battled light rain, near-freezing temperatures and heavy wind gusts to pull off a victory against NJIT with three second-half goals at Cushing Field Complex on Oct. 22. The River Hawks tied the game on a 35-yard goal by Wuilito Fernandes 15 minutes into the second half, while Homero Morais and Guilherme Rodrigues chipped in with goals of their own.

The River Hawks took down Stony Brook in five sets Friday night to claim their first-ever America East win in Division I play. The win ended a 10-game losing streak and came against a team that entered the game in second place in the conference.

The field hockey season was the first fall sport to conclude its 2014 campaign and the only one so far to end with a win. In the second of two straight overtime games played by the River Hawks, freshman Christa Doiron scored the game-winning goal 11 minutes into overtime to seal a 1-0 victory over Saint Louis on Nov 1.

The women’s soccer team scored a season-high three goals in a 3-1 conference victory over the Stony Brook Seawolves on Sept. 28, a team that finished the 2013 regular season in first place in the America East conference. Freshman defender Sinead O’Callaghan scored the game-winning second goal for the River Hawks off a Shannon Groffie corner kick. The win was the first of two America East and five overall victories on the season.

The men’s cross country team finished second in the America East 8K Championship Nov. 1 in Orono, Maine. Two UMass Lowell runners placed in the top four, while the team as a missed first place to Binghamton University by three points, finishing with 62.

The men’s soccer team ended their season with an overtime loss, 1-0, to the University of Hartford on Nov. 5. Despite the result, this game was probably the most important in the men’s soccer Division I era. The River Hawks had a chance to finish the regular season tied with UMBC for first place in America East with a win and a UMBC loss to Stony Brook that night. Instead, they finished third in the conference, behind Hartford and UMBC, up from eighth at the end of the 2013 season.