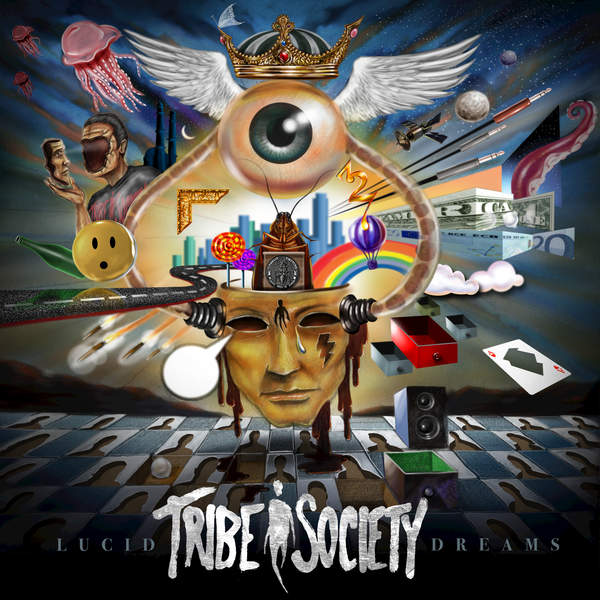 “Revitalization” may be the best word to explain the change Tribe Society has just gone through. Dropping the Gentlemen Hall moniker and parting ways with a bandmate, the quintet have reestablished themselves as a heavier, hip hop-influenced alternative rock band.
We were first introduced to Tribe Society when they released a “reimagined” version of Young Thug’s “Stoner” in February. Their newest EP, “Lucid Dreams,” has taken the internet by storm – the track “Kings” reached number four on Spotify’s U.S. Viral 50 playlist, which lists the top 50 most shared tracks in the United States.
Bassist Rory Given and I were able to catch up via Facebook chat. We talked about everything from Pokemon to the new EP to how to make symbols on a MacBook keyboard.

So, let’s ask it. Tribe Society was formerly called Gentlemen Hall. When and why did you guys realize you wanted to rebrand as Tribe?

We eventually ran into a wall with the happy-go-lucky summer stuff, we just weren’t into it anymore. Kind of started taking things more seriously about a year ago. One of the guys had left the band and we were in a really different place so we went into what we were feeling, which was more of the music we grew up on. Real ‘90s stuff. We wrote and wrote and wrote with no intention to change the band name or anything, but eventually it was obvious this was a whole different animal you know?

It didn’t make any sense to call it Gentlemen Hall anymore because it wasn’t really GH.

Absolutely. And you can really tell that just by listening to the EP. It would be a fallacy to call this Gentlemen Hall music.

Haha I like that. It would be a fallacy.

Where did you get the name Tribe Society?

I think that had a lot to do with the sound we pulled together too, roping in all of our different influences.

That’s another thing that’s really relevant in the new music, too. On Spotify you have “Delirium Sonata” which features “reimagined” versions of a pretty eclectic batch of songs and artists, from The Beatles and Smashing Pumpkins to Eminem and Young Thug. What was the thought and creative process going into this [album]?

Yeah, it’s kind of just a stream of creativity I guess. We just picked songs we were into at the moment and ran them through the gauntlet until we thought we were paying an appropriate tribute.

“Stoner” [by Young Thug] was kind of an exception though. That was more like… this guy is so fucking ridiculous we have to do something with this.

Whereas Eminem is, or was, an actual genius.

Yeah, true – he’s basically the opposite end of the spectrum of Young Thug in many ways haha.

Haha, right. Do you know the band Ghost?

With the dude that dresses crazy? I managed to miss them as well before the Deftones last year.

YES. Have you heard their version of “Here Comes the Sun”?

No, but I’m pulling it up now. (a minute later:) Yeah this is not what I was expected.
Cool though; I like the creepy ass organ.
“What i was expected” hahaha dumbass.

This is my response.

Hahahahaha please tell me you can put that in there somehow.

(The conversation veers into talk about Pokemon, and the following ensues.) 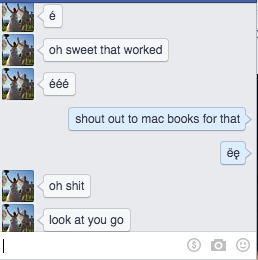 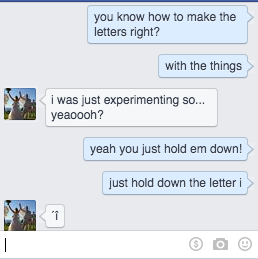 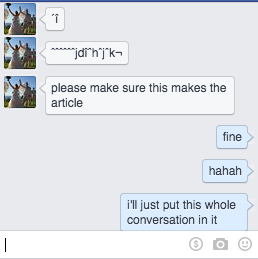 What artists or bands would you say have the biggest influence in Tribe Soc’s sound?

I think me and Rza have a lot in common.

We both spit that fire. And we’re both kazillionares with super successful music careers.

On the subject of careers, are you guys solely doing the band? Or are you working super secret other jobs on the side?

About 90% of the record was paid for by selling weed and sperm actually.

I’m going to use that as your official answer.

You’re gonna win a Pulitzer for this thing.

Who are some artists you’d love to collaborate or play with?

I think it would be amazing to write with Trent Reznor or Anthony Kiedis. Someone who has a unique approach but can go in and out of their own head.

Not just my favorite artists, but someone who can be totally nuts or totally composed and wrap it up into something really raw and exciting.

That was a great answer.

Yeah I practice a lot. Nah, just kidding. But I really like those guys.

Who are your favorite artists? Some all-time and some current.

[Red Hot] Chili Peppers will probably be at the top forever. Deep Purple, Thin Lizzy, Imogen Heap and Cake probably round out the upper tier.

That’s awesome! I was hugely into Bon Jovi for a long time. So, to round things up, what’s coming up next for Tribe Soc?

Working on the next record (maybe a full-length, who knows). Doing a residency in NYC next month at Pianos, which I’m looking forward to. Aside from that, the usual mischief and such – putting together some things outside of the normal writing and tour schedule, but not really anything of substance yet.