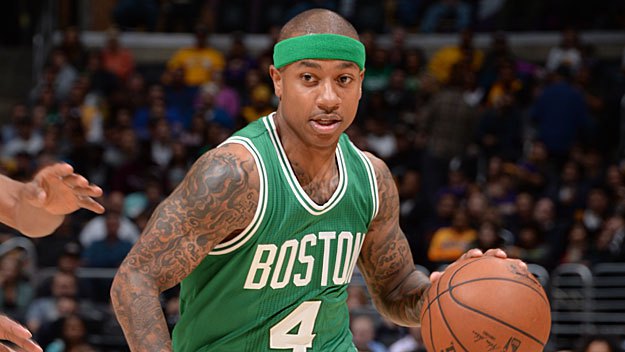 The Boston Celtics finished the 2014-2015 season with 40 wins, enough to make it into the playoffs as the seventh-seed only to get ousted by Cleveland in the first round. During the second half of last season, Boston had the third-best record in the league. Heading into this season, there is a lot to be excited about.

Over the past few years, the NBA’s Eastern Conference has been weak. There have only been a few teams that have a had a shot at contending for the title, including Cleveland and Atlanta last season. A few more teams will be in the mix this year, such as Milwaukee, Miami, Toronto and Washington, but there is no reason the Celtics should not be able to make the playoffs.

The Celtics have looked very strong in preseason games thus far, even though preseason performances should be taken with a grain of salt. However, there is no denying that Boston’s sophomore point guard, Marcus Smart, and big man Kelly Olynyk have been turning heads with their improved all-around game. Rookie shooting guard, R.J. Hunter, has looked like a tremendous,pinpoint shooter so far and he could prove to be a valuable scorer, something the Celtics have needed to address ever since Paul Pierce was shipped out of town.

Speaking of scoring, the Celtics have perhaps the upcoming sixth-man of the year in Isaiah Thomas. The hyper-aggressive 5’9” point guard came off the bench last season and had great outbursts of scoring and playmaking, which was a huge reason for the team’s second-half surge. Celtics fans should expect Thomas to play a large role on offense again this season. Well-respected head coach Brad Stevens prefers to use Thomas off the bench because his defense (i.e., his height) is a liability and Marcus Smart is a lockdown defender. Thomas provides a much needed spark when he is on the floor leading the bench unit and his presence on the young squad is incredibly valuable.

Two big-men acquisitions were made over the summer. Power forwards David Lee, acquired via trade with the Golden State Warriors, and Amir Johnson, signed as a free agent, are reliable veterans who will probably play equal minutes and provide steady production. They have both looked spectacular in preseason games so far and could be expected to average around a 10 point and 10 rebound line. An imperative issue the Celtics needed to address in the offseason was rebounding, and these two veteran big men are primetime rebounders in addition to being efficient scorers.

Perhaps the greatest strength of the Celtics is their depth. Scanning through the roster, every player on the Celtics roster can be a playmaker, scorer, or contribute in some way to help the team win. Players like Tyler Zeller proved how important consistency and efficiency are last season. The modern NBA is all about position malleability; players are expected to play multiple positions. Many players on the Celtics thrive at this.

Evan Turner is a valuable swingman who can be the floor general and also score when needed. Jae Crowder is an underrated player in the league, as his athleticism, scoring and defense allow him to be effective at shooting guard and possibly both forward spots. Jonas Jerebko is a great stretch-four off the bench who can also play some small forward. The Celtics can play both small-ball and bigger lineups because of their rotation of malleable players.

Sports website FiveThirtyEight.com predicts the Celtics to win 48 games this season. Optimism seems to be abound. A finish under .500 would be a failure, and there is no reason why the Celtics could not finish with 44-50 wins. Beating Cleveland in the playoffs, however, is a different story.