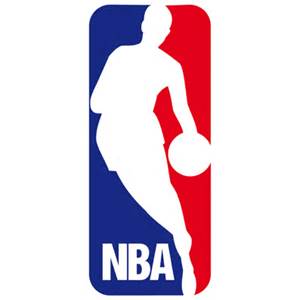 The National Basketball Association has never been more popular than it is now. This is because basketball is a fast-paced, team-driven, relatively safe and exciting sport to watch. However, in terms of pure talent and skill, there are some NBA players who deserve more recognition from the general public.

Gobert is essentially the Eiffel Tower who came over to the United States to scare professional basketball players. He has awesome nicknames, which include the “Stifle Tower,” the “French Rejection,” and my very own nickname I am just now donning upon: “Mr. Gobert: the High Note,” both a reflection of his height, and a musical note, as he plays for the Jazz. He stands at seven feet two inches tall, which enables him to block out the sun whenever he goes outside. Imagine a skyscraper and a pterodactyl having a baby. That’s Rudy Gobert.

Horford is a player every team would love to have because he has been consistent for so long. His career averages of 14 points and nine rebounds per game may not blow you away, but he has been doing it for nearly a decade, and his consistent play is a central reason why Atlanta has been a playoff team and a true contender the past couple seasons.

Boston, stand up! But if you do, make sure you do not stand in front of Boston’s electric, short point guard. Thomas has been stellar since arriving to the Celtics last season, and this season he is averaging about 21 points and six assists per game to go along with a nifty Player Efficiency Rating of about 20. In a league full of great guards, he deserves more praise.

Conley is the reason Marc Gasol decided to stay in Memphis when he hit free agency. Conley possesses all the necessary attributes of an NBA point guard. His stats will never blow you away, but his pure talent enables a Grizzlies team notorious for poor perimeter shooting to routinely win 50 games a season. He also broke his face last season, and some of the symptoms might be affecting his play today.

Derrick Rose was once Chicago’s post-Jordan hero when he dominated basketball from 2009 to 2012. Butler burst on to the scene last season, scoring 20 points per game to go along with lockdown defense. Going forward, he will be commanding the Bulls.

Lowry is the centerpiece of Drake’s NBA team. DeMar DeRozan and Jonas Valanciunas are Lowry’s fellow carnivorous Raptors, but Lowry is the alpha. He can score, he can pass, he can lead his team to the playoffs, but winning in the playoffs is another story.

After losing LaMarcus Aldridge to free agency, Portland is now relying on their young, extremely talented point guard to guide them through the future. His amazing playmaking and shooting abilities – he once held the record for most three-pointers in a season – gives Portland a strong backbone to work with.

Wall’s athleticism is matched in the NBA by few players. His speed is remarkable, his passing and court vision are spectacular, and his shot selection is a nifty collection of floaters and quick jumpers. He and Bradley Beal are very exciting to watch, and are also one reason why some view Washington as a free agency destination for Kevin Durant.

Drummond is the reincarnation of Orlando’s Dwight Howard. Stan Van Gundy has turned the 22-year-old into a glass-cleaning machine, as Drummond is averaging just about 20 rebounds per game to go along with 20 points per game. That is some 20/20 vision I would love to see in Celtics’ green.

The Spurs are boring. 24-year-old Leonard is almost a perfect player. He scores, he rebounds, and he shuts down any human being he chooses to guard, including LeBron James, which is why he won Defensive Player of the Year. Most importantly of all, he is a proven winner. For some reason, he does not get much coverage. Everybody talks about LeBron, Curry, Durant and Westbrook. Why not Leonard?