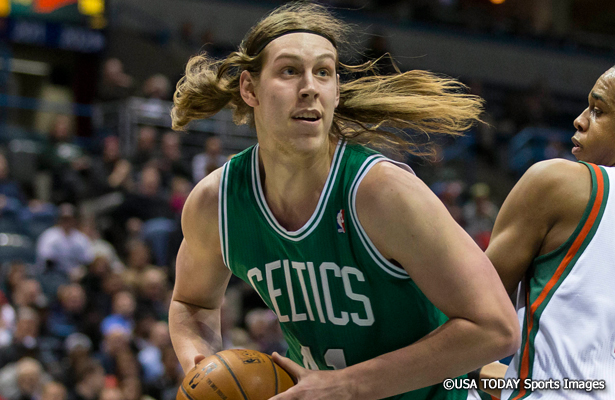 Before the 2015-2016 season tipped off, I wrote an article predicting the Celtics should be able to win between 44-50 games this season. Through 47 games, a little more than halfway through the season, the Celtics sit at 26-21 and are in sole possession of the Eastern Conference’s fifth seed.

The Celtics have a plus-4 point differential, good for third in the East. Boston also puts up the most points per game in the Eastern Conference, scoring an average of 104.4 points every game.

If it were not for a few unfortunate and downright strange losses to the Lakers and Nets, the Celtics would be sitting pretty with a 29-18 record. Brad Stevens is quietly one of the best coaches in the Association. The roster that he has worked with this season has responded fantastically to him (with the exception of David Lee, who does not mesh with Boston’s fast style-of-play) and many players on the Celtics are having career-best years.

Avery Bradley, who the Celtics have long hoped would be able to produce more points and become a more reliable shooter, has done just that this season. He has scored 15 points per game and has shot a reliable 37 percent on three-pointers. Kelly Olynyk has also been a great three-point shooter; his 44 percent shooting from downtown is sixth-best in the NBA.

One player whose game has truly transcended to another level is Jae Crowder. The Celtics received Crowder from the Mavericks in the Rajon Rondo trade, and Crowder has become a key piece on this Celtics team. He is scoring 14.4 points per game with reliable 45 percent shooting, while shooting 36 percent from deep, a shot he has gotten better at throughout the season. On top of his offensive output, his defense has been amongst the best in the NBA.

As I also mentioned in my season preview article, Isaiah Thomas was expected to play a huge role on offense this season. He certainly has, and his excellent play is an enormous reason the Celtics are the East’s current fifth seed.

He is leading the Celtics in scoring with 21.6 points per game, well above his career average of 16.5 points per game, and his almost-seven assists per game also leads the team, both numerically and mentally. Isaiah Thomas was deserving to be an All-Star starter – he is near the top ten in scoring in the league on a 26-21 Celtics team – but he was selected as an All-Star reserve.

The Cleveland Cavaliers are leading the surprisingly competitive Eastern Conference, and any team with LeBron as player/coach/general manager/overlord is expected to make it to the Finals. However, the Cavs do face some competition this season.

But do not count out the Celtics – the resiliency, work ethic, and coalescence of talent that has occurred these past few months is indicative of a young, hungry team that really wants to win.

The Celtics sometimes have trouble finishing off games, but their fast offensive pace has led the team to score the fourth-most points in the league. The Celtics’ in-your-face, physical brand of defense annoys other teams and attempts to wear them out, and it works.

Coach Stevens and his players have done a terrific job so far this season, and the Celtics are almost definitely a lock to make the playoffs. They will try and do everything they can to improve and make a real run to the conference finals, or perhaps even beyond – expect Danny Ainge to possibly make a big trade to put the Celtics over the top.

This Celtics team is already a scary one, and they should improve even more as the season moves forward.

It is safe to say that no team wants to play Boston in the playoffs.