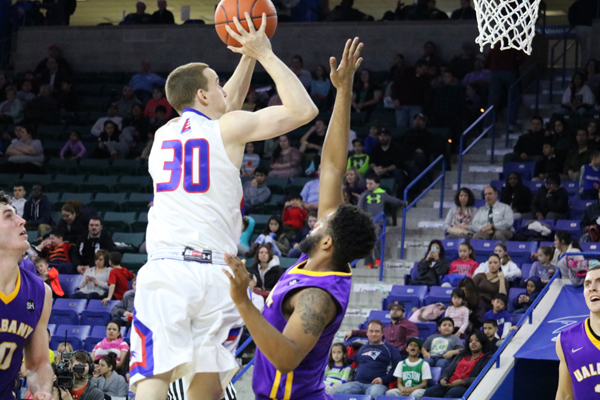 Guard Mark Cornelius was one of two seniors — along with DJ Mlachnik — honored before the game on Senior Night for the River Hawks. He scored six points and dished out two assists in a losing effort against the Great Danes Wednesday night at the Tsongas Center. (All photos by George DeLuca/Connector)

Normally a breakout player, freshman Issac White had one of his lowest-scoring performances in Wednesday’s season finale.

Redshirt freshman forward Dontavious Smith was a highlight player for the River Hawks, scoring 11 points, pulling down six rebounds and registering two blocks in the contest.