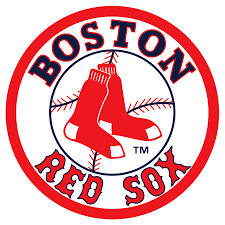 The 2015 Boston Red Sox finished a lot stronger than they started, bolstered by the youth of the team giving it all they had, and by the new Dave Dombrowski-headed leadership. The 2015-2016 offseason brought in David Price and Chris Young via free agency (and other minor league deals), and Craig Kimbrel, Carson Smith, and Roenis Elias via trade. While the two trades cost the team Wade Miley and valuable prospects, Dombrowski has demonstrated that he will not stand pat and enter the 2016 season without reinforcing the roster to the best of his abilities – or, reinforcing it in the way he sees fit. The roster seems to be set, with Red Sox “Truck Day” being on February 10, and it is thus not too early to analyze the team as it currently stands.

MLB.com’s Red Sox depth chart is the main source for these rankings and their analysis.

David Price is the team’s obvious ace, signed to be such, and will be the Opening Day starter. Who follows Price, likely Clay Buchholz, as the team’s number two, seems to be set as well. Rick Porcello and Eduardo Rodriguez fill out the three or four slots, and Joe Kelly will be fifth, at least to start the year. The rotation has a few question marks after Price – can Buchholz stay healthy? Maybe? Can Porcello finally settle into his number three role and pitch to what works for him (keeping the ball down and not attempting to be a power pitcher)? Can Rodriguez quit tipping his pitches and establish himself as a premier lefty in the game? And can Joe Kelly’s dominant end-of-season run continue, or can he at least come close to it?

Depth is the rotation’s strength more than domination, as Henry Owens, Brian Johnson, Roenis Elias, and Steven Wright provide serviceable backup options. Owens, Johnson, and Elias all could be deemed more than serviceable as well, but more Triple A time will not do any damage, especially for Johnson, who will be returning from elbow problems.

The main highlight of the 2016 bullpen is Craig Kimbrel, who took Manuel Margot, Javier Guerra, Logan Allen, and Carlos Asuaje to pry away from the Padres. Carson Smith took Wade Miley and Jonathan Aro to get from the Mariners, and both Kimbrel and Smith will team up with Junichi Tazawa and Koji Uehara to form a back-end of the bullpen that rivals the Yankees’ and Royals’ in dominance – or so it’s hoped. Robbie Ross Jr., Matt Barnes, Tommy Layne, Heath Hembree, and Noe Ramirez are all bullpen options, and even Elias and Wright could fit in there if necessary; Kelly as well, if he falters in the rotation.

The bullpen was a weakness of the Red Sox in 2015, but in 2016, it should be a lot stronger, even if it took a lot to nab Kimbrel in particular.

Mookie Betts will be a star, or is already, depending on who you talk to. He will be in right. Jackie Bradley Jr.’s outfield prowess guarantees him the center field job if he can prove to be able to hit at least to a fraction of his late-season run in 2015. Rusney Castillo will be in left, hoping to have a breakout season, and Chris Young, Brock Holt, and Travis Shaw (if he plays some outfield, probably left) provide decent bench options.

Andrew Benintendi, the team’s first-round (seventh overall) draft pick in 2015, will likely be lurking around the corner come late summer or September, if he continues his huge production and torridly ascends the system, as Kyle Schwarber (Cubs) and Michael Conforto (Mets) did following their college careers. He’ll likely be more of a realistic option in 2017, though, leaving a Castillo/Bradley/Betts outfield, with Young getting a fair share of at-bats, as the primary set.

Pablo Sandoval has reportedly dropped 20 pounds this offseason, and his production in 2015 (-0.9 WAR, according to Baseball Reference) probably, hopefully, can’t get worse. Travis Shaw and Brock Holt provide valuable depth.

Xander Bogaerts, with Holt and Marrero behind him.

Dustin Pedroia is a, or the, face of the Red Sox, but he has to stay healthy, because his 2015 production was actually very good. Brock Holt and Deven Marrero may see a fair amount of time, though. It’s not realistic to expect Yoan Moncada to be a call-up, even in September, and he may not be a second baseman by the time his call-up occurs.

Hanley Ramirez, the man, the crusher, and the enigma, struggled terribly in left field in 2015, but first base requires less motion, but more intricate footwork. A former shortstop, though not exactly an elite one, Ramirez should hopefully not be a travesty here, but that is a possibility. His bat should rebound, but if his defense is intolerably horrid, Travis Shaw, Brock Holt, and minor league raker Sam Travis (by September, or even earlier, perhaps) exist as options.

The Red Sox have a lot of catching depth, and it’s a great problem to have. Blake Swihart will be the primary starter, with Ryan Hanigan his backup, as Christian Vazquez works his way back and builds his strength in Pawtucket at the start of the year. Once Vazquez is ready, the Sox may find themselves in an interesting predicament – to balance Swihart’s abnormal catcher’s offense, Vazquez’s defensive prowess, and Hanigan’s veteran presence. But this is a “problem” that any team would love to have.