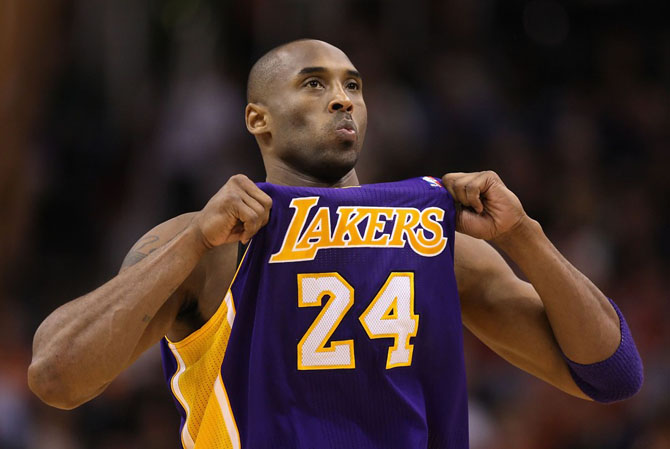 Bryant’s 20-year career has been historic, and it may not be over. (Courtesy Photo)

Everyone has done it – taken the brown bag that your buffalo chicken pizza from Suppa’s came in, crumpled it up, sized up the trash can and said “Kobe” while you missed terribly.

Kobe Bryant is almost an enigma in the sense that he has been characterized as the greatest, most selfish, worst teammate, deadliest scorer, most one-dimensional and most overrated player the game has ever seen. This writer still has not made up his mind.

Without looking at the numbers yet, let’s try to remember Kobe as a player. His turn-around jumper was textbook. His athleticism was other-worldly, and he had the ability to score at will. But with that being said, all of that involves scoring. Did Kobe do anything else? Was he ever a dynamic playmaker or a guy who made his teammates better? Nobody has ever accused Mamba of being either of those things, and I have a problem with that.

But the Black Mamba is clutch, right? That’s the word on the street – opposing teams do not want the ball in his hands in crunch time. Here is the thing, Kobe is anything but clutch, and for no good reason, he has been labeled as such. The people who call Kobe clutch are the same people that only remember his last second makes, not his last second misses.

From March 2014 to January 2015, Bryant missed 13 straight game-tying/go-ahead field goals in the final five seconds of the fourth quarter and overtime. The reality is that nobody in the history of the NBA has thrown up more bricks over the course of his career than Bryant himself. The same man who is number three in scoring all-time holds the record for most missed field goals.

Free agents do not want to go to L.A. to play with him and the ones that do want to leave as soon as they witness “greatness.” Bryant undoubtedly had a hand in the decline of Andrew Bynum, drove Dwight Howard out of town and was the biggest reason Shaquille O’Neal was fed up with L.A. It was even reported that Paul George had no interest in the Lakers during free agency because of Bryant’s policing of the locker room.

So why is Kobe considered to be one of the greatest? The guy is synonymous with winning, and that is something that cannot be disputed. Along with five rings, he has two NBA Finals MVPs and two Olympic Gold Medals. He was elected to the NBA All-Defensive First Team nine times, the All-NBA First Team 11 times and holds 18 All-Star selections under his belt. Don’t forget his MVP, two scoring titles and his place in the record books as the all-time leading scorer in Los Angeles Lakers history.

Scoring 81 points against the Raptors, winning three consecutive championships and doing more in two different jerseys than most players do in one puts things into perspective – he was dominant for the better part of 20 years. He has scored more than 60 against five different teams and his lowest career high against a single team is 40. Say what you want about the way he did it, but he did it playing for one organization.

I stand by the argument that Kobe could play another four years in this league if he accepted a lesser role – but that’s not what Kobe does. In his final game wearing the purple and gold – Kobe did his best Kobe impression. Against the Utah Jazz, he dropped a smooth 60 points, including outscoring the entire Jazz team in the fourth quarter 23-21.

This is not the end of Mamba, it is only the beginning. He will undoubtedly be around the game for the rest of his life, just like Michael. But that’s only comparison between the two that this writer is willing to make.