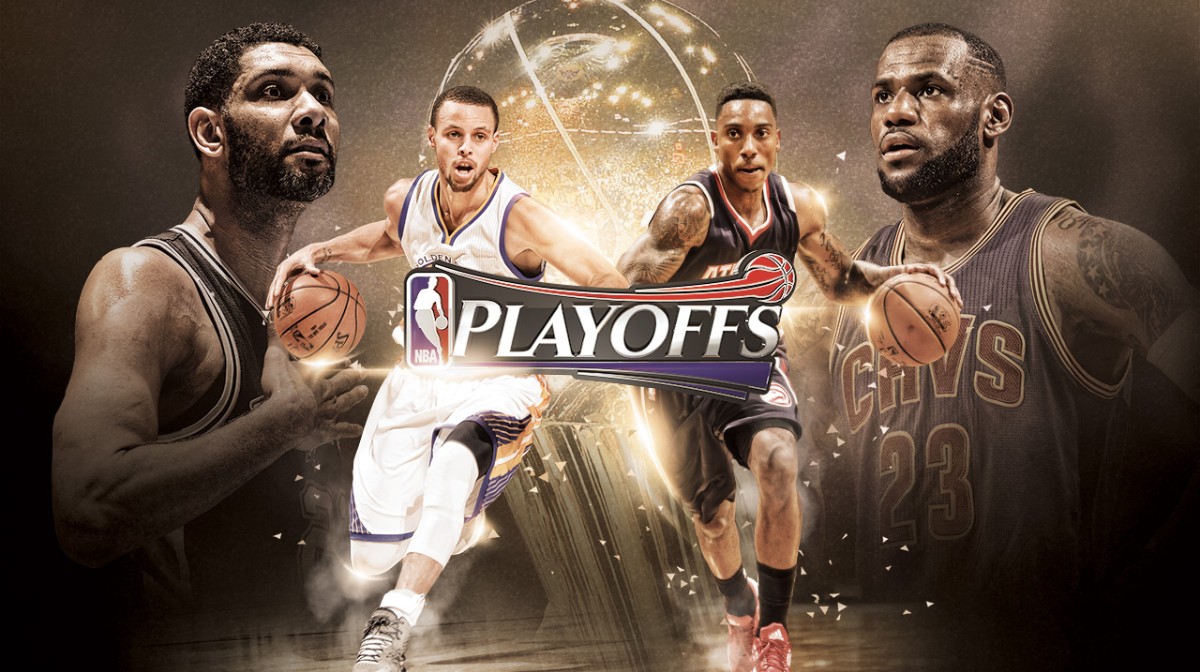 Way back before this NBA season tipped-off, our sports editor turned campus life editor Shane Foley did a preview of the season in which he predicted the Warriors to become back-to-back champions. While Foley’s seeding order may have been a little off, the Warriors are certainly justifying his pick for champion.

The Warriors have dominated this season from coast to coast. Steph Curry and company have been fantastic all year, and as the playoffs are set to start Saturday, it’s looking more like a race for second.

But let’s take a look at the matchups anyway, and make some predictions.

It’s still Cleveland’s conference no matter what anyone tries to tell you. Curry dominated the press and will win his second consecutive MVP, well deserved, but LeBron James has had another fantastic year behind the scenes. The Cavs seemed to play better when they bumped up Tyronn Lue to head coach, but that shouldn’t play a factor in this series at least. James could win this by himself. Cleveland 4, Detroit 0

I feel bad for the Raptors – I really do. It was another great season North of the border for All-Stars Kyle Lowry and Demar DeRozan, but the Raps got arguably the toughest matchup. DeRozan and Lowry are fine players, but Indiana’s Paul George can be the best player on the court if he wants to be. Home court should help, and the Raptors hopefully learned from last year’s post season debacle. Toronto 4, Indiana 2

Charlotte is a fun team to watch, and Kemba Walker has solidified himself as an all-star. But Miami just has too many athletes. Hassan Whiteside will be a force in the paint, and oh yeah, Chris Bosh, Dwayne Wade and Goran Dragic are still there. Plus, Joe Johnson has been a surprisingly great fit for a team that has been playing well down the stretch. Sorry MJ, you’re going to lose the wins record and your Hornets early. Miami 4, Charlotte 1

Probably the definition of a coin-flip. Whoever wins this series will get spanked by the Cavs.  The Celtics did themselves no favors by not tanking their final game to move down to the six-seed to avoid Cleveland in the second round. For a front office trying to sell its fan base on team progress, Brad Stevens and the C’s need to win this series to justify Danny Ainge’s recent moves. Celtics 4, Hawks 2

It’s simple, Cleveland. However, the C’s will win a game because of improvement, plus LeBron will probably miss half of a game after stubbing his big toe on a cameraman or something stupid like that. Cleveland 4, Celtics 1

The magic stops here for Toronto. You could easily see them being too fatigued from their first round matchup and drop one at home in games one or two. Plus Miami has more all-stars, and that is what wins. Miami 4, Toronto 2

This will be a better Eastern Conference final than most people would think, but there is no reason why Cleveland should not win. Would not be surprised if LeBron decided to show that he is still the best player in the world during this series. Cleveland 4, Miami 1

I said up above that it was Steph Curry and company, and that was really wrong of me. Guys like Klay Thompson, Draymond Green and Harrison Barnes give this TEAM so much flexibility. That is what the Warriors are at heart, a team. Not like James Harden and co. Warriors 4, Rockets 0

San Antonio lost a fair amount of games down the stretch, but that is irrelevant. Memphis has been banged up all year (the fact they are in the playoffs is a miracle), and Kawhi Leonard will make sure the Spurs roll. Spurs 4, Memphis 0

If Curry was not doing what he is doing, then Russell Westbrook would be getting a good look at league MVP. Plus Kevin Durant is still a marksman from downtown, and an all-around beast. It’ll be interesting to see the moves the Mavs make this offseason, as Dirk will probably announce his retirement tour soon after the season ends. Thunder 4, Dallas 1

This will be a great point guard matchup between Chris Paul and Damian Lillard, but it’s one that Paul should win. The Clips have arguably played better without big man Blake Griffin, but adding a player of that caliber back into the mix can only help this time of year. Lillard and fellow marksman C.J. McCollum will get hot for a game or two, but not the series. Clippers 4, Portland 2

This analysis will look similar to the Cleveland vs. Boston series. Warriors win easy. The Clippers averaged single-digit loses to Golden State this season, but still got swept – much of what will probably happen here. Warriors 4, Clippers 0

Something is really pulling at me to take the Thunder in this one…but I just can’t. The Spurs just do not lose at home (except to the Warriors), and that should continue. Like with the Mavs, it will be interesting to see what the Thunder do when Durant hits free agency in a few months. Oh by the way, the Warriors have the money to add Durant this offseason – think about that scenario. Spurs 4, Thunder 3

The Western Conference final everyone is hoping for. Both teams do not lose at home, and that will be the case for the first five games of this series. Curry will go off for a MJ-esque, 50-plus point performance in game six on the road to bring his team to the finals again. Warriors 4, Spurs 2

A night after they beat Memphis, the 71-9 Warriors went into San Antonio, a team that had won 48 consecutive home games, knowing they had to win to keep 73 wins alive, and they won. The No. 1 seed was already locked up, but the Warriors did not care. They showed in that game what they can accomplish when they put in their full effort. Winning 73 games was a season-long goal, and nothing was going to stop them from getting there. That being said, this group knows they need to win the championship in order to validate all their accomplisments. This Finals rematch will go the same as last year, and who knows if LeBron is going to flee Cleveland again. Nothing has stopped the Warriors all year, and nothing will. Warriors 4, Cleveland 1