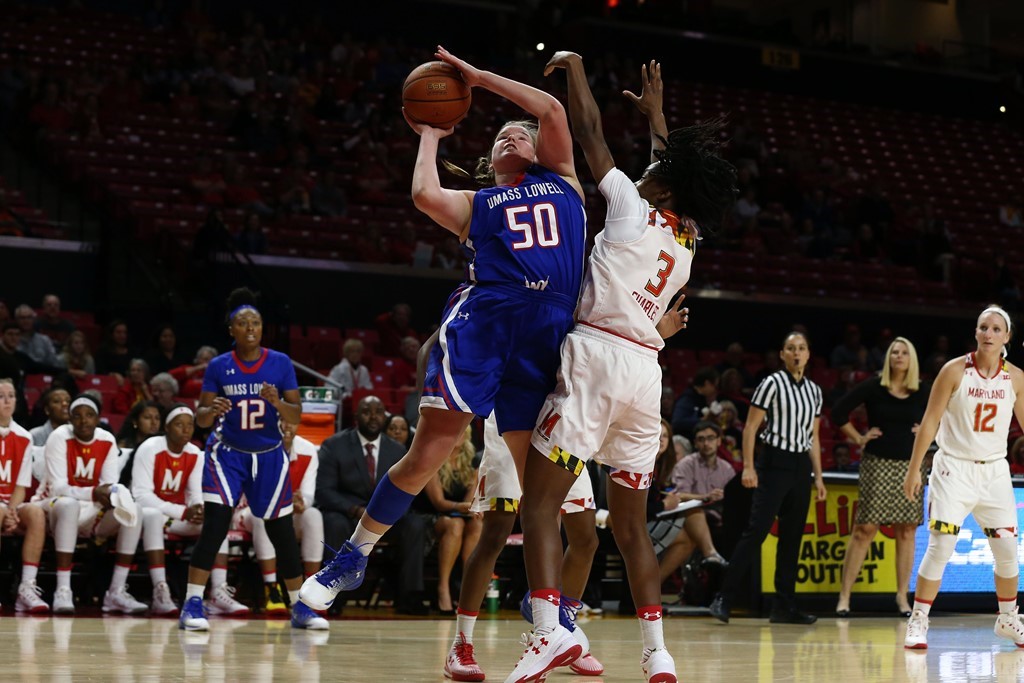 Despite a high energy start, the UMass Lowell women’s basketball team (0-3) was unable to break through Fairfield’s (2-1) defense.

The River Hawks fell 41-65 against the Stags in their home opener.

“I think we’ve got to go back to the drawing board and figure some things out,” head coach Jenerrie Harris said on the loss.

The River Hawks matched Fairfield point for point in the opening minutes, with early baskets by senior guard Nicole Hayner and freshman guard Shawnkia McCallum. Hayner lead the team in points with10 for the game.

However, Fairfield was able to break down UMass Lowell’s defense, notching 14 points in the first quarter. The River Hawks earned nine in the first. Turnovers plagued the team early on, with UMass Lowell committing ten.

The second period started with a better look defensively for the River Hawks. But UMass Lowell was unable to keep pressure up, and Fairfield extended their lead by end to end the half. UMass Lowell saw another eight turnovers in the period.

The River Hawks added another 14 points in the second quarter, led by junior forward Kayla Gibbs, who completed three shots and a pair of free throws for eight points.  Gibbs finished the night with just eight points on the night.

“We have to have people who want to shoot the ball,” Harris said, noting the frequently open players who didn’t receive a look on offense.

Again, UMass Lowell was able to come out swinging early as the second half got underway. Sophomore forward Katherine Smith put two on the board with a jumper to start off the scoring in the second half.

However, UMass Lowell faltered halfway through the third period as Fairfield connected to earn 17 points while the River Hawks added just nine.

Which is when things turned foul. The third quarter saw ten fouls, with UMass Lowell committing six. The River Hawks added another three, while Fairfield had five in the fourth.

The River Hawks return to action on Sunday at 2 p.m. against the Longwood Lancers.