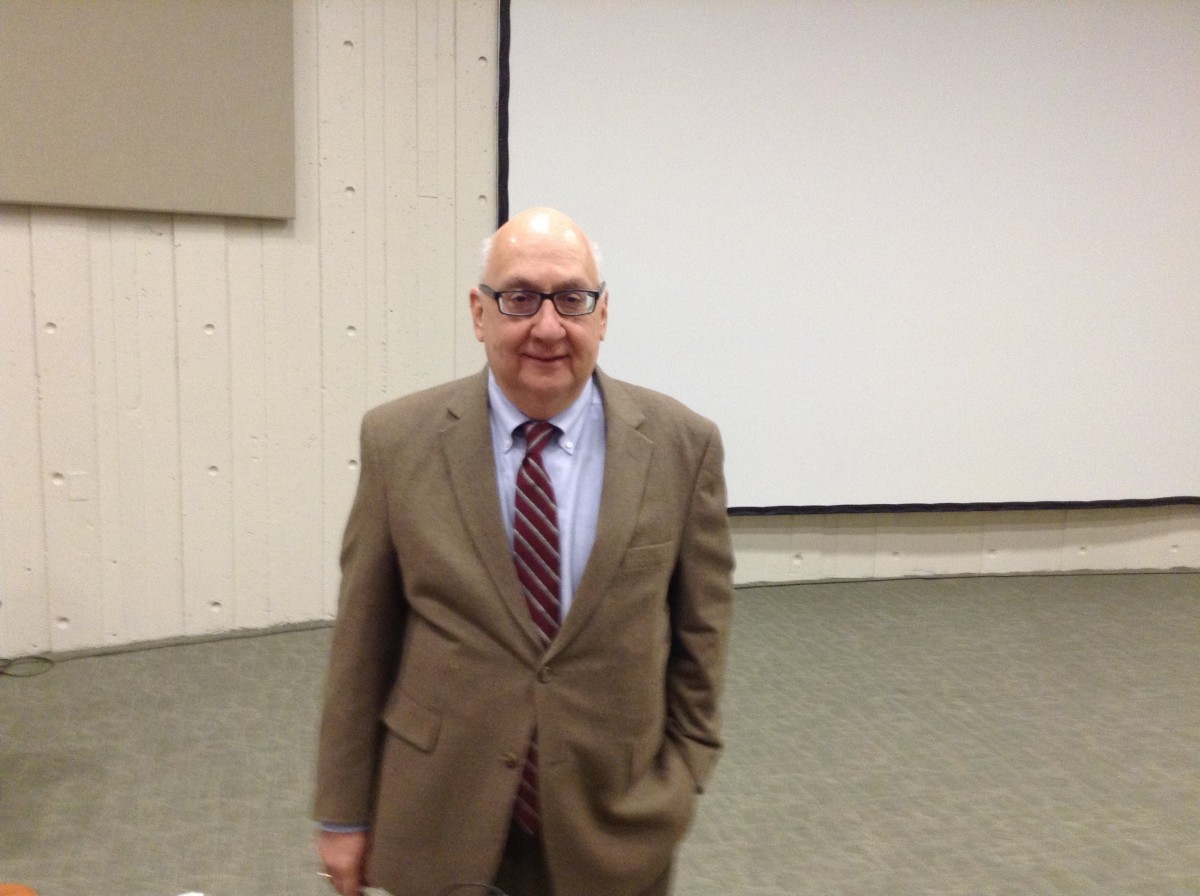 Joe Sciacca has been at the Boston Herald for thirty-four years, the last seven of which he has been the editor-in-chief. He was inspired to become a journalist when he witnessed the role the news made during the Watergate scandal.

On Tuesday, April 4, Sciacca, current editor-in-chief of the Bostin Herald came to speak in the lecture hall of UMass Lowell’s O’Leary Library.
Over the course of his guest appearance, Sciacca covered a number of topics related to the press, most notably their role in dealing with President Donald Trump and what he perceives as problems that need to be fixed in the field of journalism.

At the beginning of the talk, Sciacca made it clear what his intentions were with his appearance at Lowell. “I was interested in coming to speak to you today, not so much to speak to you but to speak with you, and… get some sense of what you think as younger people about how the press is covering President Trump, whether or not you have faith in that coverage, whether or not you think that coverage has credibility,” said Sciacca. This dialogue between Sciacca and the attendees would come at the end of the talk when the platform was opened to questions.

The talk started out with Sciacca talking about what the role of the press is. He said that the media is perceived as a fourth branch of the government and how he believes that journalists must be aggressive when it comes to politicians. “We’re the [media] watchdogs,” he said. “As far as I’m concerned, there’s nothing that should be…off limits in terms of what you ask the president for a question.”

“I’m concerned about the future of the country, like any citizen, but as a journalist I’m really concerned about where the press will be in four years. What [Trump’s presidency] is doing to the news media. Donald Trump has declared war on the press… calling us enemies of the people and fake news,” Sciacca said. He was quick to point out that Trump was not the first president to “declare war” on the press, citing Richard Nixon during the Watergate Scandal and Barack Obama’s initial refusal to be on Fox News.

A point that was brought up about the media is how they carve out their viewers and what that means. Sciacca questions whether the way media is operating is about journalism and the importance of getting information to the people, or if it is more about marketing, ideologies and revenue, and that results in people not trusting the media. “A lot of Americans are starting to view the American press as not covering the resistance to Donald Trump, but being part of the resistance to Donald Trump.”

Sciacca ended by sharing how he believed the media could regain credibility outside of their niche audiences. He said, “It’s important for the press to understand what people that supported Trump are saying, understand what people who want Trump out right now are saying, and somehow find a way to provide news and information in some balance to the coverage that will inform people, will force spotlight on any wrongdoing and abuses, but will not play into this perception that you can’t believe anything that you read in news organization reports; that news organizations have no credibility.”