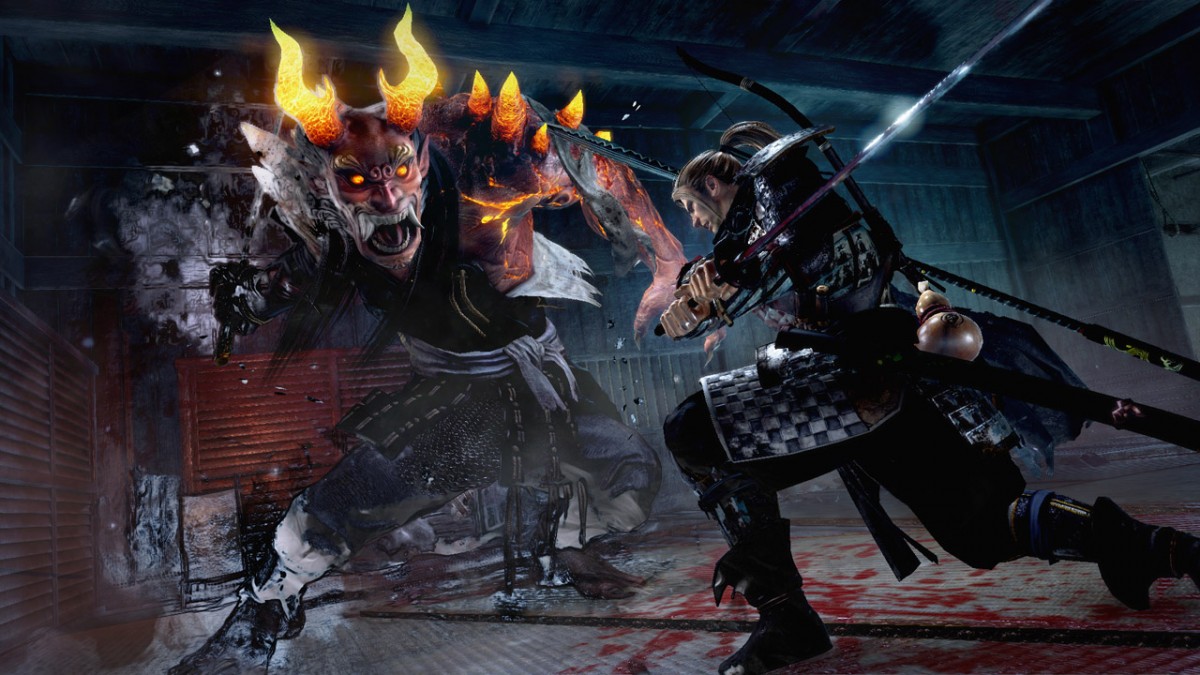 “Nioh” began development in 2004 and was originally an adaption of “Oni,” an unfinished film script written by legendary Japanese filmmaker Akira Kurosawa. (Courtesy of Koei Tecmo)

The year 2017 is looking to become a festive year in the world of gaming with an upcoming string of big titles such as the recently released Capcom’s “Resident Evil 7: Biohazard” and the new addition to the Mass Effect franchise “Mass Effect: Andromeda.”

Among these is a PlayStation 4 exclusive called “Nioh,” an action role-playing game from Team Ninja who are best known for the Ninja Gaiden series. The game has players assume the role of William, a man in possession of a guardian spirit named Saoirse who is soon stolen by an evil sorcerer named Edward Kelly. William follows Kelly arriving on the shores of Japan where he becomes entangled in a web of war, conspiracies and monsters.

“Nioh” takes much inspiration from the Dark Souls series by developers FromSoftware, who are well known for their intense and punishing difficulty. This includes several familiar gameplay mechanics such as players having to retrieve their collected experience points if their character dies.

However, even though it uses this and other mechanics from the Dark Souls games, “Nioh” still manages to bring several new elements of its own. Unique gameplay, vast missions and raw combat take players of “Nioh” on an incredible journey with each challenge they face bringing them a step closer to saving Saoirse and facing Kelly.

As opposed to other role-playing games, players cannot create their own characters, but they can build William’s stats as they see fit as they gain levels which are obtained by collecting the game’s version of experience points called Amrita. These points are gathered by defeating enemies and finding many smaller sources scattered across mission maps. They can also equip William with a variety of armor with each having their own bonuses to stats and fighting ability.

There are several weapons that William can wield: a katana, dual blades, spears, axes and the Kusarigama (sickle and ball chain) with secondary long range weapons being the longbow, rifle and hand cannon. Each melee weapon has their own strengths and weaknesses with a tree branch of skills they can unlock along with the ability to learn Ninjutsu skills, which are abilities like throwing shurikens, and using poison powders or Onmyo magic, which uses talismans to cast spells.

Combat is fast and requires the player to react quickly in each engagement that they face as any enemy, no matter what form they may take, is more than capable of sending William back to a starting point so players have to think on their feet to achieve victory. The game also requires a bit of strategy as there are certain ways the player can approach to defeat an enemy because just simply rushing in can lead to disastrous results.

It takes a bit of time to learn the game’s controls such as switching between fighting stances as weapons not only have different advantages and disadvantages, but also play differently.

Another interesting mechanic is the guardian spirit, which are entities that grant an array of bonuses to William. When enough Amrita (experience points) is acquired, the player can use a powerful technique called Living Weapon which allows William to fight with greater ferocity for a short period of time. This is useful in dire situations.

As the player progresses, they will encounter other historical figures who will at some point grant their own guardian spirit to them adding another powerful trump card that could help the player down the road.

There are many missions that have the player navigating through the area while fighting enemies and other obstacles put in their way. Most objectives require the player to reach the end of the stage where they must defeat that mission’s last challenge, which usually takes the form of a powerful boss.

All missions are re-playable allowing the player to revisit past areas in order to seek out things they may have missed or just to experience everything again. However, there are elements such as level design and enemies that are recycled which can hamper the experience a bit and is commonly present in the side missions.

Even after completing the game and all of its missions, there is more offered to the player among these being a new game plus mode called “Way of the Strong.” In this mode, the difficulty is raised and makes enemies more aggressive and tougher than before while giving players the chance to get their hands on “divine” weapons which are more powerful than what could be found in the game’s standard difficulty.

The narrative of “Nioh” is probably one of its weaker points, as most of it is given to the player in pieces during each main mission. This is because it comes off as fragmented. It lacks a flow from one event in the story to the next.

There is also a lack of solid characterization. Despite being the game’s protagonist William has very little development. This also extends to the many characters he meets is as what is learned is then told to the player in either a character library, which contains a biography of the game’s entire cast, or in flashbacks. This as a result leaves a lot to be desired in the Show Don’t Tell department.

Aside from a few minor flaws, “Nioh” is a solid game that can stand alongside not just the Souls franchise, but the big titles coming out this year.It is absolutely worth getting, especially for those who enjoy high difficulty gameplay with high risk for rewards stakes.